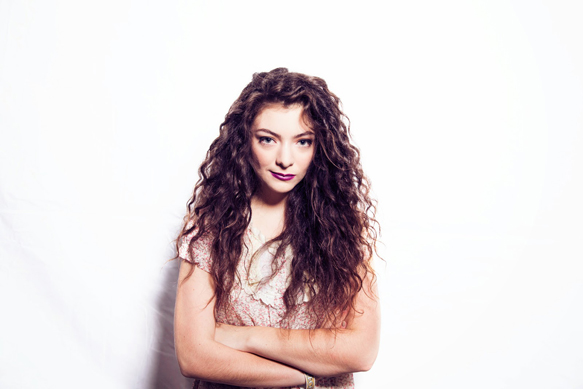 Considering that The Hunger Games: Mockingjay Part 1 was the most anticipated film of 2014, it is expected to have a killer soundtrack as well. Lorde was certainly put to the test with this challenge, as executive producer, having a greatest presence on this diverse album. Along with other upcoming 2014 artists, the soundtrack covers an exciting range of emotions and styles to uniquely represent the story of the first half of The Hunger Games finale.

Lorde’s domination on this soundtrack gives it the eerie and mystic tone that compliments the theme of The Hunger Games films. The intensity and power of her voice rings through your ears in the most delightful way possible while creating a completely unique atmosphere. Her opening track with Stromae, “Meltdown,” would not sound nearly as commanding without her presence, and her closer “Ladder Song” is just as stunning with its chilling, slow diversity. Her highlight, however, is “Yellow Flicker Beat,” a ballad that portrays the fighter in lead character Katniss Everdeen (“I’m a princess cut from marble / smoother than the storm”). Girl power!

Speaking of which, this sound track is full of bold women in the music industry. This a great move on the soundtrack’s part, considering how prominent female roles are in the film. These talented women offer a lot of strong futuristic and atmospheric sounds to the album. Chvrches’ “Dead Air” portrays the time period effortlessly with its airy yet haunting ambience, while “Scream My Name” by Tove Lo continues the running theme with a more liberating and rebellious tone, parallel to the theme of Mockingjay. One of the best tracks came from these lovely ladies as well. Charli XCX knocks it out of the park with “Kingdoms,” a chilling ballad dominated by fluttering piano instrumentals and unforgettably soothing vocals. As the track surges into a finale, instrumentation stacks as gorgeous elements like the violin and synth beat leads to a collision of gentle ferocity — odd but spectacular.

There are many different styles on this soundtrack that listeners would not expect from the rustic sense of The Hunger Games. These songs would have sounded great as their own, but when integrated in the track, it just leaves audience confused with the overall theme. “This Is Not A Game” by The Chemical Brothers have the lyrical intent of a rebellion (“Say I know what I’m doin’ / I’m talkin’ ’bout a revolution”), but the mainstream hip-hop style of it makes the idea hard to visualize. It goes even more off track with Tinashe’s sensual R&B track “This Leap.”  During moments like these, the soundtrack is not as cohesive as a film soundtrack should be.

Nevertheless, there are the standout tracks that do capture the idea of Mockingjay really well. These intense and adventurous tracks pull all the emotions and thoughts from listeners as if they were watching the movie. Raury’s “Lost Souls” has a remarkably eerie sound that is filled with potent beats and ominous, staccato vocal rhythm. The wild and liberating tone from the building acoustic guitar complement the landscape of the film. Another fitted track for this soundtrack is the wild “Original Beast.” Grace Jones takes this favorite track and uses its animalistic and tribal sounds to musically describe the brutality and chaos of rebellion. Unique percussion choices also have power in the fusion of all the exotic elements of this complicated song. Synth, animal noises, tribal drums, and spooky vocals all create a hectic and pulsing atmosphere to ultimately shock the listener. Tracks like these both showcase individual skill while contributing to the ideas of Mockingjay, making them the highlight of this soundtrack.

The soundtrack to The Hunger Games: Mockingjay Part 1 shows an interesting concept of the way mainstream music is incorporated in distinctly characterized cinematography. Sometimes it really works, while other times, they are only included to showcase the artist rather than the appreciation for the film. Whether the diversity was complementary or not, there is no doubt that it is entertaining. CrypticRock gives this soundtrack 4 out of 5 stars. 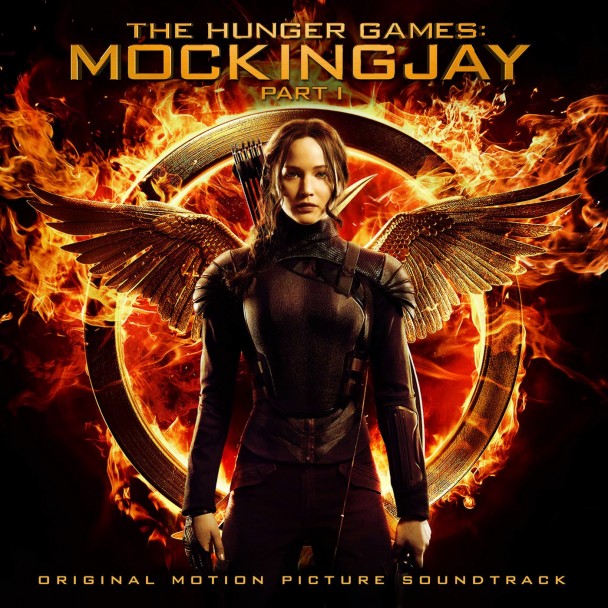