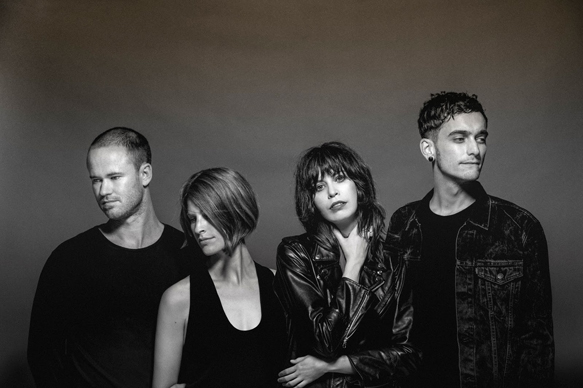 While the latest oeuvre of The Jezabels carries much of the Australian band’s ethos – their preference for minimal instrumentation, spacious structures, synth orchestration, subtle danceability, and soulful and soaring vocal styling – its overall aesthetics is a change of emphasis. Whereas its predecessor was rhythmically aggressive and guitar-oriented, this year’s Synthia is, as the title hints, more synthesizer-dominated, structurally sparse, and more lyrically introspective. Despite this, the band’s music still unfailingly attracts enthusiasts of New Wave, Synthpop, and Dream Pop – genres The Jezabels swims in.

Formed in 2007, in Sydney, Australia, The Jezabels are the quartet of former University of Sydney students Hayley Mary (lead vocals), Heather Shannon (piano, keyboards), Samuel Lockwood (lead guitar), and Nik Kaloper (drums, percussion). To date, the band has released three full-length albums: the hyperdrive Prisoner (2011); which harked to the melodious wall-of-guitar proclivity of many ’80s-originating Shoegaze pioneers such as My Bloody Valentine (“Feed Me with Your Kiss”), Slowdive (“When the Sun Hits”), Lush (“Superblast!”), and Pale Saints (“Language of Flowers”), and the Post-Punk urgency of early Siouxsie & the Banshees (“Spellbound”), the Guitar Pop of The Brink (2013), and the synth-drenched and less intricate architecture of Synthia.

Released on February 12, 2016, The Jezabels’ latest oeuvre opens with the seven-and-a-half-minute progressive Dream Pop ballad “Stand and Deliver,” which has an initial hint of U2’s “Where the Streets Have No Name” only to burst afterwards as Mary’s voice soars like a Cocteau Twin above an ocean of pulsating and undulating synthesizer melodies. The pulse continues onto “My Love Is My Disease,” slowly rising to a crest of Kaloper’s frenetic drumming that may recall The Cure’s “The Hanging Garden.” The ambience then shifts to the simple, yet sexy swagger and guitar jangle of “Smile.”

“Unnatural” is classic Synthpop sound at its finest; a standout for its scaling synthesizer line, while the heart-rending beauty of “A Message for My Mothers Passed;” another album highlight, marries the sentiments of early Tears for Fears (“Suffer the Children”) and the Neo-romanticism of Depeche Mode (“See You”). Next is the sinister-sounding Industrial stomp and grate of “Come Alive,” which shines through with its loud-quiet dynamics. Then there is the cruising mood of “Pleasure Drive,” paving the path of the reinvigorated The Cars (“Blue Tip”). The piano-led “Flowers in the Attic” finds The Jezabels in a poignant disposition; the sad tone of Shannon’s piano arrangement plus the sweet-sour feel of Lockwood’s guitar parts comes across as a nod to The Cure’s balladry (“Trust” and “There Is No If,” in particular, will come to mind). Furthermore, serving as a break from all these heartwarming tearjerkers, “If Ya Want Me” brings the listener to the glittery dance floor and The Jezabels themselves to the contemporary Indie Pop arena alongside genre mates like Metric (“Breathing Underwater”) and Stars (“This Is the Last Time”). Finally, the generous cut and slow lullaby-esque swoon of “Stamina” closes Synthia satisfyingly.

Considering the length of half of the songs in their new album and the sudden shift of style, The Jezabels exude an air of laid back confidence and dressed-up defiance. And these contrapuntal, but effectively complementary traits radiate in the sonic sculpt of every song Synthia contains – carefree but controlled, proud yet seeking assurance, poppy but progressive, poignant at most but still upbeat in some corners. CrypticRock gives this album 4 out of 5 stars. 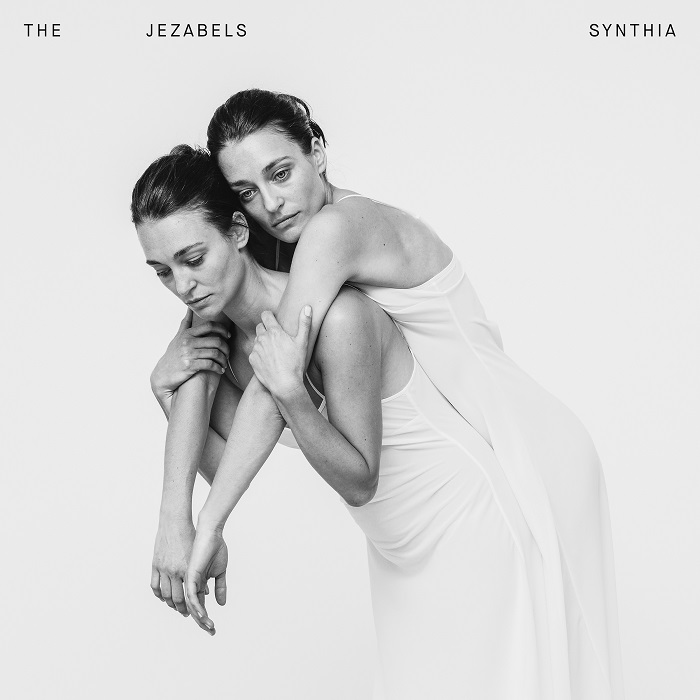