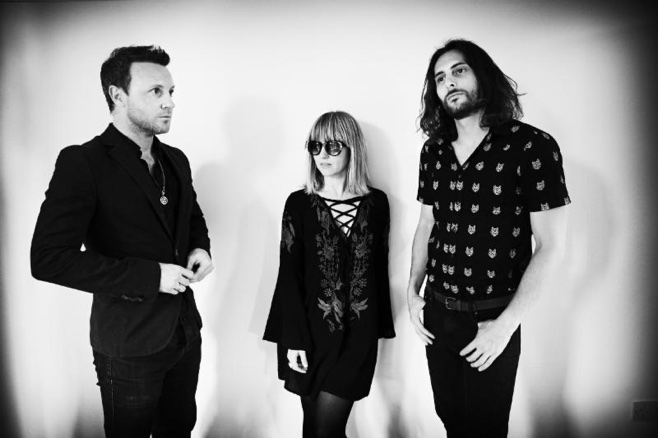 The sound of The Joy Formidable’s latest oeuvre is much more textured, diverse, and adventurous, compared with its predecessors. Its musical concept may be regarded as an updated and fattened sound of the infectiously melodious and subtly noisy Britpop-Grunge combo that developed during Alternative Rock’s mainstream breakthrough in the 1990s. Starting referential points include the saccharine Pop Punk of Elastica (“Stutter”), Echobelly (“Great Things”), Letters to Cleo (“Here & Now”), and fellow Welsh band Catatonia (“Bleed”) and the more abrasive, guitar-oriented bands like Catherine Wheel (“I Want to Touch You”) and My Bloody Valentine (“Sometime”).

Released on March 25, 2016, The Joy Formidable’s latest, third album, Hitch, opens with the ’80s-Gothic Rock-tainted “A Second in White,” which has also a faint echo of Southern Death Cult’s “Fatman.” Next is the powerful “Radio of Lips,” whose soulfully rendered vocals and soft bed of strings effectively blend with the frenetic tom-based drumbeat, driving basslines, and wiry guitar part. The mood then turns loose and casual with the bluesy Classic Rock feel of “The Last Thing on My Mind,” owing to the twangy guitar ad lib and four-on-the-floor drum pattern. A sudden ear-catching turn of pace occurs with the gloomy Glam/Power ballad “Liana,” whose appeal is completed by a customary piano-led intro and lead-guitar interlude, which may recall some of the bittersweet songs of Lita Ford (“Close My Eyes Forever”) and the dark allure of Evanescence (“Bring Me to Life”). The galloping 3/4 rhythm of the guitar-led folky “The Brook” gives the listener a time to breath after a slew of Shoegaze-like songs.

“It’s Started” begins unassumingly with an Electronic Dance-inspired drum loop, only to revert to the album’s general guitar-heavy concept as the song progresses. The adrenaline then drops again with the slow tempo, minimalist “The Gift,” save for the anthemic guitar interlude that may remind a Metal aficionado of the guitar deity Steve Vai (“For the Love of God”). After this breather, the drumroll-heavy “Running Hands with the Night” takes the listener to the dancefloor or the moshpit, whichever one prefers. Another change of style comes next, via “Fog (Black Windows),” whose tribal drum-and-bass rhythm, chiming guitars, and overall New Wave and Indie Pop sensibilities make it in league with the likes of Cranes (“Jewel”), The Heart Throbs (“Dreamtime”), and Craft Spells (“The Fog Rose High”).

The jewel of the album, “Underneath the Petal” is a different kind of sonic beast. Its intricate Classical-inspired guitar, strings, and woodwind arrangement harks to the ’60s Canterbury Pop of the English band Caravan (“Winter Wine”). Apart from its intro of sparkling guitar harmonics, “Blowing Fire” blazes with Shoegaze temperament. Finally, Hitch finishes with the initially acoustic setup of “Don’t Let Me Know,” which transitions into beautiful midnight echoes of Satriani-like styling and then bursts into a wall of fuzzy and swirling guitars and wailing vocals – a combo akin to a mix of Cocteau Twins (“Eperdu”), Hum (“Stars”), …And You Will Know Us by the Trail of Dead (“Relative Ways”), Switchfoot (“Stars”), and No Devotion (“10,000 Summers”).

Currently based in London, England, The Joy Formidable was formed in 2007 in North Wales. The Welsh band consists of Rhiannon Bryan (lead vocals, guitar), Rhydian Dafydd (bass, vocals), and Matthew James Thomas (drums, percussion). In their roughly a decade’s existence, the trio have released three full-length albums – 2011’s  more aggressive and straightforward The Big Roar, 2013’s Wolf’s Law,  and this year’s much more diverse Hitch. What sets the music of The Joy Formidable apart from many of those of its contemporaries is its good sense of adventure, diversity, and unpredictability, especially highlighted in the band’s new offering. The members’ confidence to explore and express their eclecticism and honesty in paying stylistic homage to their countless influences shines through. CrypticRock gives Hitch 4 out of 5 stars. 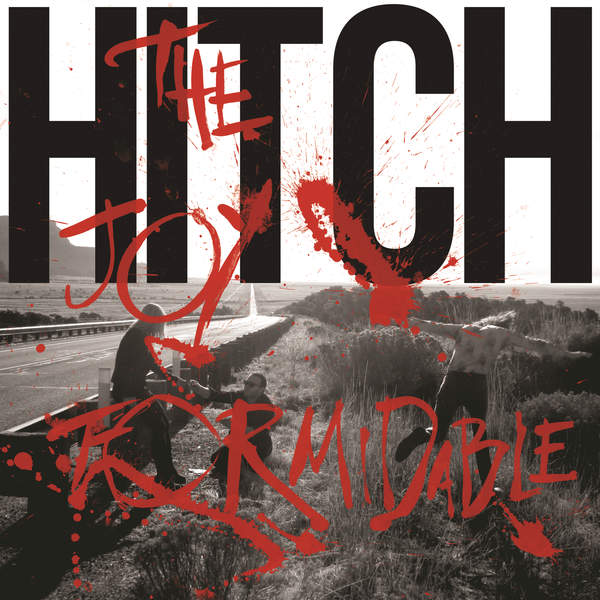