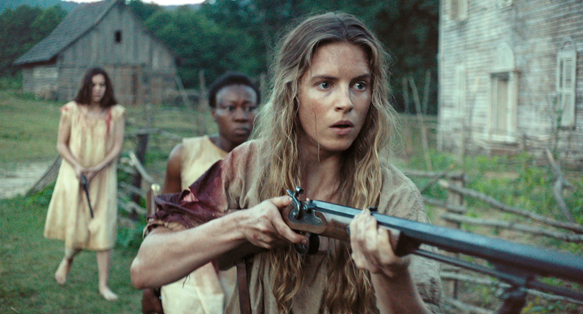 A timepiece, The Keeping Room provokes its audience to think about how people, especially women, really lived after surviving the Civil War. With an astonishing ensemble of great actors including Brit Marling (Another Earth 2011, The East 2013) as Augusta, Hailee Steinfeld (Ender’s Game 2013, Pitch Perfect II 2015) as Louise, Sam Worthington (Avatar 2009, Clash of the Titans 2010) as Moses, Muna Otaru (Syriana 2005, Rendition 2007) as Mad, and Kyle Soller (Fury 2014, Anna Karenina 2012) as Henry, just to name a few, it seems that the characters each had their role written specifically for them. Now, on February 2, 2016, Drafthouse Films unleashes The Keeping Room on Blu-ray/DVD for a larger audience to see.

After The Civil War is over, sisters Augusta (Marling) and Louise (Steinfeld), along with their former slave—now housemate—Mad (Otaru), struggle to survive in a town left without men thanks to the war. The women know their lives as they knew it are obsolete. They have come to terms with having a very modest life where they have to work hard to be able to stay alive. The reason why Mad is a former slave is because she is not the only one who grabs the hoe and cultivates the land; rather, Augusta and Louise help her with the house chores equally. Augusta is the all-fair adult who is taking care of her rebellious and somewhat spoiled little sister, Louise. Where Augusta is respectful towards Mad, Louise does not give importance to her and often looks down on her. More than a slave, Mad is like an aunt to the girls and she does not let anyone treat her any less than a human being.

The story opens up with a white woman being shot in the back by Moses (Worthington), all while a slave woman is watching from afar. Behind the slave, Henry (Soller) points his revolver at her head and pulls the trigger. If that does not seem extreme enough, both men set the carriage they were traveling in on fire with yet another slave, this time, a man. Viewers draw conclusions immediately, guessing they have found the antagonists of the story. Back at the farm, Augusta and Otaru run tirelessly towards the woods after hearing Louise’s painful screams. Louise explains she had just been bitten by a rabid raccoon and she is in excruciating pain. This makes Augusta angry towards Mad and slaps her right across the face. Mad, not being a pushover whatsoever, slaps Augusta back. Realizing this did not solve anything, they both help Louise into the house. Flustered, Augusta does what anyone else would do in her situation and goes to town to get the medicine needed. At the town, Augusta goes to what seems to be a bar and asks for medicine from the bartender. There, she encounters Moses and Henry, and that is when the first confrontation begins. On top of the horse and with a rifle in hands, Augusta warns Moses and Henry to stay away from her or she will shoot. They stay back while she rides off into the sunset. Augusta gets home, supplies the medicine to Louise, and thinks that was going to be the end of it. 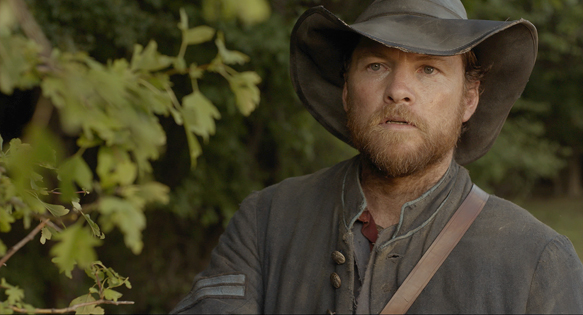 Fast-forward a day, Moses and Henry were able to track her down and make way to the farm. After successfully curing Louise, Augusta hears a dog barking outside. This makes her grab her rifle and shoot him. She goes back into the house and tells Louise and Mad to stay inside. After several attacks on the house, Augusta draws Moses out, prompting Henry to alternately go investigate inside it. This is where the movie gets darker. Moses follows Augusta and feels discouraged to shoot her right away; one could only assume that he feels something other than sexual tense towards her. After a little word play, they both shoot each other but both are only left with wounds. Augusta knocks Moses down and starts going back inside. Back inside the house, Henry knocks the door down and hits Mad right across the face, knocking her out too. Defenseless, Louise tries to run away, but Henry catches her and rapes her violently. Just as he is about to shoot Louise in the face, Mad shoots him from behind instead, killing him for good.

After hearing a sad life lesson from Mad, the women hear a noise outside. Mad grabs her revolver and Augusta grabs her rifle. Augusta shoots a black man who apparently was a friend of Mad. Before he dies, he warns Mad that more lost soldiers are coming. Augusta sees that Moses’ body is gone and follows him to their farm’s keeping room. Wounded and having lost a lot of blood, Moses has a conversation with Augusta. He explains that the war has left him with nothing else but a bruised mind. Nothing good came from it and the ones who did survive just wanted to have fun, not caring who lived or died. Nothing was going to stand in their way and it was easier for him to do what he wanted due to the lack of men. He tells Augusta that he could not kill her right away because she made him feel different than all the other girls. He also explains he is lost and pleads her to help him find his way. Augusta stands up and helps him find his way by shooting him in the face. When digging a hole for the three corpses, Augusta and Mad sees black smoke and fire emanating from afar. They go back inside, giving up hope. Louise advises them to run away, dressed up with unflattering men’s clothing, and try their luck to live a little longer. They set fire to the house, and as we see them leave, a horde of soldiers are getting closer. Will they survive longer? Or will their lives come to an end by the hands of other soldiers whose lives also were ruined by the effect of The Civil War? 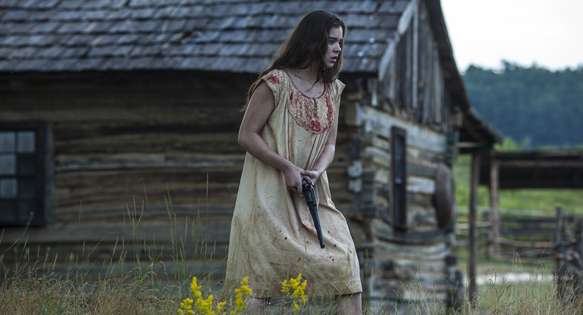 Rated R by MPAA, The Keeping Room, lasting one hour and thirty-five minutes, keeps the audience on the edge of their seats and gives them a glimpse of knowledge on how things were not always as some other directors depict them. The film has Drama pinned down as its genre, but really, it is much more than that. To categorize this movie as a Suspense, Thriller, Action, or even Horror, is to put it lightly. Above all, after viewing The Keeping Room, most will have the overwhelming sense that society should not ignore history. The Civil War left people in a less-than-desired environment, but nobody knows exactly what each of those people went through. In a time driven by slavery, Augusta knew that to survive, they had to maintain equality during The Reconstruction Era, stating that, “We’re all niggers now.”

In addition, The Keeping Room also shows viewers how soldiers may come back from war. Not everything is a happy ending, and this is epitomized perfectly in the film. It tackles problems from every character in the movie; each had their own backstory. It also exemplifies that even though they were just women in a time where women were considered defenseless, they combined all their strength, and together, fought to survive. For the reasons of challenging subjects such as slavery, rape, double-standards, and after-war soldier behavior, The Keeping Room is sure to not only entertain, but educate viewers while raising awareness of America’s history. CrypticRock gives The Keeping Room 4.5 out of 5 stars. 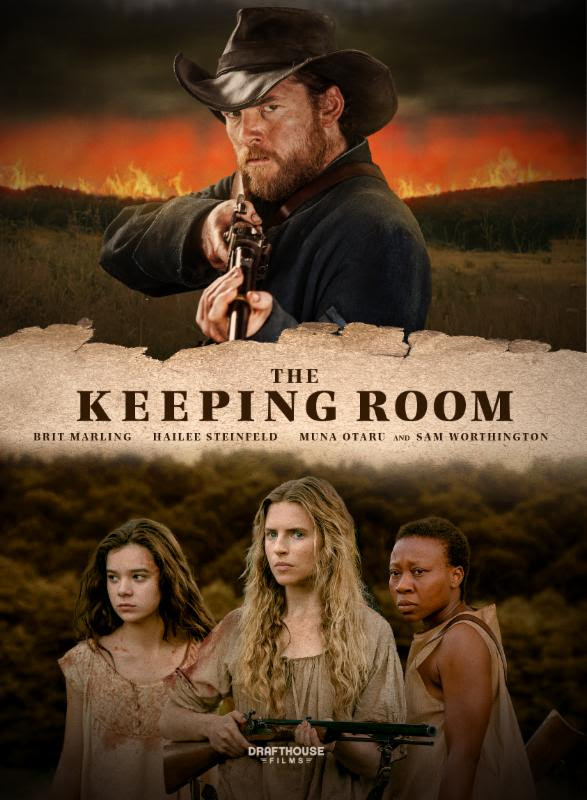 Purchase The Keeping Room on Blu-ray/DVD on Amazon