The Kinks – Sunny Afternoon: The Very Best Of (Album Review) 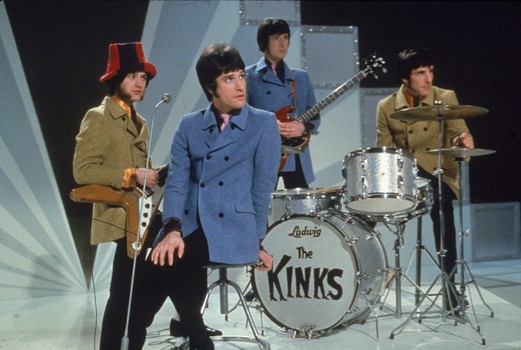 When referencing legendary bands that have influenced society, artists and music alike, The Kinks are at the top of the list. Their hit songs are credited with laying the foundation for Heavy Metal and Punk music in the decades that followed and continue to be an inspiration for today’s artists. The Kinks came to the United States during Rock music’s British Invasion in the early 1960s. The original quartet was comprised of Ray Davies at the helm, his younger brother Dave on lead guitar, Mick Avory on drums, and Pete Quaife on bass. A musical based on the band’s career and music, “Sunny Afternoon,” premiered in October of 2014 in the Harold Pinter Theater on London’s West End. It tells the true-life story of the band’s rise to Rock-n-Roll stardom and won four Olivier awards- similar to the Tony’s on Broadway- including Best New Musical and Outstanding Achievement in Music.

On October 30th 2015, The Kinks, Sunny Afternoon: The Very Best Of will be available via Amazon as an import from BMG. The 2-CD features the early tracks, such as “Just Can’t Go to Sleep” and “Dead End Street,” that  lay the groundwork for the unique sound and hits that came later in their career. They have an up-tempo guitar and drum-heavy sound that is instantly noticeable as being from that time period. The album also has the classics that have endured for generations, like “Set Me Free,” “You Still Want Me,” “Till the End of the Day,” “This Is Where I Belong,” and “I Gotta Move”. There are bonus tracks chosen by Ray Davies that he felt would fit within the context of the show and album. He has also included several BBC interviews, session tracks and a 1965 interview with a local US television station that offer quite a bit of insight for fans.

The title track “Sunny Afternoon” was atop the charts when England won the 1966 World Cup. A year later, “Waterloo Sunset” was a smash hit and is even cited as an everlasting favorite of The Who’s Pete Townsend. There are songs included in this collection that may not sound as familiar to some fans, such as the romantic ballad “The Way Love Used to Be” and the quirky “Look A Little On The Sunny Side.” “Maximum Consumption,” “The Moneygoround,” and the uncommon-sounding “Denmark Street” share commentaries on the state of the music industry.

Introspective lyrics about missing the days of the past are dominate in the tracks “Where Have All The Good Times Gone”, “Days”, the slow tempo “Sitting In My Hotel” and the harmonic “A Long Way From Home”. “I’m Not Like Everybody Else” is an ode to individuality, while “Too Much On My Mind” and the beautifully done piano-solo “I Go To Sleep” are about those restless nights. The slow, emotional songs “This Time Tomorrow” and “Tell Me Now So I Know” express desperation, but none of the songs in this set convey this sentiment better than “A Rock ‘n’ Roll Fantasy.” The song’s production uses stereo effect to highlight the tempo changes and harmonic riffs that make it one of the most musically beautiful songs ever recorded. The blending of rhythm, harmony and vocals blends into a unique sound many consider to be The Kinks’ signature sound.

The melodic, almost ethereal, songs “Tired of Waiting” and “This Strange Effect” are examples of the band’s musical and emotional range. It is not all sadness though as The Kinks show their fun side by picking up the beat with tracks that are unexpected gems. “Gotta Be Free” has a distinct honky-tonk folk feel and sound. The catchy beat and lyrics of “Party Line”, “Who’ll Be the Next in Line”, “Starstruck”, “Brainwashed”, and the hard-driving strains of “Powerman” are all great listens that will get even the most jaded critics bopping their heads. Topping it off with perhaps their most recognizable songs are “You Really Got Me,” “All Day and All of the Night,” “Victoria,” “Stop Your Sobbing,” “A Well Respected Man,” “Dedicated Follower Of Fashion,” and the risque “Lola.” It is undeniable that these songs were meant to be classics.

The second CD finishes with BBC interviews and session recordings, the last of which is the Dave Davies song “Death of a Clown,” featuring the use of a harpsichord to give it the feel of a circus in mourning. Although all the songs in this set are available have been available on other albums for decades, this collection is a must have for Rock fans old and new. The catalog of songs in this collection forever cement The Kinks influence and legacy in rock history. CrypticRock gives this album 5 out of 5 stars. 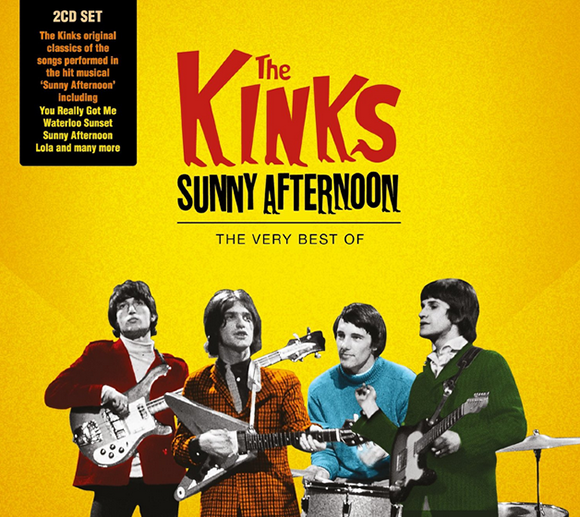