The Last Showing is a British Horror film that was written and directed by Phil Hawkins (Being Sold 2011), stars horror icon and legend Robert Englund (A Nightmare on Elm Street series), the beautiful Emily Berrington (24: Live Another Day) and Finn Jones (Game of Thrones series) who plays the lead Protagonist Martin.  Having it’s worldwide premiere at the London FrightFest Film Festival back in August the film is garnishing a lot of praise from horror film buffs.

Martin and his girlfriend Allie (Berrington) are headed to a midnight showing of Wes Craven’s The Hills Have Eyes 2 (1984), which Allie really wants to attend, and Martin does not, but because of Allie’s persistence they decide to go. Meanwhile, the audience is introduced to a very quiet and polite man named Stuart (Englund) who works at the movie theater and is putting together his master plan upstairs during which he is called on the radio by the manager and asked to finish his shift and go home early to which he declines and goes downstairs to work concession.  Martin and Allie arrive and head straight for concession where they meet Stuart. Allie asks for a soda which Stuart drugs and gives to her before her and Martin go into the theater finding themselves alone for the showing.

During the showing Stuart runs into the manager and he is asked to leave and when he refuses is told he is fired, Stuart responds to this by telling him that he quits and then attacks the manager and knocks him out with a dosed cloth. Then the manager is tied up and Stuart goes to turn off the film and cut the lights in the theater which draws Martin and Allie into the lobby where Allie, finally feeling the effects of the drug, goes into the bathroom and passes out. While Martin is in the lobby waiting,  Stuart puts his plan into action which is to make his real life horror film using Martin and Allie as his central characters. 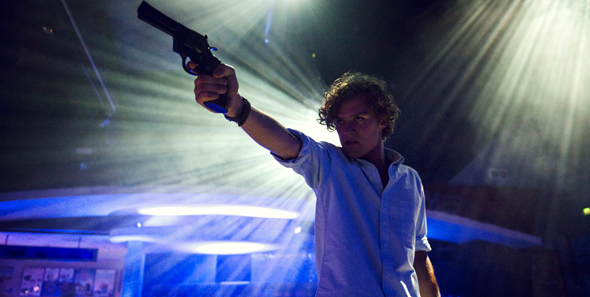 A lot of films these days use horror icons in them to lure genre fans and capitalize on their name, but never really utilize them properly and with the respect and role they deserve. This has been true of Englund’s career of late and he has become more of a selling point than an actor that impacts the film.  The Last Showing is the first film in a long time where Englund is used effectively and he does not squander it. Englund is synonymous for his iconic portrayal of Freddy Krueger and it has followed him throughout his career by being type-casted but in The Last Showing fans see a different side of him. They see a calm and collected man with manners and a sense of integrity. His character is unique and fresh in the overdone villain role. 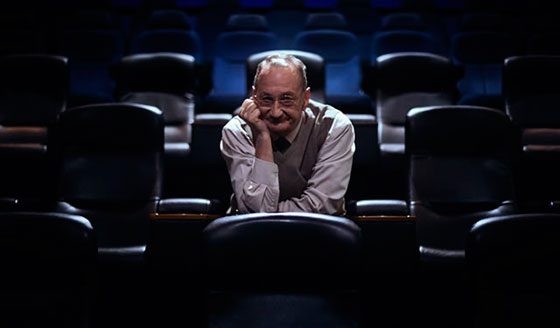 The Last Showing looks great with high production value, and a creative, fun story line. Englund has fun with this role and it shows because the audience is laughing and having fun with him and his composed yet psychotic behavior. The Last Showing will probably be overlooked by genre fans which is a shame because it is a very entertaining film with a lot of playfulness and dark comedy laced throughout.  CrypticRock give this movie 4.5 out of 5 stars. 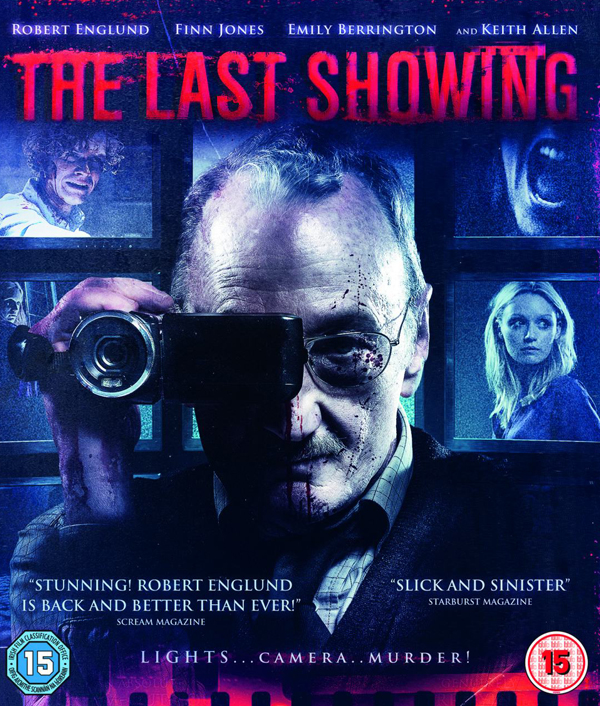 For more information check out Thelastshowingmovie.com