Being a fan of Horror films is not always easy. In a genre that is beset with tropes and stereotypes, one has to remind themselves that not every time they sit down for a masked killer flick that they will be getting every cliche in the book. When the checklist includes said masked killer, torture scenes, a motive to unravel, and a conflicted, but hard-nosed detective, it takes a deft touch to create something truly memorable. In his directorial debut, Michael Aguiar helms the aptly titled The Laughing Mask, and tries to put interesting spins on some of the familiar elements, but ultimately misses the mark amid a sub par script and disjointed narrative. 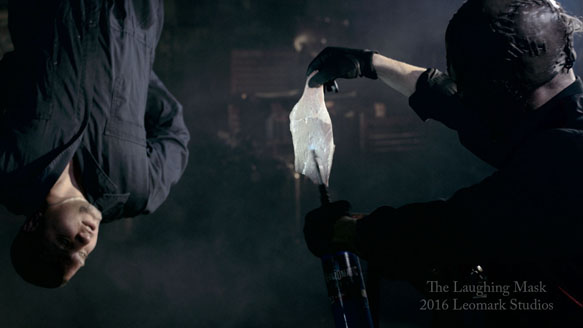 The film stars John Hardy (Treasure 2016, Haima 2016) as Jake Johnson, whose wife was killed by The Laughing Mask Killer and his daughter kidnapped. He is driven by revenge and has a rather unorthodox plan to get it – he essentially uses himself as bait by writing a book in hopes that the killer will come after him. The Deuteragonist is Detective Katherine O’Malley, played by Sheyenne Rivers (Dark Queen 2004, Realms of Blood 2004), who is put in charge of tracking down The Laughing Mask before he strikes again. Rounding out the main cast is Gabriel Lee (American Hostage 2015, Real Rob 2015) as Detective Cordova, and Jeffery Jenkins (debut film) as the masked killer himself. One of the main problems of the film is that none of these characters, except for O’Malley, are likable.

In the scene that introduces the audience to the police, they are examining the corpse of one of the victims, and make jokes about her breast enhancements, and other misogynistic comments, immediately turning the audience off to the people viewers supposed to be rooting for. Jake never really gains the traction a lead character should because he never effectively conveys the remorse he is supposed to. O’Malley is not unlikable, but her place in the story, meandering between finding the killer and a subplot involving a gang called The Rancors, does not allow her to have a concrete purpose, and Cordova is a textbook cocky detective who seems to exist simply as a foil to O’Malley. There is not a whole lot of chemistry between the characters in any scene, which does not help matters. 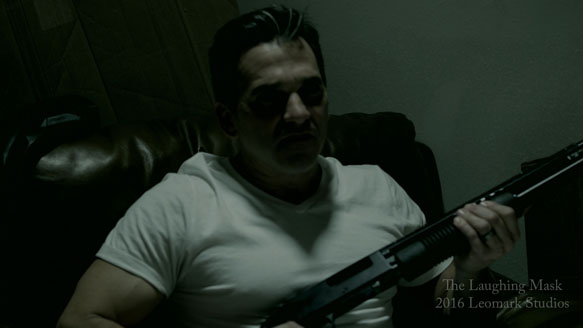 Aguiar tries to make The Laughing Mask character both unique and familiar, but he ends up being a garbled mess of pretentious characteristics that fall victim to the problem of trying to make him too cool. His calling card of sorts is music from the ’30s – the kind you hear in games like Bioshock and that young, hipster bands cover in the new post-modern jukebox trend. This was probably meant to add a little aesthetic spice to the character, but it only ends up begging questions from the audience. The music plays in his torture lair, and also when he is about to take his victims. It can be in someone’s house, or even at a loading dock, but that music is always there, leading us to think he carries around an old time radio everywhere he goes.

Another thing about him is that he is a seemingly unstoppable badass who was able to take out three armed gangsters by hand and knife. So we have a killer who cannot be found by the police, is a master at stealth and hand to hand fighting, can plan out elaborate kidnapping and torture, and basically has the whole city at his mercy as a lone wolf. It is just too much, and even though Horror films are not supposed to be taken seriously, making the killer completely untouchable hurts whatever level of believability or even likability Aguiar might have been going for. The mask itself is actually scary, but it is the only thing about him that is interesting.

The biggest problem the movie has is the script. The dialogue is nothing short of awful, rendering any interactions between any characters cringe-worthy. The delivery is the pits, but that could be chalked up to the poor writing – there is not much the actors can do with it. Key scenes such as introductions, Jake sitting down for a TV interview about his book and grief, and a bar scene with Cordova and the Rancors all fall completely flat. The sub plot involving The Rancors and the killer’s supposed connection to them brings the pacing to a grinding halt and does nothing positive for the movie. It would have been better to treat this as a straight Slasher film and use the subplot time to develop the characters more. The script shows a serious lack a cohesion and unfulfilled plot points, and the movie never recovers from its detrimental effects. 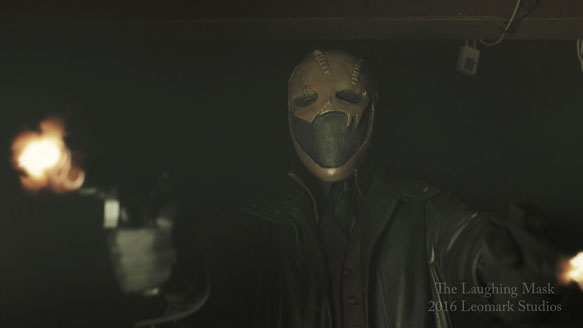 Overall, Aguiar’s attempt to put some panache on a Slasher film comes at the expense of the things that really matter. The Killer’s mask is scary, but the character himself is a kaleidoscope of Slasher tropes that never mesh well. The music does not blend well with the tone of the film and does not give the killer or the plot any more depth. The protagonist is driven, but never really connects with the audience. These aesthetic choices never stick because everything else is empty. The one memorable thing this film delivers is some good camera work, especially in the kill scenes, and a particular sequence of old cartoons while the same ’30s Jazz music played is one of the very few that hit the mark. But in the end, The Laughing Mask is a near complete miss. Those looking for the next memorable Horror villain, will have to look elsewhere. Although, the film will ultimately find an audience merely if they are looking for something to make them smile. CrypticRock gives The Laughing Mask 1.5 out of 5 stars. 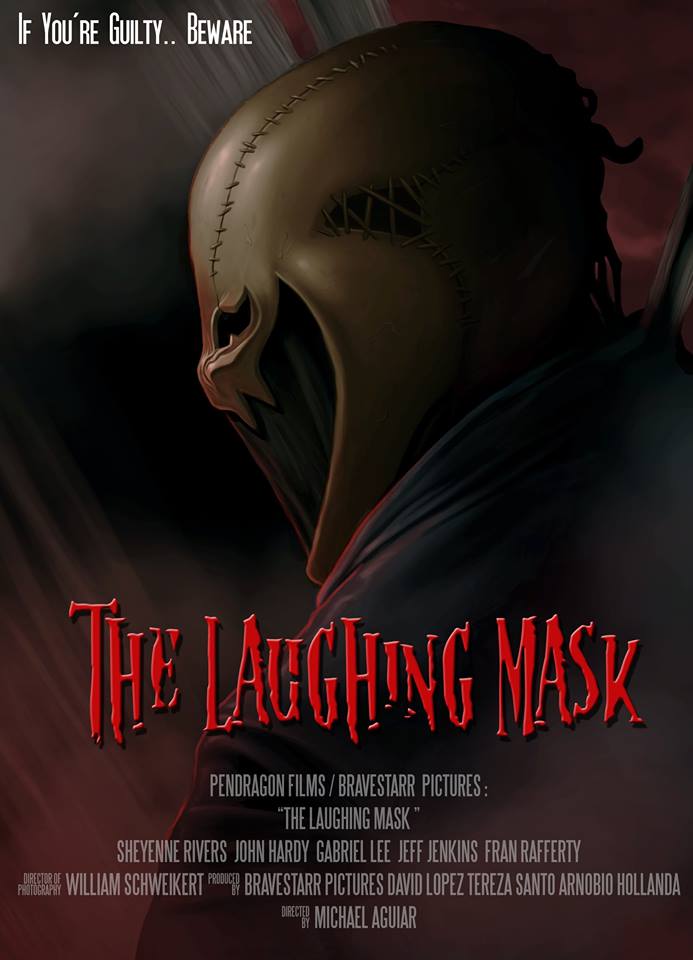 Purchase The Laughing Mask on Amazon