Where do we go after we die? Is it really possible to come back again once we are gone? The Lazarus Effect, the newest film from Blumhouse Productions and Relativity Media, answers that question in the most horrible way possible. Released February 27, 2015, The Lazarus Effect was helmed by first-time big screen director David Gelb (A Vision of Blindness 2008, Jiro Dreams of Sushi 2011) and was co-written by Luke Dawson (New York Stories 2003, Shutter 2008) and Jeremy Slater (Fantastic Four 2015). The movie stars Olivia Wilde (Alpha Dog 2006, House, M.D. TV series 2007-2012), Mark Duplas (The League TV series 2009-2014, Mercy 2014), Evan Peters (American Horror Story TV series 2011-2015, X-Men: Days of Future Past 2014),  Donald Glover (Community TV series 2009-2014, Alexander and the Terrible, Horrible, No Good, Very Bad Day 2014) and Sarah Bolger (The Spiderwick Chronicles 2008, The Tudors TV series 2008-2010) as the students working on a very dangerous project. This Sci-Fi Horror was composed by Sarah Schachner (Far Cry video game 2012, Now You See Me 2013) and has a production triumvirate with Jason Blum (Insidious 2010, Ouija 2014), Cody Zwieg (The Hills Have Eyes 2006, The Last House on the Left 2009) and Matthew Kaplan (Rapture-Palooza 2013, Jessabelle 2014). The special effects were a group effort between effects artist Zak Knight (Quarantine 2008, Insidious 2015), visual effects artist Joel LeLievre (Sin City 2005, X-Men Origins: Wolverine 2009), and special makeup effects artists Michael Ezell (Drag Me To Hell 2009, Insidious: Chapter 2 2013) and Kelly Golden (X-Men: First Class 2011, The Conjuring 2013). Filmed in a little under two months with a budget of just over three million dollars, The Lazarus Effect is a quick run, coming in at only eighty-three minutes and takes place almost exclusively in the claustrophobic, underground bunker of a college basement. 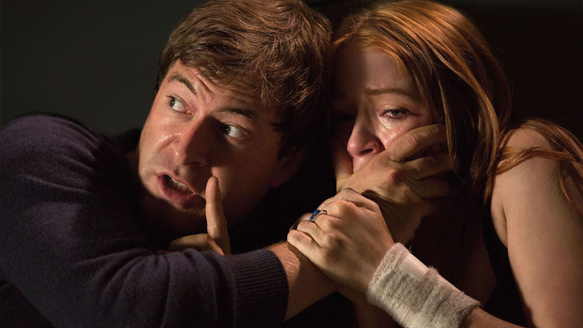 The movie follows Frank (Duplas) and Zoe (Wilde), two engaged researchers working on grant-funded medical experiments deep in the basement morgue of Berkeley College. They have spent the last three years of their four year grant trying to find a way to bring the dead back to life. Helping them out are two undergrads, Clay (Peters) and Niko (Glover). They decide to bring in Eva (Bolger), a videographer, to record what they feel is a coming breakthrough in their research. As the camera rolls, they insert a needle into the hippocampus of a euthanized dog and inject it with a serum that they hope will refire the synapses in the dog’s brain. At the same time, a Dr. Frankenstein-like electrical switch is thrown to jumpstart the dog’s heart. They are successful! The dog lives once again, his brain seems healthy (although those pesky synapses are going a bit overboard) and they have all of the notes and video they need to move on into more extensive trials. The dog does begin to act strangely, slinking up on the bed to watch Zoe sleep and literally bursting out of his crate to tear open the refrigerator. He also becomes very violent as the serum does not seem to be dissipating from his system. When the highly religious school finds out that the research being done was in bringing back the dead and not stimulating the brains of coma patients, the funding is pulled and the researcher’s materials, ID badges, and videos are confiscated. 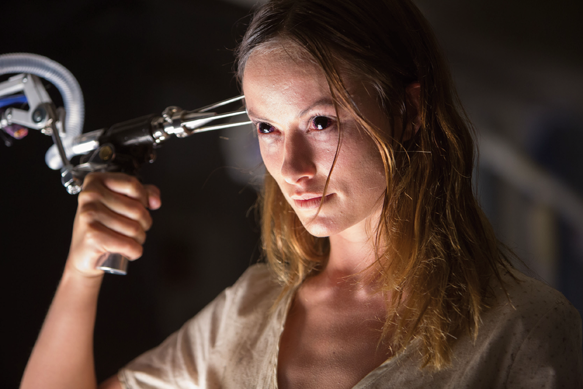 Still from The Lazarus Effect

It does not take long for the team to realize that they still have the knowledge of the experiment and need only to make another video of themselves recreating the effects to keep the credit and save their reputations. They break into the school in the dead of night and prepare another animal for reanimation. In her hurry to keep from being caught by the school’s security, Zoe forgets to remove her metal engagement ring before throwing the power switch and electrocutes herself. Stricken with grief at the loss of his fiancé, Frank takes the only step he can imagine – hook Zoe up to the machine and bring her back, consequences be damned. Once again, the procedure works. The person they bring back looks like Zoe, but her neural activity is going haywire, forcing her brain to evolve in record time. Not only is Zoe hyper-intelligent and able to control things with her mind, but she is also extremely angry. 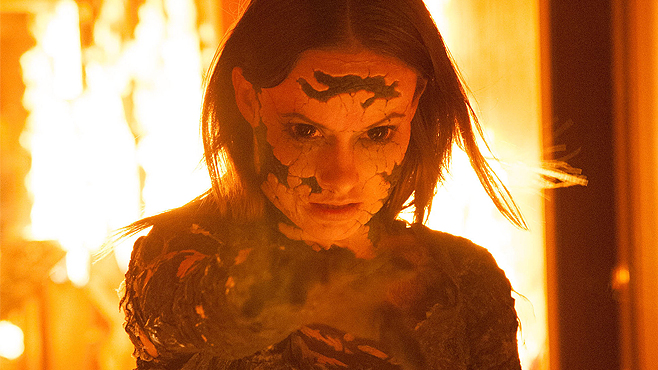 Still from The Lazarus Effect

The Lazarus Effect is an average Horror movie with a few jump scares but nothing really new to bring to the table, revisiting elements from previous films such as Flatliners (1990), Pet Sematary (1989), Frankenstein (1931), Prom Night II: Hello Mary Lou (1987), Lucy (2014), and even The Changeling (1980). There were also a few loose ends and more than one unexplored avenue that the filmmakers could have taken to make the movie more intense. The religion vs. science debate was an interesting theme, carrying through even to the name of the serum – Lazarus was the name of the man Jesus brought back from the dead in John 11 of the Bible. Olivia Wilde makes a pretty freaky looking bad guy, with her thin frame and clear blue eyes all blacked out and crazy looking. The movie was left open to a sequel, and one can only hope that the filmmakers dive a bit deeper into this storyline the second time around. CrypticRock gives The Lazarus Effect 2.5 out of 5 stars. 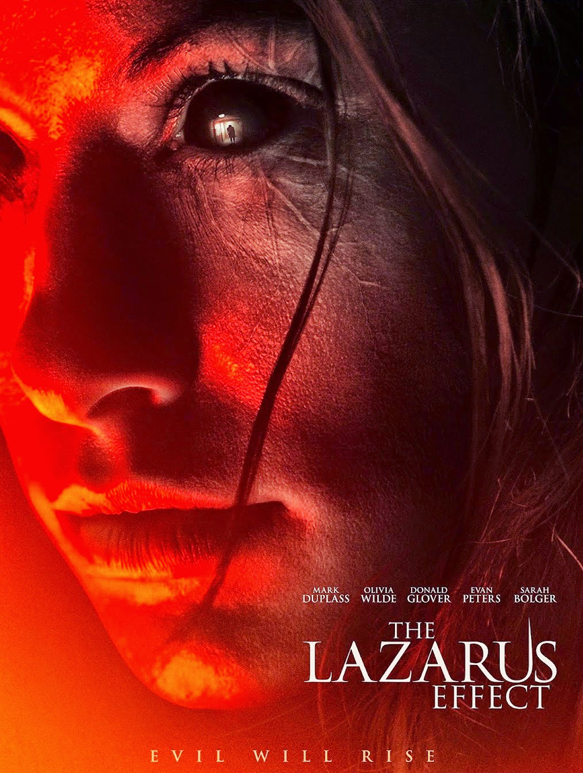