The Lemonheads – It’s a Shame about Ray Turns 25

Considering its twenty-fifth anniversary, the fifth album of the American Alternative Rock band The Lemonheads deserves a track-by-track re-assessment. Originally released on June 2, 1992, via Atlantic Records, It’s a Shame about Ray may be regarded as one of the landmark albums that best defined ’90s Alternative Rock music—grungy but melodic, lyrically streetwise yet poetic, and stylistically cohesive as a whole but distinctive when every song is taken individually.

Very apt with the festive atmosphere of the Alternative music scene in the early ’90s, It’s a Shame about Ray opened energetically with the short, upbeat “Rockin’ Stroll,” whose frenetic, snaking guitar intro trumped many other flashy Rock stompers of the time; it was indeed a rocking opener for a solid album that took its listener to a delightful stroll all throughout. The celebratory mood flowed flawlessly into the ensuing pogo-inciting bouncy hits of Drummer David Ryan in “Confetti,” whose title and unexpectedly virtuosic guitar ad-lib were a perfect call to celebration, at least in the musical sense.

Followed next were the somber and bittersweet sentiments of the title track, where Bandleader/Frontman Evan Dando (vocals/guitar) famously sang the now quotable line “I’ve never been too good with names, but I remember faces;” and its melodic twin, “Rudderless,” in which Dando was gasping both in despair and for redemption as he sang “ship without a rudder…” repeatedly as if struggling to stay afloat in a sea of agony.

The unusual, pensive ballad “My Drug Buddy” was a change of pace and mood; its slow tempo and controversial lyrics remain as potent today as it was at the time of its release; add to that, the bittersweet backing-vocal duties of Juliana Hatfield, The Lemonheads’ bass player for this album, shone through in this track. “The Turnpike Down” returned the listener to the sunny, hopeful, and upbeat temperament of It’s a Shame about Ray; with the repetitive line “Mark my path down” remaining as powerful and infectious as ever. “Bit Part” is another short, engaging stomper that had Hatfield’s mark all over it, from the angry spoken intro to the cutesy second vocals; and where Dando’s impassioned and pained voice sang desperately of longing and acceptance.

Then there was the punk-ily explosive “Alison’s Starting to Happen,” whose earthquake beat and mohawk-spiky melodies apparently alluded to one of Dando’s “lemon of his eyes” back in those days—Alison Galloway, the drummer of the Australian band Smudge. “Hannah and Gabi” was a different kind of lemon, bluesy with a lot of Country sensibilities, owing to the ubiquitous slide guitar courtesy of the Jazz Rock–oriented Guitarist Jeffrey Baxter, who was a founding member of the American band Steely Dan.

The playful and tuneful Guitar Pop track “Kitchen” may still be regarded as one of the album’s highlights, which featured also a cacophonous guitar styling that would have reminded the initiated of similarly melodic Noisy Pop stunts by the likes of Hüsker Dü (“Could You Be the One?”), Dinosaur Jr. (“Yeah Right”), Soul Asylum (“Somebody to Shove”), and The Screaming Trees (“Nearly Lost You”). The penultimate track, “Ceiling Fan in My Spoon,” was another frenetic and raucous mélange of ’60s Pop–inspired vocal melodies and ’90s Alternative Rock-Grunge combo.

Originally closing the album was a cover song—a short, acoustic-guitar version of “Frank Mills,” originally sung by the American stage Actress Shelley Plimpton in the 1968 Broadway musical Hair—which was only appropriate, with cover songs’ having become a customary part of any The Lemonheads’ album. However, added as the last track for the reissued edition of It’s a Shame about Ray was the chart-topping and breakthrough single for Dando and his band, another brilliantly rendered cover; this time, the Simon and Garfunkel classic “Mrs. Robinson,” which was what catapulted the album and, consequently, The Lemonheads to Alternative Rock stardom.

After everything has been said and done about the Alternative Rock music of the 1990s, and after assessing all the albums that Dando under the moniker The Lemonheads has released—from 1987’s Hate Your Friends to 2009’s Varshons—It’s a Shame about Ray, unarguably, remains to be The Lemonheads’ crowning glory and Dando’s creative pinnacle. It is definitely deserving of getting included onto the list of top Alternative Rock albums of all times of any music aficionado.

There is nothing shameful about Ray, after all. What one could really give The Lemonheads’ fifth are accolades, a well-earned homage and reminiscence and, most importantly, an afternoon of repeated spins on one’s record player. 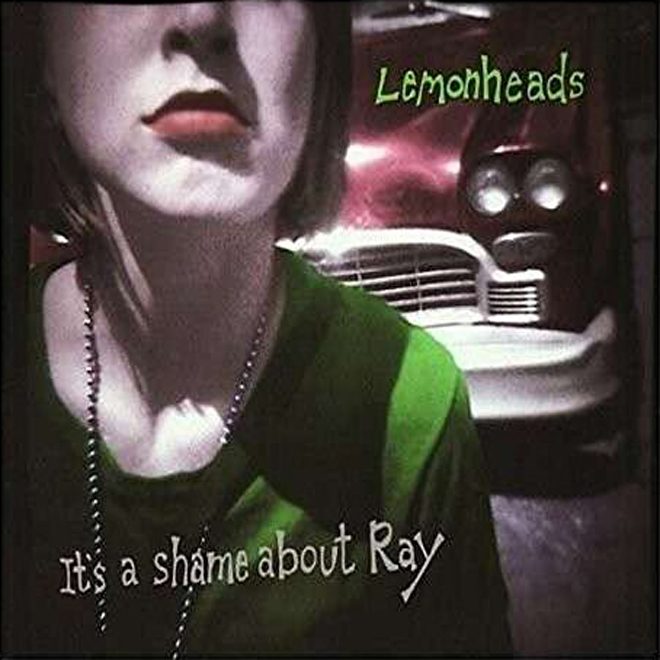 Purchase It’s a Shame About Ray:

Toad the Wet Sprocket – Starting Now (Album Review) Candlebox – Wolves (Album Review)
Like the in-depth, diverse coverage of Cryptic Rock? Help us in support to keep the magazine going strong for years to come with a small donation.