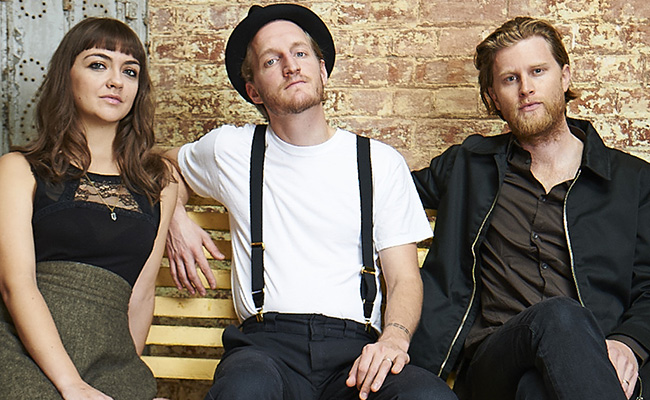 Denver, Colorado based Folk Rockers The Lumineers have snuck in under the radar and into fans’ heart without them ever realizing it. Their simple, humble tunes have become a staple in the music world, most notably the single “Ho Hey” from the band’s 2012 eponymous debut album, a track that hit #1 on a total of nine Billboard music charts, including Alternative Songs and Rock Airplay. The song went on to be nominated for Song of the Year in 2013 at the Americana Music Honors and Awards ceremony. In addition, both the band and the album were nominated for Grammys in 2013.

For those unfamiliar, this interesting band was formed by Guitarist Wesley Schultz and Drummer Jeremiah Fraites after Josh Fraites, Jeremiah’s brother and Wesley’s best friend, died of a drug overdose in 2002 at the age of nineteen. The two men used the creativity of music to cope with their loss. After posting a Craigslist ad, the two musicians found Vocalist/Cellist Neyla Pekarek in 2010, and two years later they released their aforementioned debut, self-titled album, which peaked at #2 on the Billboard 200 charts and went platinum in both the US and Ireland. Their second album, Cleopatra, was released on April 8, 2016 and sees the band working with Producer Ryan Hadlock once again. With the pressure on, do The Lumineers suffer from the dreaded sophomoric slump?

The record opens with the powerful yet simplistic “Sleep on the Floor,” setting the tone of the album with its catchy bump-shimmer tambourine and the maddening desire to escape the monotony of small town life. First single, “Ophelia,” follows the lead of the tinkling roadhouse piano into an undulating chorus that the listener cannot help but love. “Cleopatra” picks up the pace a bit, giving the strumming guitar a chance to shine and channeling the easy, natural flow of the Indie Rock band We Are Augustines, telling the story of a taxi driver forever late to her own life. The gorgeous guitar work continues in the heavy, soulful “Gun Song,” while the lyrics tell the story of a many who hopes to step out from the shadow of his father.

“Angela” returns to that sweet, simplistic picking that fans loved from the first album while “In the Light” takes a bit of a downcast air, letting the bare and unadulterated lyrics stand out as the song washes over one like the tide. The slow-burning, inspiring “Gale Song” is next, followed by “Long Way From Home,” a powerful song about watching a loved one die, with Fraites wailing, “More morphine, the last words you moaned/At last I was sure that you weren’t far away from home.” Next is the clean picking “Sick in the Head” before the album drops into deeper, more plaintive chords of “My Eyes,” two rather monotone songs that just do not have the musical power of “In the Light,” although “My Eyes” is brilliant lyrically. The last song on the album is the sweet, instrumental “Patience,” a track that lowers the listener off of the uplifting The Lumineers world and back into the reality of life’s harsh, merciless hardships.

Cleopatra is a soulful, more mature album than The Lumineers’ 2012 debut. The band kept the delicate, humble, yet deeply satisfying sounds of their first album but added more focused and streamlined lyrics and sophisticated compositions that build upon Lumineers rather than stray away from it, most notably in the first half of the album. As a whole, listening to Cleopatra is like drinking a tall, pure glass of crystalline water after a long, dusty, complicated trip. One does not even realize that they need this music until they hear it, and once they get a taste, they wonder how they ever lived without it.

The instrumentation washes over the listener like a cleansing wave that purifies and simplifies. Yes, they have been compared to Mumford & Sons, and on the surface, they are similar. Yet after hearing Cleopatra from start to finish, one realizes that The Lumineers rely on their singular talents, with every song offering a bit from each band member in an uncomplicated way, never giving in to multiple layers of instrumentation or complicated chords, offering a simpler, more pared-down sound that lets the music and lyrics flow naturally. The answer to the question is no, The Lumineers not only do not suffer from sophomoric slump, but they ascend above their debut album, using it as a step to rise above to bigger and better things. CrypticRock gives Cleopatra 4.5 out of 5 stars. 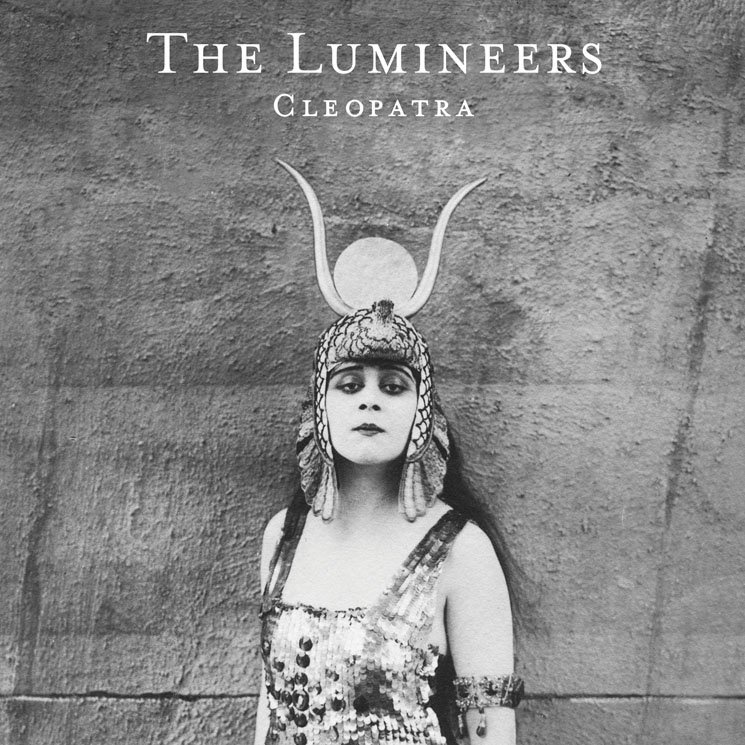