The Machine is a Sci-Fi thriller that was filmed in the United Kingdom and first featured at the TriBeCa International Film Festival 2013.  Written and directed by Caradog W. James, the film won three BAFTA Cymru awards, Best of UK Film Award at Raindance Film Festival, and Achievement Against the Odds Prize by the British Independent Film Awards.  With a solid cast including Caity Lotz (The Pact 2012, Arrow), Toby Stephens (Space Cowboys 2000, Die Another Day 2002) and Denis Lawson (Star Wars trilogy), The Machine was released on Video on Demand April 8th and  in theaters across North America on April 25, 2014. 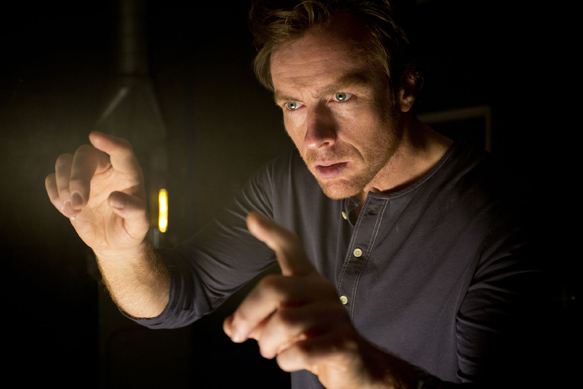 The premise of the movie surrounds an engineer that is working for the military to create unstoppable and artificially intelligent soldiers by using brain injured war veterans.  The beginning of the film introduces you to an engineer named Vincent (played by Toby Stephens). He is attempting to install a program into a war veteran who has been shot in the head and sustained severe brain damage. Upon interviewing the subject with the newly installed computer chip, he becomes extremely agitated and kills Vincent’s partner. After the terrifying incident, Vincent is in search of a new computer software that will enable the military to create a more controlled and adaptable form of intelligence. It seems that his concern is to prevent any unnecessary and unprovoked violence. He interviews some students and meets Ava (played by Caity Lotz) who seems to have been able to develop a software using her own memories and thoughts that meets Vincent’s criteria. This software has the ability to feel and has seemed to develop its own form of human consciousness. 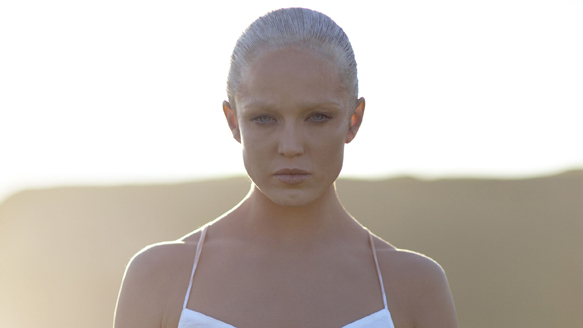 We eventually learn that Vincent’s actual reasons for locating this type of intelligence is so he can help cure his young daughter who has a severe mental disability. After becoming curious about the military base, Ava discovers that they are holding these veterans hostage so they can be programmed as weapons. Thomson (played by Denis Lawson) is in charge of the base and has Ava killed so she cannot divulge this information to the public. Once she is killed Vincent decides to create an artificial intelligence robot using Ava’s software. The machine is an exact physical replica of Ava. She begins to feel and understand the human condition and has achieved full consciousness. You can see that Ava and Vincent are falling in love. While perfecting Ava into the ideal machine, Vincent’s daughter becomes very ill. He decides to upload his daughter’s thoughts and memories into a profile so he can one day create a form of intelligence so she can live on, but unfortunately his young daughter passes away. Once Thomson finds out that the machine is fully aware and conscious he tells Vincent that he wants that part of her intelligence destroyed and if he does not oblige, they will delete his daughter’s profile. After the removal of the chip, they imprison Vincent and train Ava to be an unstoppable weapon. They train her on all different tactical methods and create bulletproof skin to protect her. Thomson decides to have Ava kill Vincent since he is no longer needed, but when she does not kill him we find out that he never actually removed the chip. 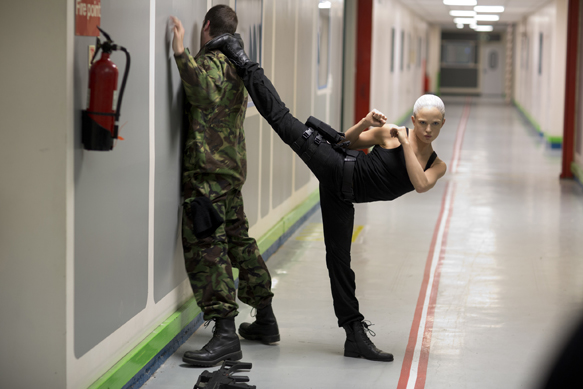 Overall, The Machine is a very well done film. Caity Lotz does an excellent job portraying the machine. It is evident there was a lot research put into the details on the subject matter of artificial intelligence and the special effects were above average for what was a film budgeted at under 1 million British pounds which is roughly 1.5 million US dollars.  The biggest critique about the film is the overwhelmingly loud and excessive film score.  While the music was well composed by Tom Raybould, the deafening volume throughout the entire movie is very distracting and takes away from the story-line.  If you are interested in a well-written Sci-fiction film definitely check out The Machine.  CrypticRock gives The Machine 3.5 out of 5 stars. 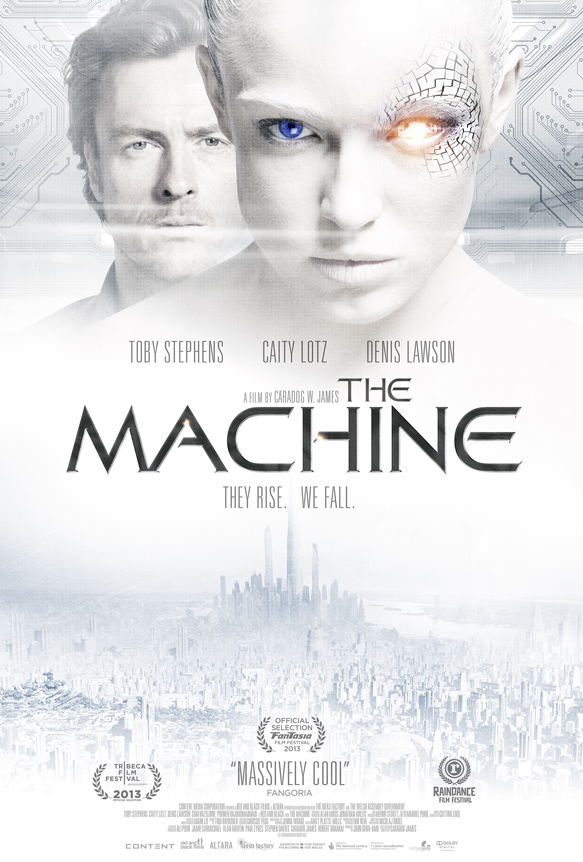