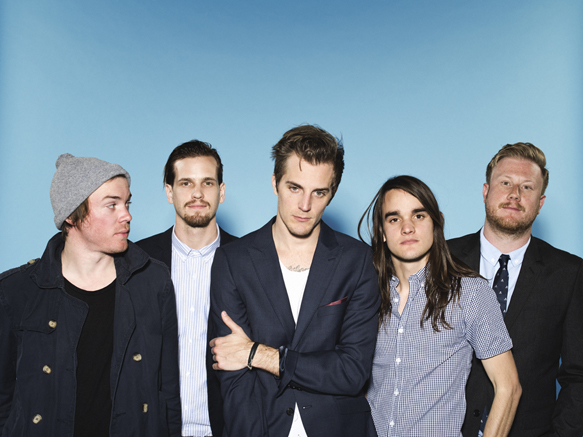 Tempe, Arizona natives The Maine have formed their own sound over their eight year history, morphing styles along the way while building a strong following. The five piece includes the ever so suave lead singer John O’Callaghan, drummer Pat Kirsch, bassist Garrett Nickelsen, and guitarists Jared Monaco and Kennedy Brock. Making a strong statement with their 2013 album Forever Halloween, the band has spent the past couple of years touring extensively, including a massively successful run on Vans Warped Tour 2014. Now in 2015, they return with their anticipated fifth album American Candy. Calling on producer Colby Wedgeworth, who worked on their 2011 album Pioneer, fans stirred with curiosity wondering what direction the band would be going as the March 31st release date approached.

American Candy opens up with “Miles Away,” a moderate tempo song that thrives for Summer with a peaceful sense of time. California tones echo this track, while adding an amplified sound with slower guitar riffs. This track shows that they have a vacation sense of mind, imagining being far away from where they are, leaving listeners clamoring to be washed along with them. The following song, “Same Suit, Different Tie,” reminisces to their days of Pop Punk domination. It is very calm and has a vibrant guitar reverb with background beat sounds similar to a Jamaican drum and harmonies that are on point. Next on the album is “My Hair,” a tune that takes a turn at the bandmates realizing they are getting older, still giving off a feeling of being loose and free, letting go, as well as just enjoying life. Nickelsen gets his chance to shine on this track with a heavy bass line that is easily recognizable. Of all the songs on American Candy, this is the greatest Summer track. It can be easily imagined blasting out of a top down convertible cruising down a long highway; the sunglasses wearing driver not knowing when his next adventure will happen. Following is the first single released off the album entitled “English Girls,” which is in true The Maine style; upbeat and funky. It tells the story of a night out in London, bouncing between romantic and playing hard to get. Recorded in Arizona in a secluded home built into a studio, it reminisces of a desert vibe and provides a good mix of bright, fun, and melancholy. “24 Floors” is one of the calmest songs on the record and recalls the darker sounds of Forever Halloween. It talks of someone contemplating jumping from the roof of a hotel building to their end, but brightens up when he thinks of a past love. He is reminded not to give up, which has always been something The Maine has always been great at doing. They may have melancholy songs, but they always brighten them up with a positive message.

The next two offerings, “Diet Soda Society” and “Am I Pretty?” are reminiscent of eighties Pop tracks and talk of Sixteen Candles (1984) -style stories of cliques, staying current with trends, and wanting to be popular, all with a pinch of vanity and shallowness. Next, “(Un)lost” continues the eighties theme and adds some synthesizers while channeling Bono and early U2. Title song “American Candy” metaphorically speaks about substance abuse and its ill effects. Striking and honest, the lyrics clearly take an anti-drug stance. O’Callagan’s vocals are surprisingly haunting and go with the mood perfectly. The final track, “Another Night On Mars,” talks of great times with friends, alienation, and closeness in suburban America. All of the bandmates had a hand in singing this song. It starts with the crashing of symbols and introduces listeners to life on Mars, showing that the guys in The Maine have been through thick and thin together and will not be retiring anytime soon.

The Maine’s declaration of typical American life in suburbia along with international adventures is a step up from their previous albums. Each song has the potential to become a classic; a Summer track that will be part of great memories. The Maine may show further progression with American Candy, mixing a fun attitude with their good old Alternative Pop Rock sound. They have come a long way with their sound, which is fuller and better than ever.They have shown that their music is now riding on full cylinders, going from happy and upbeat, to nostalgic and melancholy, and then back again. CrypticRock gives American Candy 4 out of 5 stars. 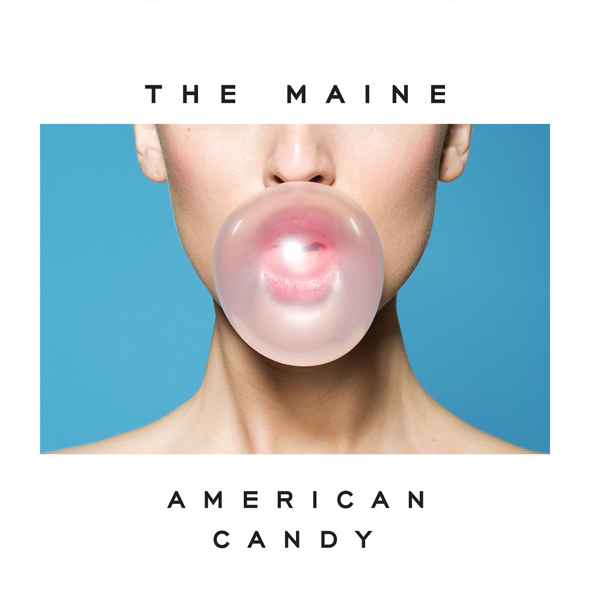 The Maine – XOXO: From Love & Anxiety In Real Time (Album Review) John The Ghost – I Only Want To Live Once (Album Review)
Like the in-depth, diverse coverage of Cryptic Rock? Help us in support to keep the magazine going strong for years to come with a small donation.