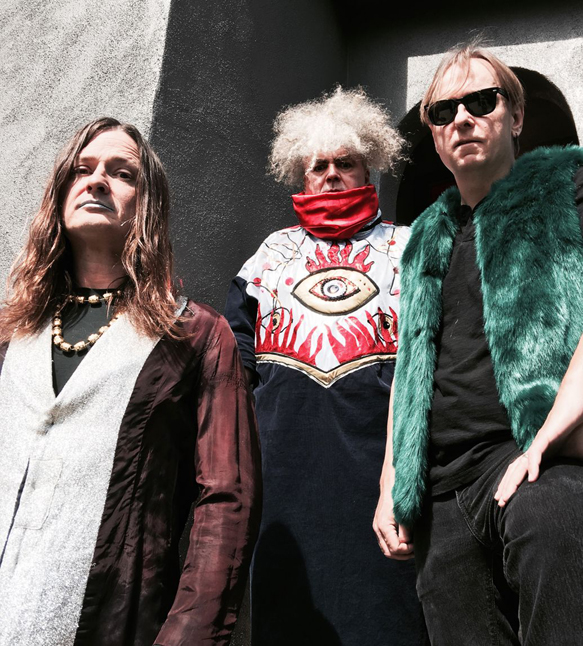 In the pre-Grunge era of the early eighties, while many glam bands were taking over the spotlight, a unique band also emerged out from darkness, named The Melvins. Hailing from Washington state, arriving in 1983, they began their own movement from the ashes of Punk and Doom, which became a new entity that proved very hard to define due to all of the experimentation surrounding it. It contained Sludge, Stoner, Doom, an occasional splash of Punk and Hardcore, and then traveled into Alternative and Experimental Rock realms. This experimentation influenced some of the forefronts of the Grunge movement such as Nirvana and Soundgarden. Dave Grohl was actually introduced to Kurt Cobain and Krist Novoselic by Buzz Osborne of The Melvins, therefore perhaps earning them the opening credits to Dave Grohl’s fame.

A few years into The Melvins’ story, Punk and Hardcore began to shift their voice and the band were on yet another experimental path. Now all these years later, they continue that journey with their latest album cleverly playing on words with the title Basses Loaded. Released on June 3rd via Ipecac Recordings, this latest album features every member that has been a part of the band over the previous decade, with special attention given to the six bass players. The Melvins have had many more than six bass players since the beginning of their existence however, and this particular album, their second released in 2016, features twelve tracks of over forty-five minutes in running time, which actually adds two new bass players into the mix, Steve McDonald from the legendary Los Angeles Glam Punk band Redd Kross and their longtime friend Krist Novoselic from Nirvana. The other featured bass players that make their returning appearances on this album are former and probably future bass players Jeff Pinkus from the Butthole Surfers, Trevor Dunn from Mr. Bungle/Fantomas, Jared Warren from the band Big Business, and Dale Crover who has been on and off drumming on this album as well. In addition, Crover is the only other stagnant, almost original member besides Osborne, who there could be no Melvins without.

Nine songs from Basses Loaded were previously released through Amphetamine Reptile Records on two limited edition EPs, entitled Beer Hippy and War Pussy, and in a split-release with Le Butcherettes called Chaos as Usual. They tend to make a habit of mixing past songs up and throwing them into a new collaboration with a new concept, and it must be acknowledged for its brilliantly marked appearance. It can only be assumed The Melvins clearly have given up on settling for a bass player. Honestly, why should they when they can have six on one album and create a concept, that while very diverse in content, still comes out as a whole unite that is tied together at the end with the band’s classic rendition of “Take Me Out To The Ball Game.” In context, it is believed this cover has nothing to do with an actual baseball game, but instead exists as a metaphor to the whole album. They are experimenting and playing on the concept of multiple bass players to complete one entity, as well as being known for their on stage experimentation such as having two drummers at once, switching instruments around between members for different songs, and having multiple vocalists at times as well. Basically, The Melvins are all over the map with their game in an absolutely insane, yet purely, experimentally astounding way that never fails, even when against all odds.

With all that in mind, Basses Loaded starts off with new member Steve McDonald playing bass on a sludgy, doomy track, “The Decay Of Lying.” He proves right off the bat, even with the slow pace of it all, that he will be a high contributor to sparking the listeners interest as he adds in his pleasant vocals as well. McDonald also plays on the George Harrison cover “I Want To Tell You,” which keeps that classic vibe, yet is not unappealing to the ear in 2016. His other two tracks spaced throughout the album are “Hideous Woman” with its retro quality and slight Faith No More vibe with the guitar and layering, and finally “War Pussy,” which has that Stoner Doom edge pushed with modern experimentation and is extremely successful in its outcome. There is definitely a mash up of style happening on this album, yet each individual bass player seems to take on only all the similar styles. McDonald and Crover each come away with four songs on bass on this album with McDonald  keeping in the sludgy stoner realm. While Crover also plays on the stoner sludge, he tends to get the songs that also have a major twist towards the weird. “Beer Hippie” is the most sane of the lot that Crover is on bass for, yet it is the most experimentally layered one of the Stoner jams. In addition, the track “Shaving Cream” is a wild tale of blasphemous lyrics mixed with slide whistles and other noise experimentation that is trademark lunacy and a non-stop joy-bringer.

‘The aforementioned “Take Me Out To The Ball Game,” which is a very traditional styled, yet slightly dark and twisty version of a song, is before “Phyllis Dillard,” one of the more speedy and experimental noise, guitar-heavy tracks closest in flavor to some of their earlier works. Now that the major players have been covered, the time has come to hit a shortstop at track number two, “Choco Plumbing,” where Jared Warren is on bass. This cut is packed with fun and is very Alternative in style with great creative drumming by Crover. In most cases, the drumming is in top form when Crover is not occupied with bass, which is why he tends to play bass on songs that are not in dire need of traditional, exceptional, yet always experimental percussion. This is not to say these other tunes are not complete in form as well. Of course, JD Pinkus gets “Captain Come Down,” which is the song that fits in best with that Butthole Surfers, punky, Alternative, noisy style, and it is well-crafted with him on vocals as well.

The lone song featuring Trevor Dunn on bass is “Planet Destructo,” which has a slow-paced Alternative style with echoed and softly flowing vocals. Possessing sounds from a previous era, it is not at all uninteresting in the present and has a compelling drum and bass duel midway through with fade-ins and outs of experimental guitar that keeps the ride exciting. Finally, playing out as the funkiest, goofiest track of all, in terms of rhythm mix up and style, is the Novoselic bass tune “Maybe I Am Amused,” weighing in at only 2:51 in time. It is definitely out in left field in terms of traditional baseball banter.

The Melvins will always be a one of a kind band who can provide something fun to the likes of everyone. Considering the great insight and influence they provided to later bands, and even despite the multitude of bass players and other members who fluctuated in and out of the game throughout the years, it cannot be denied that they are here to stay and that this latest work of experimental art of Basses Loaded has hit a few home runs. CrypticRock gives this album 4 out of 5 stars. 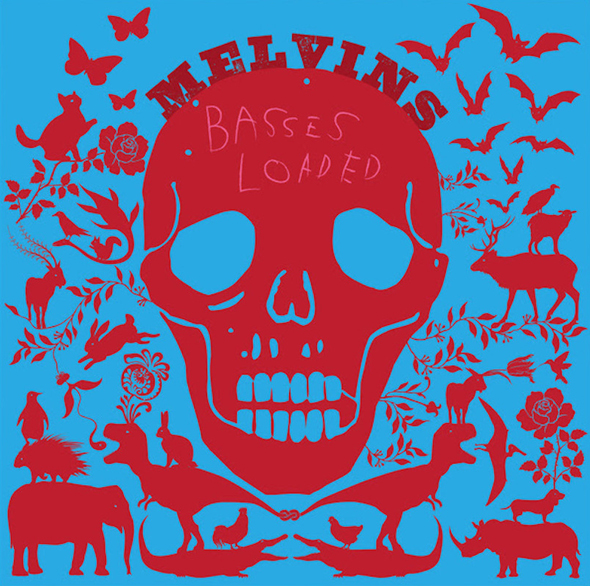