The Midnight Game Is a supernatural thriller that was released at the Miami International Film Festival back on March 2nd 2013, but did not hit DVD until August 12th 2014 via Anchor Bay Entertainment.  The film is written and directed by A.D. Calvo, coming after his well-received feature The Melancholy Fantastic (2011), which has yet to receive a DVD release.  Filmed in Wallingford, CT, it stars Renee Olstead (Still Standing 2002-2006) Shelby Young (American Horror Story 2011) and Guy Wilson (Days of our Lives 2014).

The story is simple enough and something horror fans have seen many times before, five teenagers are told of a game that when played can kill you if you do not follow the rules. The game was just played and aired on the internet where the teen playing dies; everyone thinks it is a hoax so they decide they want to play to prove it. Some are excited to play this daring game and others think that they should not mess around with it. They of course talk them into it and the game begins.

This evil tempting game is based on a pagan ritual and it teaches the participant to play by the rules. First one has to divulge their worst fear and if they break any of the rules their punishment is to live those worse fears. Second one must write their name on a piece of paper and put a drop of their own blood on it. Third everyone brings their piece of paper outside and put them in a pile on the doorstep where they remain for the rest of the night, then they must all light one candle each and then knock on the door 22 times with the 22nd knock being exactly at midnight, then blow out their candles and go back inside. If all this is done correctly then they will have summoned the midnight man. Once back inside, everyone must relight their candles and keep them lit till 3:33 AM and if for some reason the candle goes out during that time the rule states they have ten seconds to relight it or they will face the midnight man. Cleverly, the only way to protect one’s self once they have summoned the midnight man is to stand in a circle of salt till 3:33 AM.  Thickening the tension, one of the characters breaks the rules and from there all hell breaks loose.

The Midnight Game is somewhat clichéd in its setup but really thrives in its creepiness which is effective and well done throughout. The cinematography is spot on and the acting is above par for this typical fair. The film starts with a haunting theme which sets the tone nicely. When we do see the midnight man, it is not a letdown; it is genuinely eerie and sticks in your head for a while after the film ends. The film has little gore and relies heavily on its atmosphere, which sometimes can be a film’s demise, but the director was talented enough to make it work to the films advantage. There are some parts of the film that seem hokey, but that is to be expected. It also features one of the most realistic hit-and-runs seen on film. The film is a great late night watch alone or with a couple of friends in the dark, just make sure to bring salt in case the midnight man is summoned.  CrypticRock give this film 4 out of 5. 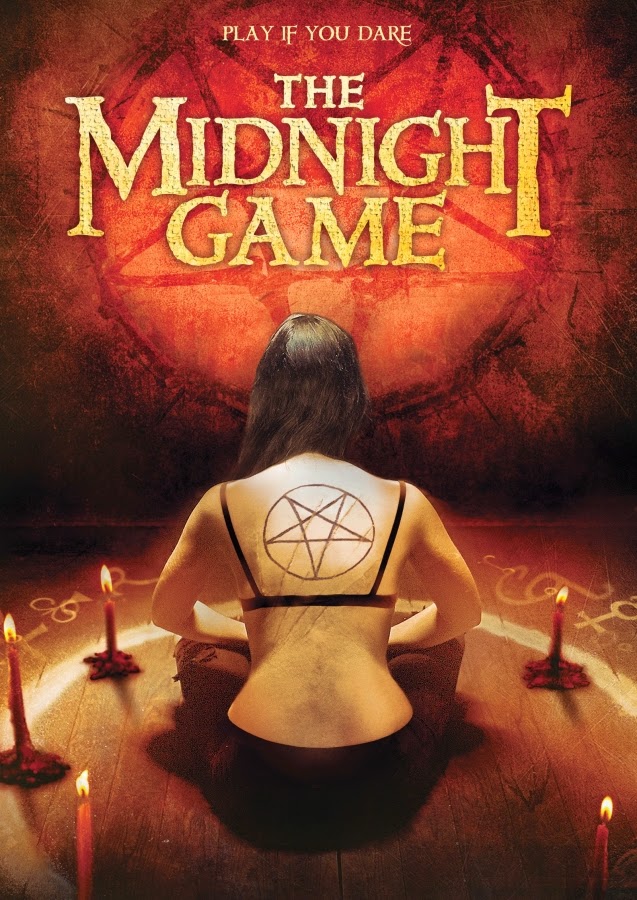 Purchase a copy of The Midnight Game on Amazon here