Is your marriage worth your pinkie toe? How about your two front teeth? If you can spell true love with your mutilated body parts, then knock three times for The Midnight Man, a bizarre blend of Comedy, Horror, and Thriller from the folks at ITN Movies, which was released to VOD platforms on October 3, 2017. 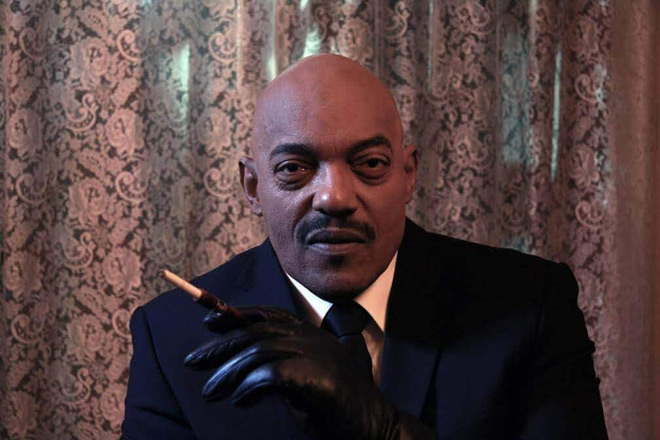 Thirtysomething, Los Angelinos Kyle (Tommy Day Carey: Days of Our Lives series, Hand of God series) and Jessica (Wendie Weldon: Beauty Queen Murders series, Vignettes series) are heading to a house in Big Bear Lake that was recommended by their marriage counselor as a therapeutic retreat. Frankly, it is only six months into their marriage and things are already headed down an Olympic slalom and doing so rather quickly: likely because Jessica is one of the most annoying women alive and the indifferent Kyle has some issues with the truth; oh, and a pesky gambling-addiction.

Of course, being an annoying shopaholic might be, well, annoying, but it’s not deadly; while owing fifty-thousand dollars to a murderous loan-shark is perhaps not the best way to ensure one’s health. Despite this, the couple go about their time at Big Bear with some hiking; playing such fun games as “Honesty Hour” and “Trust,” which involves blindfolds but is not kinky (though it does culminate in a bruised head); making out, complete with cat noises; and for the ultimate kicker, they summon the spirit of the Midnight Man in a kind of repetitive, Bloody Mary child’s ritual.

When someone or something comes knocking on their door, Kyle and Jessica will have to face facts and pull together to survive their stay at Big Bear. Clocking in at 88 minutes in length, The Midnight Man was directed by Aitor Uribarri (Dos short 2004, Horizonte short 2013), drafted by first-time film-writer Kamal Moo, and also stars Keith Biondi (Take 2007, The Neighbors series) as the dirty stranger, Tony D. Czech (Death to Prom 2014, American Rescue Squad 2015) as Billy the starving actor, and Ken Foree (Dawn of the Dead 1978, Leatherface: Texas Chainsaw Massacre III 1990) as the dapper, cheese-loving voyeur Hamilton. 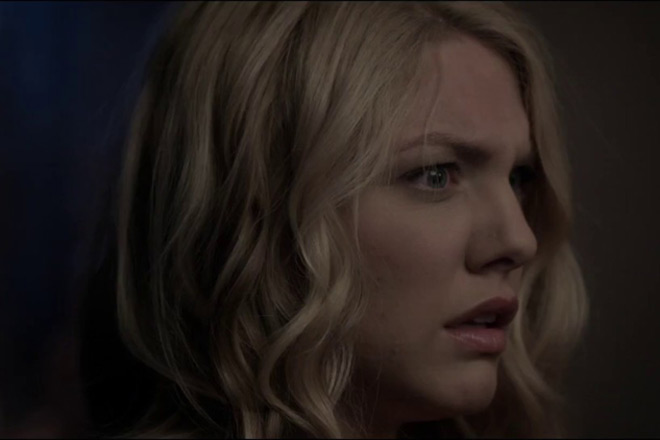 The Midnight Man attempts to hover somewhere between 1994’s The Ref and a cliche Horror seance flick, placing a dysfunctional couple into the hands of a criminal and weaving a ghost story around the entire episode. The end result is a film that is intentionally cheesy, though not necessarily in that creamy Velveeta sense of the term. Clearly aimed at couples, this ridiculous jaunt into the world of marital counseling gone horribly awry is a farce that moves at a slow pace while dipping its severed pinkie toe into multiple genres.

Which is not to say that everything about The Midnight Man is worth missing. No, Ken Foree, as the stylish wit Hamilton, is genius; he anchors the entire production with his skilled talents, on-screen charisma, and endless, casual zingers. Weldon (as Jessica) and Carey (as Kyle) offer up performances that are solid in their fairly sniveling roles, though pale in comparison to the tour de force that is Foree and his well-rounded character. 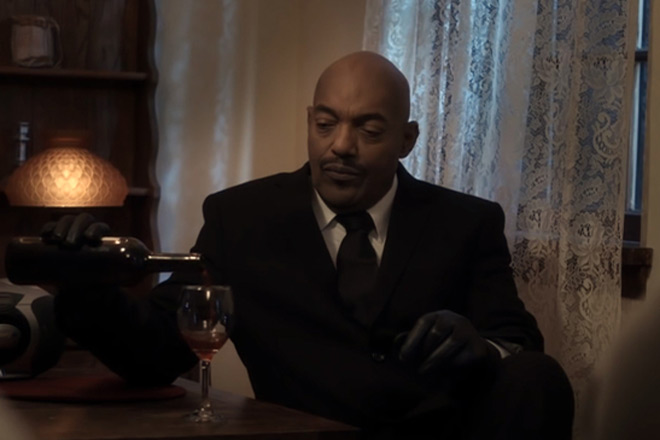 As Jessica, Weldon is equal parts bipolar and psychotically sweet, creating a decent caricature of the proverbial spoiled, young wife. As Kyle, Carey provides a rather blase attitude to his suburban world, seeming uninterested and largely un-invested in his marriage. In fact, in the truly awkward opening sequence, Kyle waxes poetic about a hamburger on a pretzel bun, leaving us to wonder if his pretty wife could ever truly compare to such scrumptious delights.

Filmed in Rancho Palos Verdes, California, The Midnight Man raises some halfway serious questions about marital counseling, but mostly, it sometimes misses the mark on its own derriere. That in mind, there are some truly amazing performances embedded throughout the film, but, overall, The Midnight Man sometimes flounders with a myriad of subplots that perhaps overreach across too many genres. For strong cast performances and a promising future for new Writer Kamal Moo, CrypticRock give The Midnight Man 3 of 5 stars. 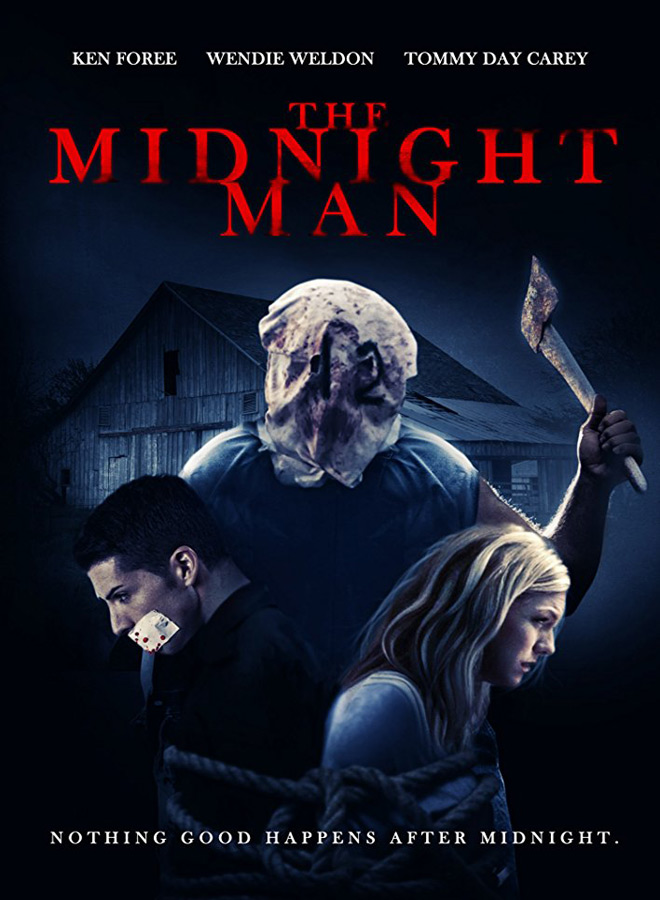