The Mighty Lemon Drops – World Without End At 30 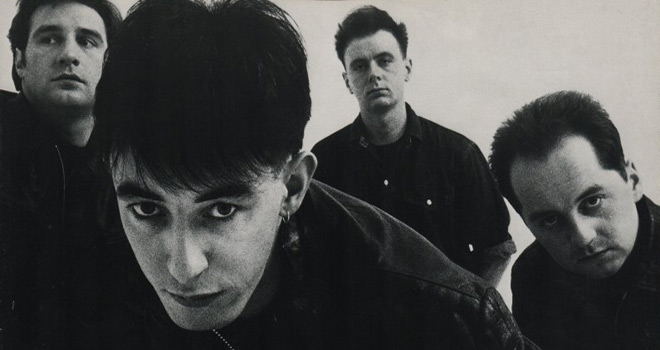 Post-Punk New Wave is such a mighty ocean of pearls and other drops of gems many of which have over the years been harvested to grace the welcoming mainstream. However, countless others remain still waiting to be discovered by the younger expeditioners of the genre, or even by old seafarers who had passed these precious jewels by during their heyday. Whatever prank Poseidon had played on these half-forgotten bands, their respective music will be half-remembered nonetheless, their melodies always lingering on the seashores of appreciation.

That is why every time there is an opportunity to recognize these bands, supporters of the genre should be always ready to jump right in and take the call. Especially now in the current Internet age, the vaults and archives of the vast sonic ocean have long been opened. All one needs to do is to have an open mind, discerning ears, and a sense of curiosity to be able to mine these treasured and bejeweled so-called seven seas of New Wave music.

One of such obscure bands that once swam adamantly in this New Wave ocean whose music deserves reassessment was The Mighty Lemon Drops. In fairness, the band, which was formed in 1985, in Wolverhampton, West Midlands, England, had also caused ripples in the late ’80s with a handful of songs that included “Out of Hand,” “Inside Out,” “Into the Heart of Love,” and “Beautiful Shame.” Unfortunately, the English band was relatively short-lived; but prior to their breakup in 1992, The Mighty Lemon Drops—Paul Marsh (vocals), David Newton (guitar), Tony Linehan and then replaced by Marcus Williams in 1989 (bass), and Keith Rowley (drums, percussion)—were able to release five studio albums: 1986’s Happy Head, 1988’s World Without End, 1989’s Laughter, 1991’s Sound… Goodbye to Your Standards, and 1992’s Ricochet.

This year, The Mighty Lemon Drops’ sophomore full-length is celebrating its 30th anniversary, so it is timely to bestow the band remembrance by dusting off your copy of the record and rediscovering its sonic drops of pristine beauty. Then maybe, this might stir your fancy in checking out the rest of the band’s discography.

Released in February 1988, on Sire Records, World Without End was the breakthrough album of The Mighty Lemon Drops. It opened with the chugging beat and saccharine melodies of “Inside Out,” which to this day remains to be the band’s trademark song. The upbeat vibe then carries on to the similarly plucked guitar–driven “One by One.” With the ensuing “In Everything You Do,” the pace slowed down a bit but the romantic sentiments turned more passionate. “Hear Me Call” returned the listener to the overall train-like celebratory mood of the album, owing to Rowley’s fondness for the tom-toms and Newton’s angular guitar playing.

The mid-tempo “No Bounds” found The Mighty Lemon Drops in their most Post-Punk predisposition—reverberating, flanger-drowned guitars; subtly ominous basslines; big drum sound; and Marsh’s echoing, low-register, throaty voice and partially unintelligible vocal delivery. Following next was another highlight of the album, the frenetic and mildly Gothic-glazed “Fall Down (Like the Rain),” which further aligned the band with the pioneers of the genre such as Echo & the Bunnymen (“The Cutter”), The Sound (“Heartland”), and Skids (“Into the Valley”).

“Crystal Clear” was another, what one may describe as a typical Post-Punk New Wave ballad—hopelessly romantic lyrics set in melody-oriented guitar lines and dancey rhythm section. The Mighty Lemon Drops then journeyed again through the Gothic terrains, with “Hollow Inside,” which will still fit onto a playlist that includes classics like “Love Will Tear Us Apart” by Joy Division, “She’s in Parties” by Bauhaus, and “Love Lasts Forever” by Virgin Prunes.

Another slow, wistful expression in the form of “Closer to You,” and The Mighty Lemon Drops then wrapped up World Without End with the bass-driven beat of “Breaking Down,” taking the listener one last time to the rhythm of the dancefloor… dancing with tears of delight in his eyes and sweats of sweet nostalgia, but certainly feeling spiritually satisfied.

The ’80s era of New Wave music was indeed teeming with so many worthwhile works churned by equally precious bands that shone their brightest during the heyday of the genre. Decades on and they still remain as compelling and engaging as when they first catapulted into the center of the music scene and graced the playlists of the flamboyant and colorful denizens of the time. The Mighty Lemon Drops’ World Without End is definitely a standout among them, still worthy and resonating at 30 years of age. 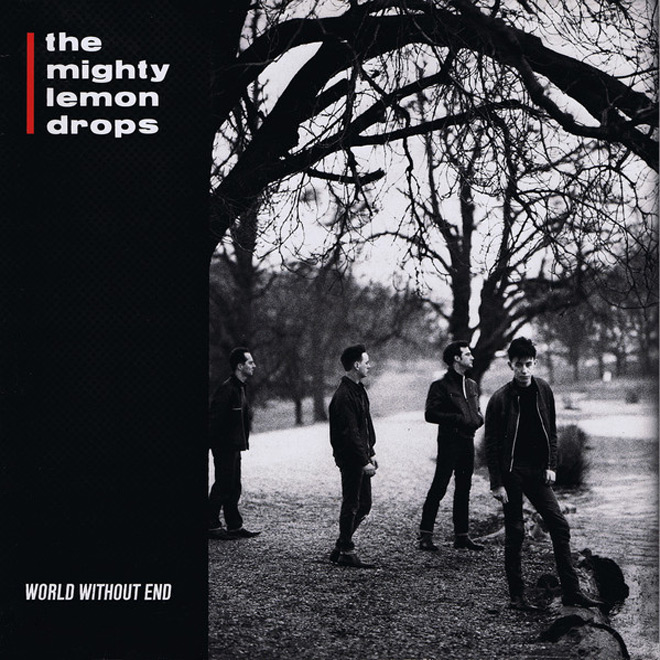