The Mission – Another Fall from Grace (Album Review)

December 2, 2016 The Mission – Another Fall from Grace (Album Review) 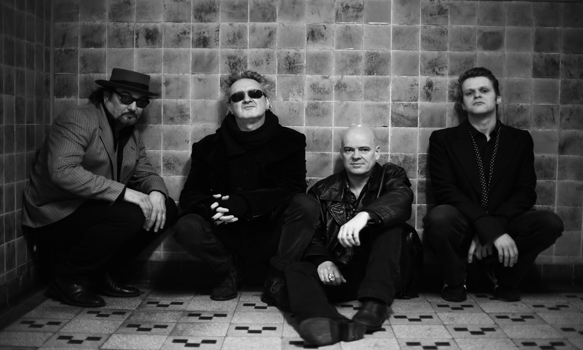 Formed in 1986, in Leeds, England, The Mission is an offshoot of the iconic Gothic-classifiable band The Sisters of Mercy. Apparently, because of internal conflict and issues of creative and artistic control with Lead Vocalist/Lyricist Andrew Eldritch, members Wayne Hussey (vocals/guitar) and Craig Adams (bass) left their erstwhile group to form a new one, thus giving birth to The Mission. In their thirty year career, the duo – currently augmented by Simon Hinkler (guitar) and Mike Kelly (drums) – have released eleven studio albums, from 1986’s Gothic New Wave landmark God’s Own Medicine to the new, return-to-original-form Another Fall from Grace.

Released on September 30, 2016, The Mission’s latest album, another pièce de résistance, opens dramatically with the slow, angular, and melodic flanged-guitar groove of the title track – a sure sign that the familiar Gothic style of the band is indeed back to the fore. The swirling Gothic flare flows smoothly into the slightly more upbeat, yet similarly catchy, “Met-Amor-Phosis,” whose cyclical guitar lines will remind the initiated of The Sisters of Mercy’s classic “Walk Away” as well as of The Mission’s very own “Wasteland.” The mood becomes more sinister and doomy with the ensuing, aptly titled “Within the Deepest Darkness (Fearful),” where Hussey’s voice becomes even lower and more guttural. Then there is the Middle-Eastern flavored “Blood on the Road,” in which Hussey unleashes his much-missed angry growls, in the same intensity as fondly heard in 1990’s “Amelia.”

“Can’t See the Ocean for the Rain” is definitely the album’s highlight, with its characteristic guitar melodies, solid, almost four-on-the-floor drum beats, steady bass, and Hussey’s trademark low-high vocal interplay. With its driving and faster rhythm, the following Psychedelic-tinged “Tyranny of Secrets” will kick the listeners’ behind onto the dizzying strobe-lit dance floor. The lyrical lament of “Never’s Longer than Forever” complements its gentle sway, while the ghostly female backing vocal harks to a similar styling employed in the unforgettable “Severina,” another classic from the band’s debut. A typical mid-tempo Gothic song, “Bullets & Bayonets” will fit a playlist that includes The Cure’s “One Hundred Years,” The Glove’s “Sex-Eye-Make-Up,” and Bauhaus’ “Kick in the Eye.”

The Mission then takes its listener to an eerie, almost metallic temperament with the slow Glam Metal–inspired power ballad “Jade,” which is preluded by the short, spoken “Valaam.” A similarly relaxed pace carries on through the penultimate epic “Only You & You Alone.” Finally, Another Fall from Grace closes gracefully with another Eastern-inspired track, “Phantom Pain,” whose cello-sounding melody connects the song sonically to “Garden of Delight,” another track from The Mission’s first album, completing a discographic circle.

If many longtime Gothic New Wave enthusiasts have been looking forward to a new The Mission album which will shower them with aural nostalgia and, at the same time, prove to them that Hussey and his crew are still in fine songwriting form, then they will not be disappointed with what they will hear from Another Fall from Grace. Also, new and younger fans of the band and the genre in general can treat the album as their gateway to the classic Gothic sound of old. CrypticRock gives Another Fall from Grace 4 out of 5 stars. 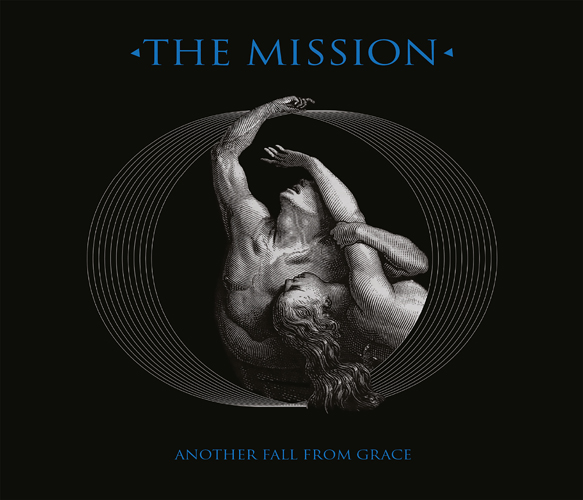