An offshoot from the prime English Gothic Rock band The Sisters of Mercy, The Mission had eventually surpassed and overshadowed its predecessor immediately upon releasing its debut album and for ultimately becoming much, much more prolific. While the The Sisters of Mercy got to deliver three proper albums, The Mission had eleven on the sleeve of its originator. But then, this is not a competition. Both bands had earned merits of their own and had respectively left musical legacies that continue to influence many contemporary bands and to entertain old and young enthusiasts of Gothic and New Wave music.

Formed in 1985, in Leeds, England, by former Sisters of Mercy members Wayne Hussey (vocals, guitar) and Craig Adams (bass) with Drummer Mick Brown (of Red Lorry Yellow Lorry) and Guitarist Simon Hinkler (Artery, Pulp), The Mission released eleven proper albums—from 1986’s Gods Own Medicine to 2016’s Another Fall from Grace. While Gods Own Medicine was a solid and cohesive set and Carved in Sand the most Pop-oriented among the lot, Children remains the band’s pinnacle and its most progressive work. It was the moment when Hussey and his comrades really let go of their inhibitions, unafraid to defy the norm, and went beyond the typical four-minute tendencies of Pop music. Thirty years have passed since The Mission’s Children was born, and yet the songs that it contains remain confident and bold.

Released in February 1988, on Mercury Records, the almost conceptual Children opened with the epic, almost-eight-minute “Beyond the Pale,” whose mix of Hindustani-inspired Psychedelia and Gothic Rock rendered chilling results and which featured on backing vocals Julianne Reagan of the then fledgling Gothic band All About Eve. The Eastern psychedelic vibes continued with the equally upbeat “A Wing and a Prayer” and subtle, dramatic buildup of “Fabienne” from synthesizer echoes to the fuzz and grates of the guitar.

Semi-acoustic, rustic, somber, solemn, and melodramatic, “Heaven on Earth” floated and cavorted as Hussey’s pained voice soared softly like clouds of uncertainty. The heavenly percussive beat flowed flawlessly into the ensuing “Tower of Strength,” building up and gaining momentum, enough within its eight-minute mark to swell into a sparse, synth-drenched, sweet-sour sound of a song.

By “Kingdom Come,” the Folk-rooted guitar styling of Hinkler was already shining its brightest glow, complementing the steady and tight bass-and-drum rhythm of Adams and Brown—Gothic Rock at its most compelling and engaging. A minute of soulful “Breathe” and the children played again – “Childs Play” found the quartet in a very melodic, inspired, and dancey disposition.

After the prelude “Shamera Kye,” Hussey and the rest of The Mission turned to sentimental mode once again with the Appalachian-inspired, Folk-styled ballad “Black Mountain Mist,” where Reagan’s voice complemented again Hussey in a glaze of Gospel air. Winging a cover of Aerosmith’s “Dream On,” The Mission simply showed that they could reimagine any song into whatever way they chose to fashion it in; and clothed in Gothic garbs the song shone a different spark—still passionate but certainly doomy and dark. The penultimate track, “Heat,” returned the listener to Gothic Rock proper, with synth melodies dancing in the mirror and angular guitars slashing everywhere. Finally, The Mission ended Children with the initially cryptic, ominous, and gloomy but ultimately Gothic cowboy charade of “Hymn for America.”

In a span of thirty years, already nine sires have followed Children; but to this day, The Mission’s second-born remains the band’s favored child. Play Children and relieve its not-so-innocent Gothic expressions, but remember that it is already thirty years old and still growing bolder and more confident in every spin. 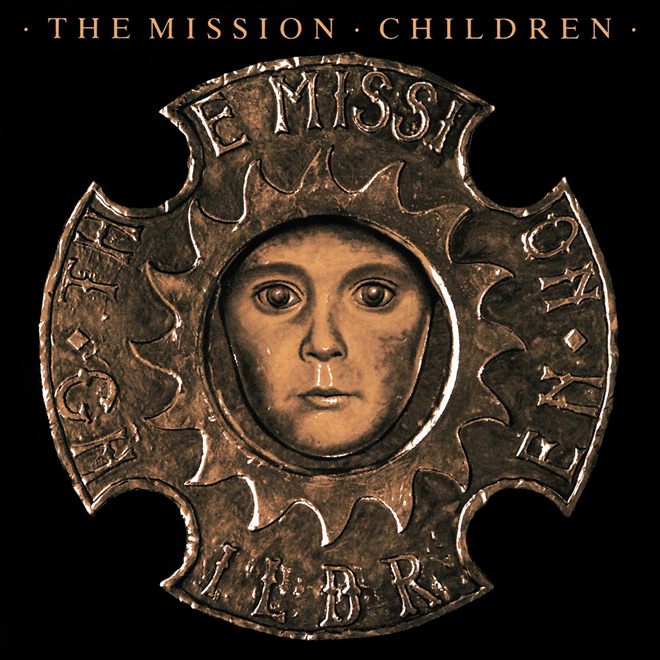