Set during the 1983 America’s Cup race, The Mule is a crime drama based on true events. Released on November 21, 2014 in the United States by 4Cows, The Mule tells the story of Ray Jenkins, played by Angus Sampson (Where the Wild Things are 2009, Insidious series). Sampson also wrote and co-directed the film with first time big screen director Tony Mahoney. Ray Jenkins is an average guy that still lives at home with his mum, Jude (Noni Hazlehurst: City Homicide 2007) and stepfather, John (Geoff Morrell: Ned Kelly 2003, Rogue 2007). John coaches Ray’s football team, the Australian Rules, and they seem to lead a fairly normal life. After a season celebration at the local Football Club, club President Pat Shepherd (John Noble: Sleepy Hollow series) announces Ray as the winner of the Club Man of the Year Award. His prize is an end of year football trip to Thailand. 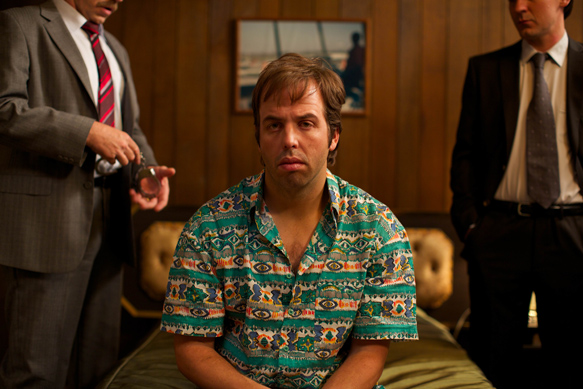 Enter Gavin (Leigh Whannell: Saw 2004, Insidious series), Ray’s fellow football mate, former neighbor and friend. After offering Ray a lift home one night, Gavin offers him $8,000 to traffic heroin during his conveniently timed Thailand trip. Ray balks, but is given an ultimatum. He finds out that not only is Pat the football club president, but he’s also the local drug lord, and his own stepfather, John, owes the crime boss money. Threats to his mother finally seal the deal for Ray and he agrees. The trip is planned to the very last detail. Gavin, Ray and the unaware football team land in Thailand and have a great holiday. Gavin goes to the Thai drug lord’s restaurant and collects the drugs. When Ray discovers that he alone is going to be carrying all the heroin, he freaks out but does it anyway. 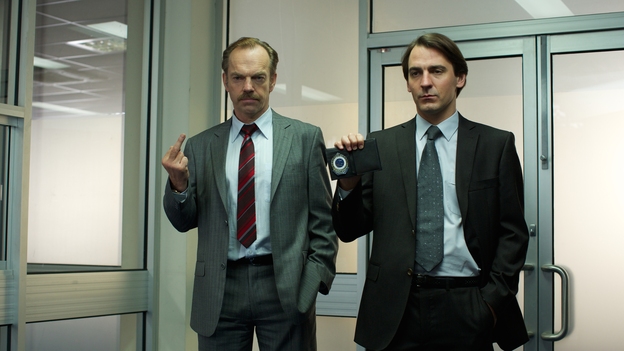 Everything goes smoothly right up until he is almost out of the Melbourne Airport, but he forgets to mention his bag and is detained by the Federal Government. Because he refuses an x-ray or examination, the Federal Police, in particular Detective Croft (Hugo Weaving: The Maxtrix 1999, The Lord of the Rings series) and Detective Paris (Ewen Leslie: Wonderland 2014), detain Ray for the period of seven days, until the time he either uses his bowels twice or empties out the drugs. At the same time, the America’s Cup race is on, and excerpts of the footage are played on a variety of TV’s during the film. Ray is detained at a motel, and he is supervised every moment by the police until they can prove he is carrying drugs. Ray does not make it easy, and he holds on for all his worth, even coming up with a few very disgusting tricks to evade going to the toilet. Ray’s lawyer, Jasmine (Georgina Haig: Road Kill 2010, Once Upon a Time series), works for Legal Aid, believes in Justice and hates Detective Croft. Jasmine wants Ray to win just to tick Croft off, and Ray keeps hanging on. When the seven days are up, the Police have to request another extension on the detainment warrant to ten days. Ten days come to pass, and the Police are hanging on the edge of their seats to see what will happen first: Ray pooping or Australia will win the America’s Cup. 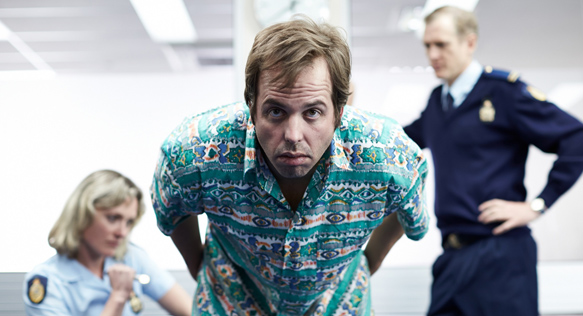 There are a few twists and turns that the viewer will not see coming, and it does hold plenty of suspense. The Mule is well acted with an internationally renowned cast, with a sound plot that strangely makes the audience root for a drug trafficker with bowel issues and his dope smoking lawyer. The Mule does contain some graphic language and some scenes that require a strong constitution, but it is well worth watching.  CrypticRock gives The Mule 4 out of 5. 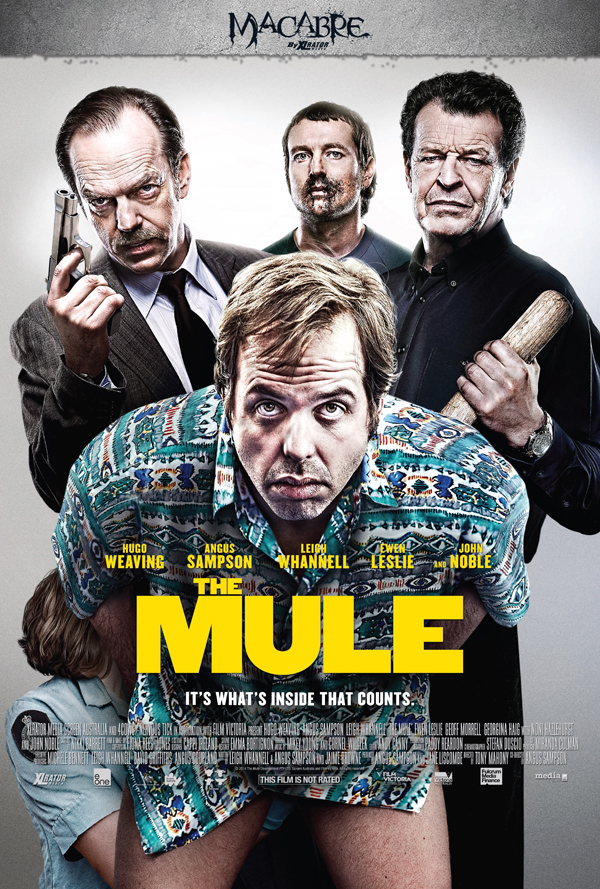 Get a copy of The Mule on iTunes