Initially debuting at the Berlin Fantasy Filmfest back on August 19, 2016, new Horror/Thriller film The Neighbor hits DVD/VOD on September 6th via Anchor Bay. Starring Josh Stewart (The Collection 2012, Interstellar 2014) and Alex Essoe (Passion Play 2010, Starry Eyes 2014), the eighty-four minute film is written/directed by Marcus Dunstan (Saw IV 2007, The Collector 2009) with co-writing from Patrick Melton (Feast 2005, The Collector 2009). In addition, Comedian/Actor Bill Engvall (Bait Shop 2008, Sharknado 3: Oh Hell No! 2015) stars as Troy, aka the neighbor. So with such an impressive cast and production crew, does The Neighbor live up to its billing? 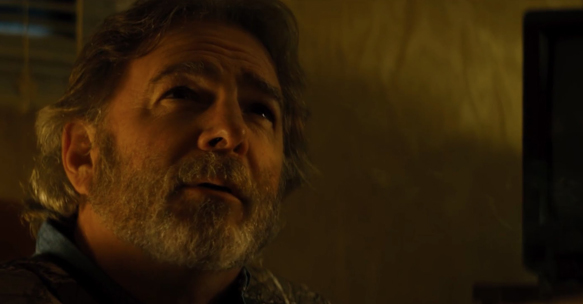 In The Neighbor, John (Stewart) and Rosie (Essoe) are a young couple who are desperately trying to find life after John’s previous struggles. Now that John works as a criminal making big money, he now thinks he can leave his current life and start a new one in Mexico. The problem is that John’s boss may not be that willing to let his best worker go. Besides John’s boss being a nuisance, John and Rosie have a nosey neighbor who happens to be skillful in hunting and shooting. Troy, the neighbor, visits the couple one night and immediately creeps them out with his unsubtle way of introducing himself.

After a job that left John with more money that he could ever imagine, he decides it is time to quit the business and leave for good. As he is delivering one last package to his unbeknownst boss, Rosie sees Troy hunting and killing a human being. Tensions rise when John gets back and sees that Rosie is nowhere to be found. While looking through Troy’s house, John finds out that Troy is hiding dark secrets under his house and comes across various victims in cages. John only has a few minutes to rescue them, but he may already be too late; Troy arrives home with his two accomplices and the group embark on a cat and mouse game that will kill many of the current house residents.

Dunstan is no stranger to blood and gore as some have seen in some of his previous works such as aforementioned films The Collector and Saw IV. With that said, this movie is no exception. The idea that a neighbor could be harboring secrets that may be lethal to others is not at all wrong. People will never really finish knowing someone and serial killers may be just around the corner. In addition, The Neighbor really surprised its viewers with wonderful cinematography work from Eric Leach (Project: SERA  series, Intruders 2015). 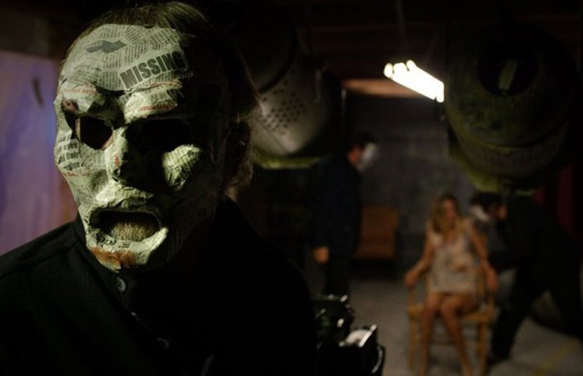 Some may say The Neighbor drags a little, but others will agree that it only gives the audience more story introduction. Helping the film out, Stewart has also worked in the many films and knows a lot about criminals due to his guest-starring on CBS series Criminal Minds. Take that with the great chemistry the entire cast of The Neighbor has on screen and it is what make this a great Horror movie. For these reasons, CrypticRock gives The Neighbor 4 out of 5 stars. 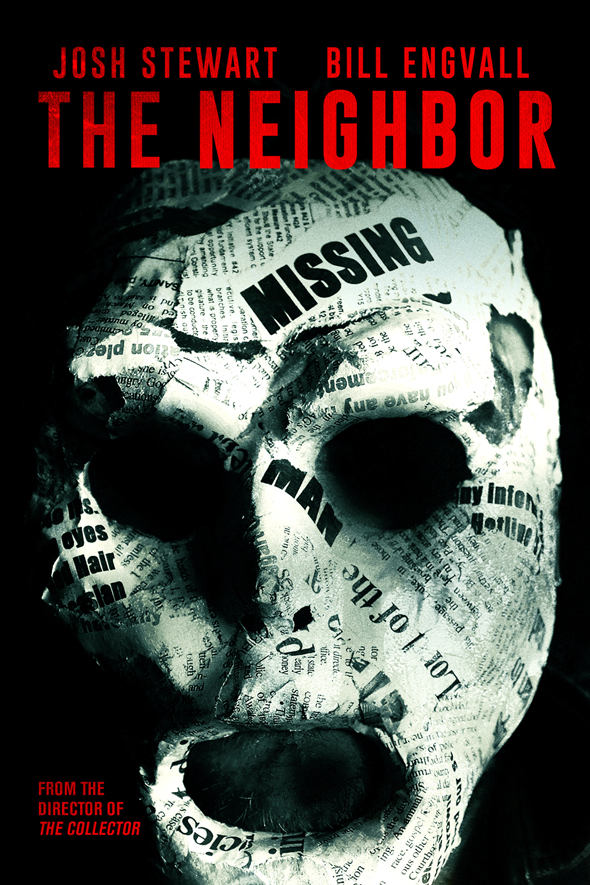 Purchase The Neighbor on Amazon