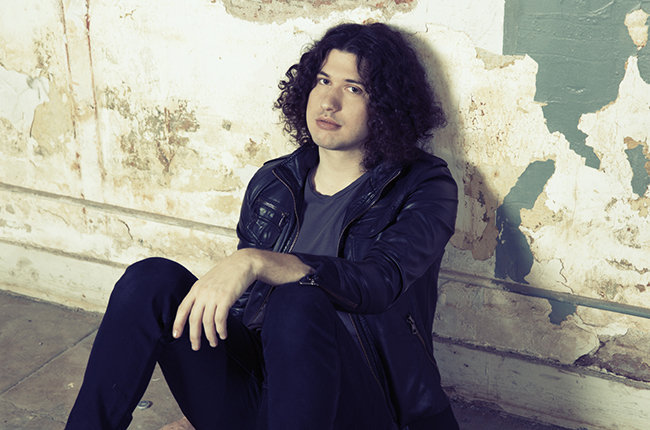 Growing up in Bonita, California, Ilan Rubin began playing drums at the age of eight after he found his father’s 1968 Silver Sparkle Ludwig drum kit set up in the garage.  After he had taught himself to play and jammed with his older brothers, by age nine he was ready to play for Pop Punk band F.o.N., one that eventually would do three stints on the Vans Warped Tour. F.o.N. would even open Woodstock 1999 on the “Emerging Artist Stage” resulting in eleven year-old Rubin gaining entry into the Guinness Book of World Records as the youngest musician to ever play on a Woodstock stage.  That same year, he submitted a video of him doing a solo during an F.o.N. performance to Modern Drummer Magazine, which he won in the “Best Undiscovered Drummer Under the Age of 18” category.

He has honed his skills from influences such as Blink-182’s drummer Travis Barker and David Uosikkinen, the drummer of famed 1980s band, The Hooters. On top of his drumming skills, Rubin is also an accomplished guitarist and classical pianist.  At one point, he replaced Mike Chiplin, founding member and original drummer of the Welsh band Lostprophets.   From 2006 to 2008, Rubin would appear in the band’s videos for “Rooftops (A Liberation Broadcast),” “A Town Called Hypocrisy,” “Can’t Catch Tomorrow (Good Shoes Won’t Save You This Time),” and “4:AM Forever.” In late 2008, he left the band, but not before he tracked all of the drums and helped pen some of the music on the band’s fourth studio release, The Betrayed.  It was then Rubin would go on to join Nine Inch Nails as their drummer after the departure of Josh Freese.  When NIN mastermind Trent Reznor learned of Rubin’s skills as a multi-instrumentalist, he decided to scale the latest live incarnation of Nine Inch Nails down to a four-piece, where Rubin contributed keyboards and percussion. It was during this era of his life he formed his own project called The New Regime.  While continuing to drum for the newly reformed NIN, Rubin has continued to pull off the hat trick by drumming for Angels & Airwaves since 2011, and Paramore since 2012 as well as recently played drums on the Haim/M83 Insurgent track, “Holes In The Sky.”  Touring with NIN in 2013-2014, now a four-piece band, gave Rubin the chance to stretch his wings onstage, getting to play bass, guitar, and some keyboards. Getting the world ready for more The New Regime, he released his new EP, Exhibit B, on March 31, 2015, an affort Rubin almost completely wrote and recorded while on tour with NINs.

The new songs on Exhibit B show shades of Rubin’s influences such as the Beatles, Queen, Led Zeppelin, The Police, as well as shades of his work with NIN, giving the material a modernistic retro vibe throughout.  For instance, the opening track, “Where I’ve Headed All Along,” which was originally thought out acousticall,  has a “Head Like a Hole” type intro layering elements incrementally with Rubin beginning his vocals quietly, almost hesitant as he questions his place in the world and the need to constantly evolve.  Then, the tune opens up musically and vocally as the chorus slides in, and we come full circle as the song winds down, element by element.  “Smokescreen” has a layered psychedelic, swing, Beatles-like beat and cadence to Rubin’s lyric delivery as he tells of the loneliness of the world.  The upbeatness of the tune juxtaposed to the darkness of the lyrics is a nice ying and yang.  “We Rise, We Fall” has an intro akin to Michael Damian’s “Rock On” with a hard-edged drum line and accompanying guitars.  Rubin’s lyrics sing of life’s transitions from the cradle to the grave, or eschewing the naysayers to rise or fall on one’s own terms.

Moving along, “The Longing” is a snappy, double-timed piece of light drums akin to those of “Perfect Drug,” and plucky, airy guitars.  Rubin expresses how life is pain, but keep moving forward (You’ve shown me what pain can be).  “Mannequin” is a funky riff tune, again harkening to the 90s as Rubin, who thought of the track from a Twlight Zone episode, sings, “You have the soul of a mannequin.”  “Strong-Arm Tomorrow” is a guitar driven Funk tune while Rubin emphatically sings about forcing life to happen or forcing someone else’s life to live vicariously through another instead of letting life happen naturally as he ends with, “I never want to be you.”  “Let the Space Remain” marries The Beatles and The Police melodically with Rubin’s vocals channeling a young John Lennon as he sings about the freedom of breaking off a bad relationship to retain the self. The song “Voices Calling” has a melancholic positivity with the lyrics “The world will spin/with or without you/But you can make it go your own way.” This track also features Rubin’s piano skills as he layers piano sounds, and Rubin’s Pink Floyd-esque vocals in this ethereal ode to Queen’s Rock Opera is a fitting finale to Exhibit B.

Exhibit B is a great follow-up and companion EP, albeit with a different feel, to 2013’s Exhibit A, showing an evolution musically from 2008’s Coup and 2011’s Speak Through the White Noise.  The phenom that was born from an eleven-year-old kid from Cali continues to shine brightly, and will only get brighter as Rubin pushes his limits.  Simply put, Ilan Rubin is a true Renaissance man who wrote, recorded, produced, and played every instrument, including all vocals on Exhibit B.  He is The New Regime. CrypticRock gives this EP 5 of 5 stars. 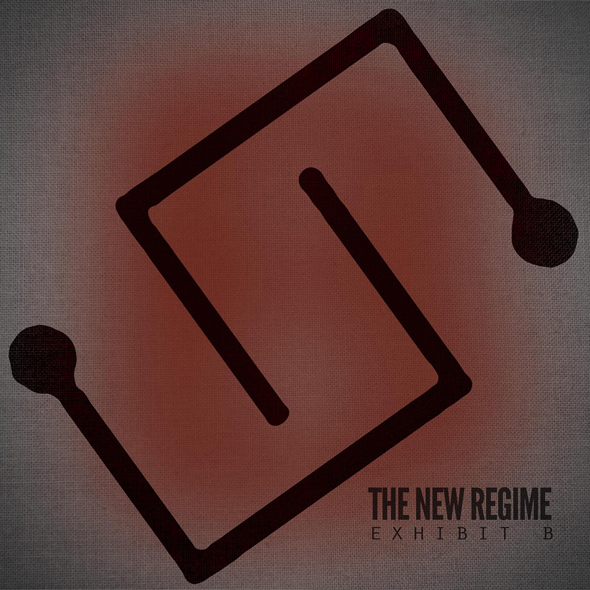