The Ones Below (Movie Review)

Becoming a parent is one of the greatest joys a couple could experience together. Some couples have a beautiful, complication-free conception and pregnancy. Unfortunately, for others, becoming pregnant and holding a child is a battle that sometime cannot be won. Arriving in US theaters on Friday May 27, 2016 through Magnolia Pictures, British Director/Writer David Farr introduces the Thriller The Ones Below. Touching on the high emotions of pregnancy, postpartum depression, mental instability, and deception, Farr delivers a story that will grab attention from viewers on many levels. 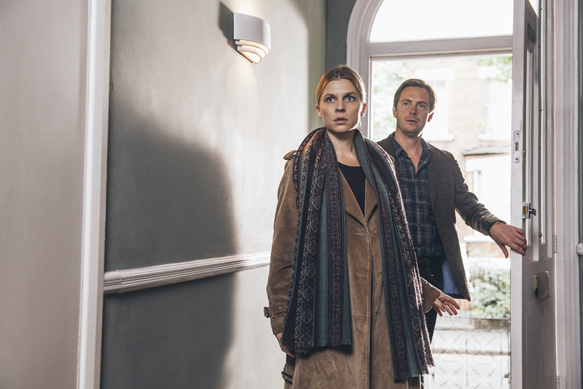 Expecting couple Kate (Clémence Poésy: Harry Potter series, Gossip Girl TV series) and Justin (Stephen Campbell Moore: The Bank Job 2008, Season of the Witch 2011) are viewing the monitor of a sonogram around the end of their first trimester. With all looking well, they return home, settling in with the idea of becoming parents, a smile upon Kate’s face. Upon approaching their door to their English flat, they learn of new neighbors below them, and are happy to know someone is to be residing in the unkept flat.

Determined, cultured, and well-to-do couple Theresa (Laura Birn: A Walk Among the Tombstone 2014, Purge 2012) and Jon (David Morrissey: The Reaping 2007, The Walking Dead TV series) are Kate and Justin’s new neighbors. Experienced world travellers, they adopted the act of leaving their shoes outside the house; a respectable Asian practice, perfectly set side by side. Upon meeting Theresa, Kate learns that she too is expecting, just about 2 weeks apart.

After Theresa invites Kate to join her in a swim at a private club, the two begin to connect. Intrigued by Theresa, Kate studies her movements and demeanor. While dressing, Theresa realizes she is late to meet Jon for lunch, a daily date the two share. An invitation to Theresa and Jon for dinner soon follows so that Justin may meet them, a friendly gesture since they all have few friends. 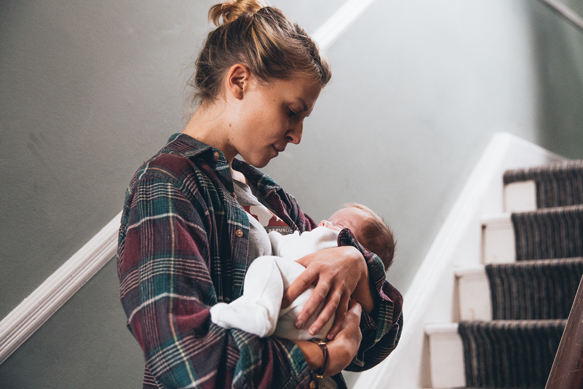 As Justin prepares dinner, a hall light goes out, and as he is busy and does not want Kate to be on a ladder, it does not get replaced. During dinner, the two couples have some awkwardness in conversation. Sharing stories of how each couple met and how long they have been together, Jon asks why they have not had a child sooner. Looking appalled, Jon and Theresa are taken back to learn Kate was not sure if she wanted to be a mother and when realized she did, was able to become pregnant easily. Revealing that Theresa and Jon have been trying for seven years, it is exposed that Jon was married before and his ex was not able to conceive, leading to their parting. Jon informs that he goes after what he wants, and Theresa adds that is why they match well; she is “of the same animal.”

After sneaking a glass or two of wine, Theresa become emotional, showing signs of sadness. Kate suggests she is tired and should retire for the night. With Jon unknowing to the drinks Theresa had, the two head for the door and are tripped by Justin and Kate’s cat, as well as Theresa and Jon’s shoes in the dark hall. The unimaginable happens, Theresa falls and winds up losing their son.

It is reflected several times that Kate and her mom, Tessa (Deborah Findlay: Jane Eyre 1997, Vanity Fair 2004), do not share a close relationship. Also under the surface is the unknown cause of the loss of a child, Kate’s brother. After the birth of Kate and Justin’s baby boy, Billy, Kate is upset her mother did not come to the hospital. Bringing their bundle of joy home, they learn of the misfortune of their neighbors. Jon and Theresa blame it on Justin and Kate. With lies abound, an argument ensues. Taking time to grieve, Theresa and Jon return to Germany. But, after a short time, Kate sees their shoes outside their door once again. 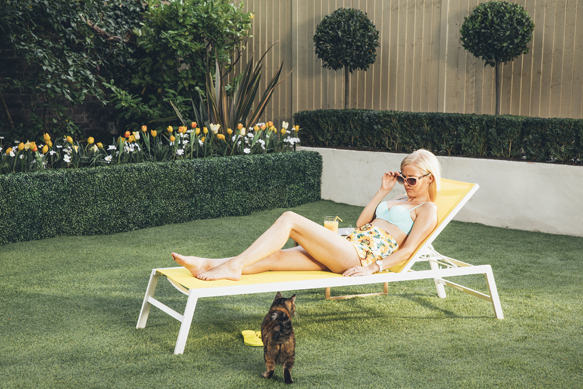 It is at this point in The Ones Below the subtleties come together for the dramatic conclusion of the story. Hitting expecting and new mom’s emotions and challenges – sleepless nights, exhaustion, postpartum depression, forgetfulness (or is it) – the events that take place can be understood as well as be disgusted by.

Definitely a movie that can be watched over and over again to catch all the nuances, the story develops and unfolds, revealing all the expected side effects of giving birth – loss, depression, determination, anger, and exhaustion. The cinematography by Ed Rutherford catches these moments beautifully and adds to film’s quality. It is worth noting that the music also adds to emotions the viewer feels throughout the film. Much of the film’s story taps into some really dark fears, perhaps some worst nightmares.

As a successful theater director, Farr does an exceptional job of bringing together a film that is gripping and even flowing. Although a slow burn, the runtime of 87 minutes is definitely worth the attention for the horrifying and somewhat unexpected outcome. For its truthfulness in emotional instability and effects it has on family, the expression of the challenges a woman faces as a new mother, the tribulations of losing a child, and the lengths one would go to for their child, CrypticRock gives The Ones Below a 4 out of 5 stars. 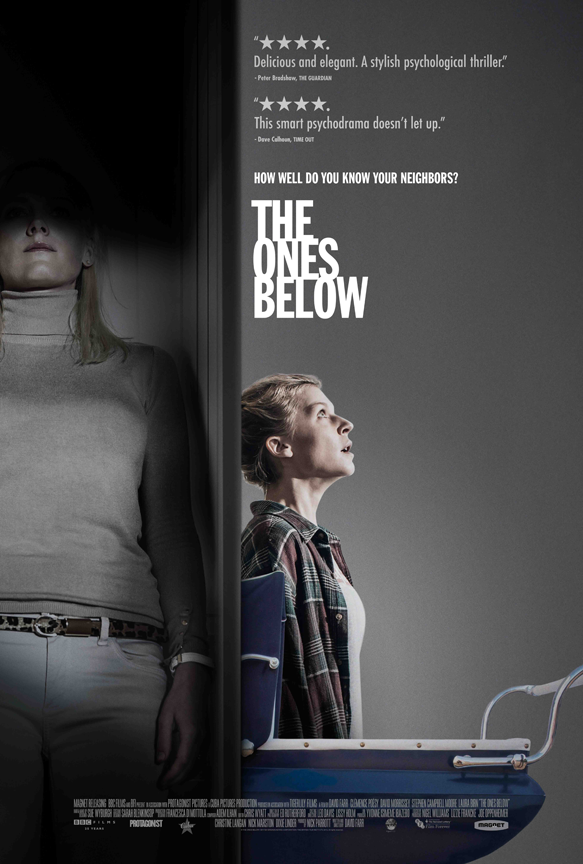 For more on The Ones Below: movietickets.com | Facebook | theonesbelow.com