Buying a new home sure is exciting. A potential buyer gets to window-shop through so many different houses of all shapes and sizes, in many different neighborhoods and settings, and, quite possibly, in many different states, or countries. Some of the houses up for sale will hold what is called an OPEN HOUSE, where said buyers can frolic about inside one of these places which is open to the buying public. Well, ever wonder if one of those so-called buyers decides to, maybe, hide in such a house until everyone else has gone away? The curiosity of this thought can now be brought to light, thanks to rent-a-film powerhouse Netflix, with its movie The Open House. 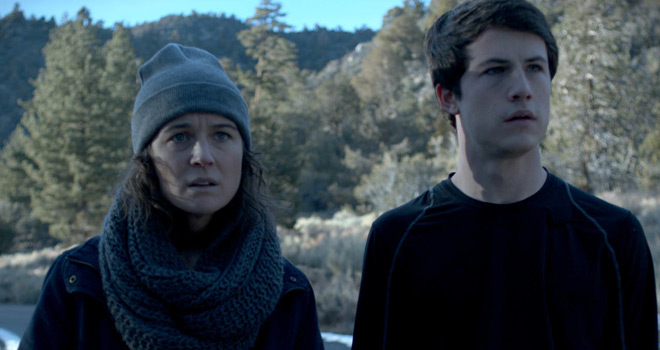 Released for VOD-streaming on January 19, 2018, The Open House opens its cinematic doorway for the curious moviegoer in search for a scary-good time. Although Netflix is no realtor, in this case, it will show any streaming viewer what sights its newest release contains over the course of 94 minutes. Much like any potential house-buyer, a moviegoer will bring along a “must-have” list of things that will surely help seal the deal. Unfortunately, The Open House will not meet any moviegoer’s requirements.

The Open House weaves the tale of teenager Logan (Dylan Minnette: Prisoners 2013,  Don’t Breathe 2016), who is in-training to be a runner, with high hopes of one day being accepted into the Olympics. His dreams is cut down from an untimely death of his father (Aaron Abrams: Closet Monster 2015, The Go-Getters 2017). Logan’s mother, Naomi (Piercey Dalton: The Orchard  2016) is left with many unpaid bills, and is afraid of losing the house. Her heart aches as she grieves the passing of her husband. With their house on the verge of being ripped out from under them, Logan and Naomi are given the chance to live in a friend’s house, which is secluded in the mountains somewhere, but just until everything begins to settle down. The only stipulation is the mansion is up for sale, and, quite often, it is shown to many potential buyers. During this transition, Logan and Naomi begin to sense that they are not alone in the house.

Sounds promising, right? So far this would mark a check on any list of a moviegoer seeking a good film. The acting chops of Dalton and Minnette are splendid. Each of their character portrayal is played so well, with great conviction, providing a slew of many different emotions from the moment The Open House begins, right up to when the movie ends. The problem, though, is, when it does end, the moviegoer may feel as if he or she had been duped. 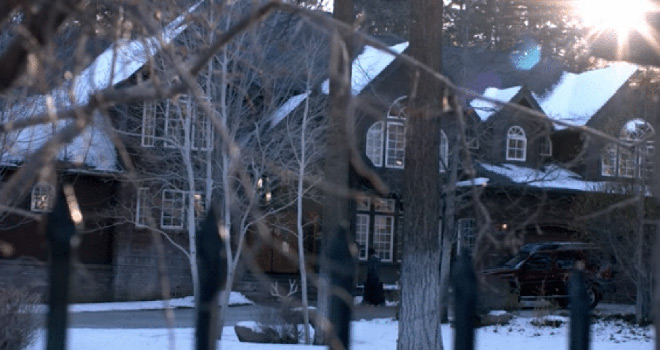 Chairs might be thrown against the wall as a result; bruising might occur to a clenched fist that had been punching a hard floor for around 5 minutes while the credits rolled on the television screen. Why? Because there is no rhyme or reason for any of the happenings. The entire movie falls apart right at the third-quarter mark. Senseless killings and torture paint the rest of the film, but there is no reason for such things. Could it be that Logan and Naomi are just that unlucky? Whatever the case, all in all, it is a sad waste of talent.

Matt Angel along with Suzanne Coote both wrote and directed The Open House together; and while many negative aspects have been pointed out, it is important to mention that Coote and Angel are perfectly capable of telling a great story, and filming a great movie. Being their debut as writers and directors, their direction is flawless, in that each character is as interesting as the next, and the performances from every actor is downright fantastic—especially so for actors Minnette and Dalton. The dialogue is decent as well, except for one little spat between Logan and Naomi; for what spews from the mouths of these characters will cause the viewer to scream aloud in full-on anger, or make one to question as to whether real people would say such things.

With all that aside, The Open House does have its chilling moments, full of thrilling build-ups and set-ups. There are moments of heart, and of sadness—both of which remind the audience that, within this film, lay two grieving family members trying to live life after a death had shattered their hopes and dreams. The Open House also contains a lot of other characters, too, which will not be mentioned here for the sake of surprise upon any first-viewing. 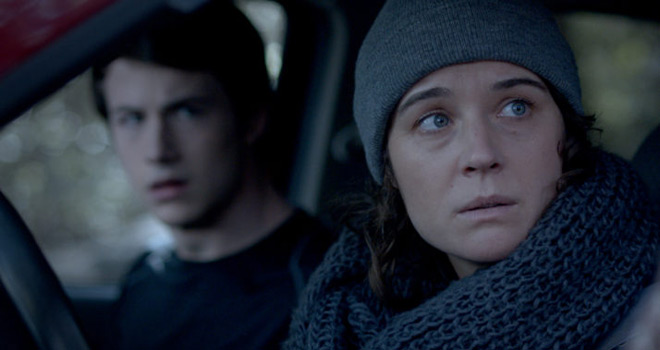 The Open House may have its flaws, but it does have a lot of good scattered about the film. Angel, who has starred in 2015’s Complications, among other films, as well as Coote are very promising writers and directors. They both have such a knack for edgy style and creepy atmosphere. Angel and Coote have also created and filmed such colorful characters appearing so humanly real upon the big screen. Unfortunately, though, The Open House will not fully complete a “must-have” list, but it will surely grab the attention of any moviegoer browsing the movie market.

For a strong debut full-length feature from Matt Angel and Suzanne Coote, and for the powerful performances of Dylan Minnette and Piercey Dalton, CrypticRock gives The Open House a closeout of 3 out of 5 stars. 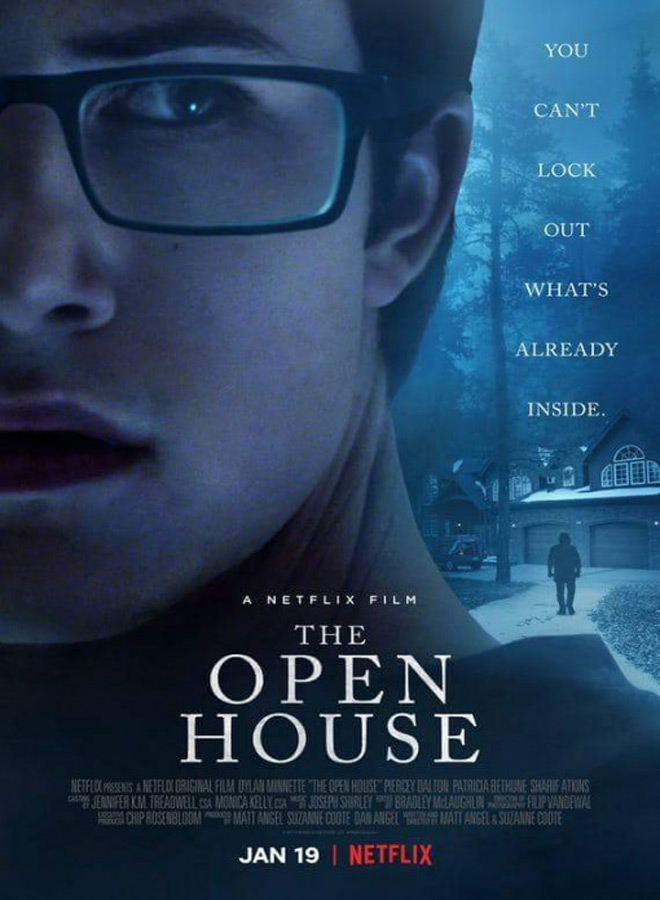