The Other Side of the Door (Movie Review)

Some realms should not be breached, some doors should not be unlocked.  Although, they were on March 4, 2016 with the release of Twentieth Century Fox’s Supernatural Horror film, The Other Side of the Door. Directed by England’s Johannes Roberts (Alice 2002, Storage 24 2012) and produced by Alexandre Aja (P2 2007, Horns 2013) from a script co-written by Roberts and Ernest Riera (Inborn short 2008, Forest of the Damned 2 2011), The Other Side of the Door is one of 2016’s most talked about Horror releases thus far. 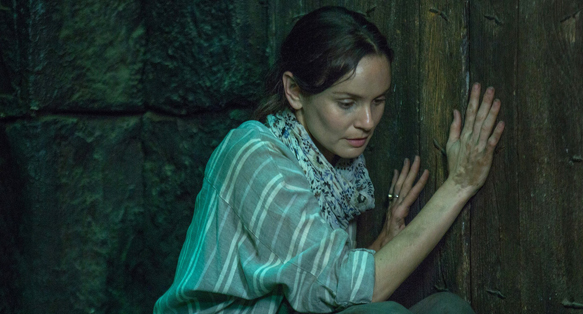 The story begins with Maria (Sarah Wayne Callies: The Walking Dead series, Prison Break series) and her husband, Michael (Jeremy Sisto: Clueless 1995, Hangman 2015), still trying to cope with loss of their son, Oliver (Logan Creran in his first major role), years after an accident where Maria had to choose which child she could save, her other being daughter Lucy (Sophia Rosinsky in her first major role). Still guilt stricken, Maria is looking to get a chance to say goodbye to Oliver, but perhaps some things should be laid to rest to prevent something much worse from transpiring.

Any film where a mother loses a child, pulls the heartstrings, even more so when a mother has to choose between her children. Who is the more viable to save. The Other Side of the Door sets up that very premise handily. Adding to the story, the unique part of the premise is the location, where the film was shot on location in India. An interesting choice, with Maxime Alexandre’s (High Tension 2003, Maniac 2013) cinematography, there is a sense of wonderment and beauty watching the culture going about their daily routines and a mysticism, especially when Maria visits a shrine to learn how to communicate with Oliver from the grave. 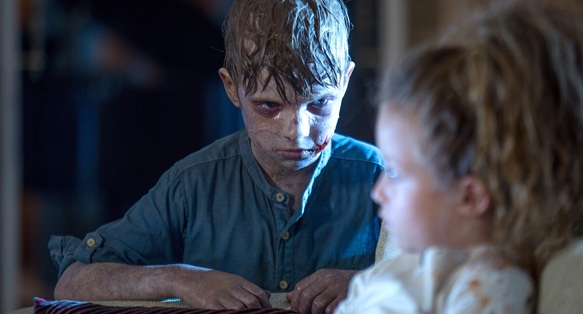 Those familiar with Roberts’ other directorial offerings know he tended to line up his victims for the slaughter, but with The Other Side of the Door’s storyline, he allow the characters to breathe a little. For instance, Callies’ character, Maria, which the movie mainly centers on, moves with a heart-wrenching opening sequence that immediately has the viewer feeling for her, no matter how many times the accident/choice has been seen in different movies.  Then there is Indian actress Suchitra Pillai-Malik, whose portrayal of Piki, the family’s housekeeper, is pretty well fleshed out, albeit, clichéd with her past experience with death, almost paralleling Maria’s. On the other hand, Sisto’s Michael and Ronsinsky’s Lucy, although part of the immediate family, feel like secondary characters until the third act when they have to try to save Maria. With all that said, Creran’s Oliver stands out as he shows an array of emotions from unadulterated happiness to fear, and malevolent spirit.

From the opening title card of The Other Side of the Door, there is a feeling of dread, even juxtaposed to the screen splashed in bright, hopeful colors. The future is so bright with endless possibilities that Maria suggests to Michael they settle in India to make their family. Of course, he agrees, and sets their futures in motion. Soon, the claustrophobia sets in regardless of the vastness, regardless of how bright the sets appear, breaking the dark, ominous cliché. Unfortunately, it does not last. As Maria slips into madness, the color palette transitions to muted hues, to almost imperceptible darkness, relying on jump scares. 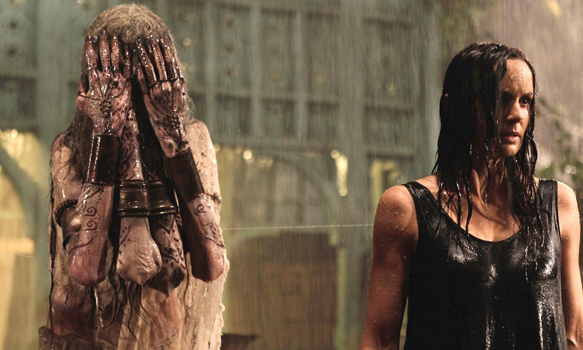 Aside from some bright colors set to progressive dread, The Other Side of the Door falls into clichés that befall many Horror films like the aforementioned excessively dark scenes and jump scares as well as the plotline of not paying attention to warnings of imminent doom, which under the circumstances, it is up to the viewer to find fault in Maria’s decision or not, through to the predictable end. All in all, despite the film’s shortcomings, The Other Side of the Door is a bit of fun, “turn off the brain” escapism with a tried and true premise that could still elicit the emotions the film is going for. Given that, the film might not be a repeat watch for some viewers, but it is worthy of checking out for anyone interested in a compelling story with some good scares. CrypticRock gives The Other Side of the Door 3.5 out of 5 stars.

Pre-order The Otherside of the Door on Amazon