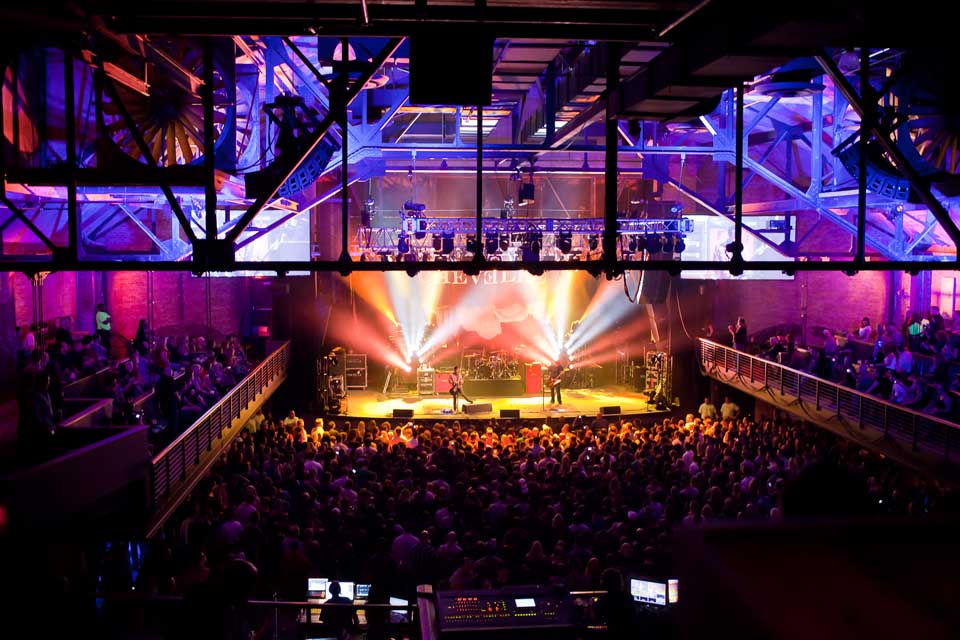 May 30, 2013 The Paramount leads Long Island in a rock revolution (exclusive review) 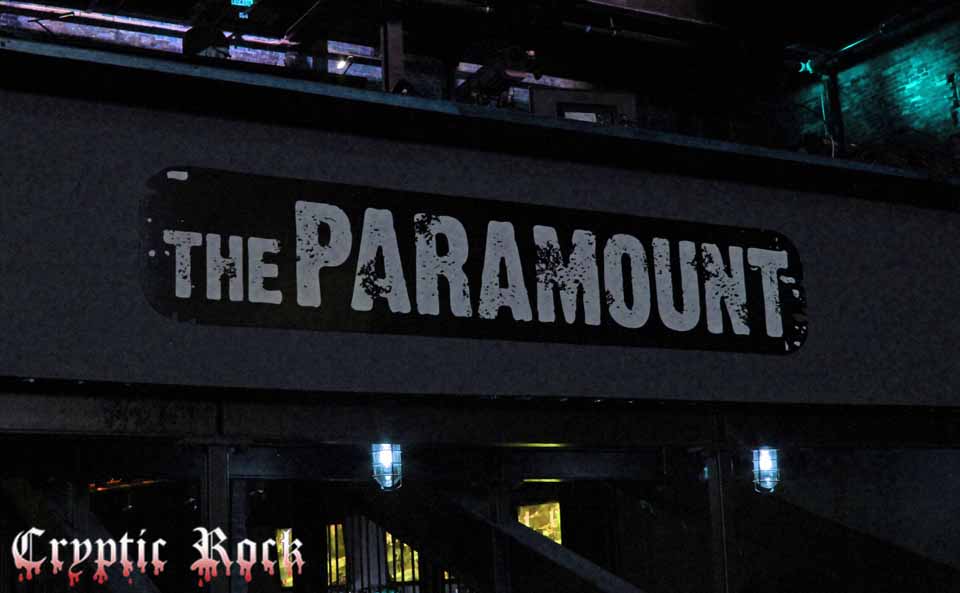 Back in the 1970’s and 1980’s Long Island NY was a premiere spot for rock and metal music. With an abundant amount of rock venues ranging in size hosting legendary bands such as Iron Maiden, W.A.S.P., Megadeth, Metallica, Slayer, Anthrax, Warrant, Winger, Slaughter, Blue Oyster Cult, Joe Satriani, The Outlaws, Molly Hatchet, Death, Red Hot Chili Peppers, Voivod, Soundgarden, Alice In Chains, Faith No More, Keith Emerson & Carl Palmer, Hanoi Rocks, Nancy Sinatra, Motorhead, King Diamond, White Zombie, Rory Gallagher, Robin Trower, Ace Frehley, Johnny Maestro And The Brooklyn Bridge, Dream Theater, Johnny Winter and many more. One would say it was the golden age of rock entertainment. Sadly overtime all these venues started to vanish and by the mid 1990’s Long Island was a ghost town for rock venues. During the early 2000’s there were a handful of venues which came on the scene but due to poor management didn’t last. 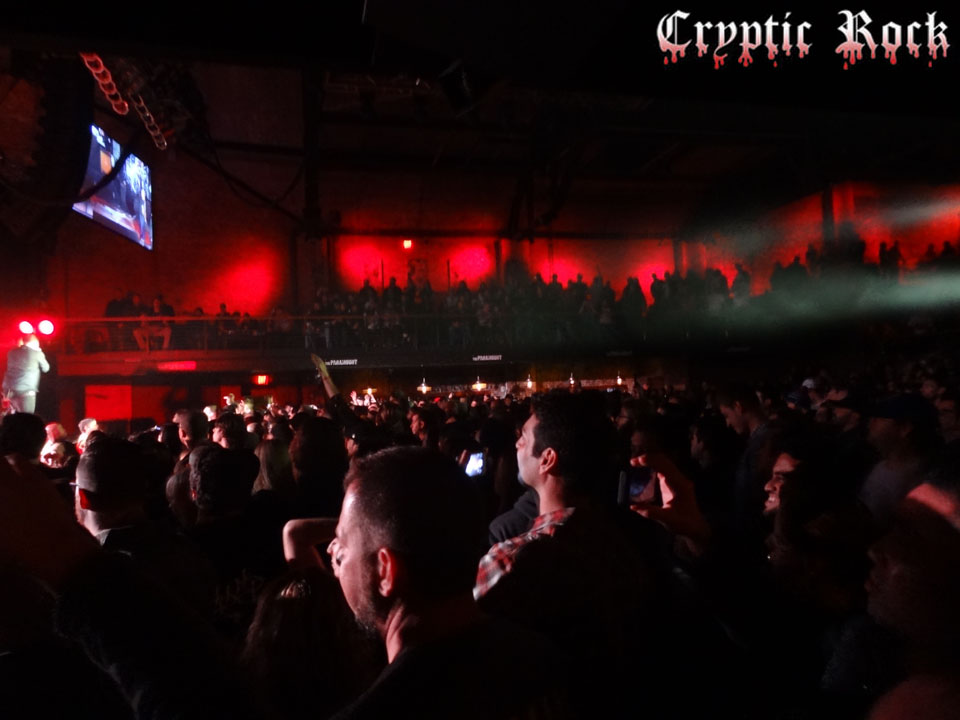 Always a great show from any vantage point at The Paramount

In 2011 Long Island was in for a revolution of rock venues led by The Paramount in Huntington NY. Located at the newly renovated and reinvented former IMAC theatre. Holding a capacity of 1,555 challenging for one of the bigger venues on the island. When the venue first opened in September 2011 many speculated if there would be any good bands performing here. The venue made a big impression right from the start with hosting Rusted Root, Elvis Costello, Third Eye Blind, B: 52s, Blue Oyster Cult / Uriah Heep, Bush / Chevelle, Jack’s Mannequin / Company of Thieves, The Script / Hot Chelle Rae, Warren Haynes, B.B. King, NOFX / Anti-Flag / Old Man Markley, and All Time Low / The Ready Set / He Is We all within their first month! The Paramount didn’t stop there in November 2011 The Goo Goo Dolls had played 2 shows, Pixies, Korn, Anthrax/ Testament, Ray Davies and many more rocked the venue. During the venues first Christmas season in December 2011 we saw the likes of more big names such as Twisted Sister, Cheap Trick, Kyuss Lives!, Scott Weiland of Stone Temple Pilots, and Devo. One thing was for certain The Paramount was for real and was pulling no punches. 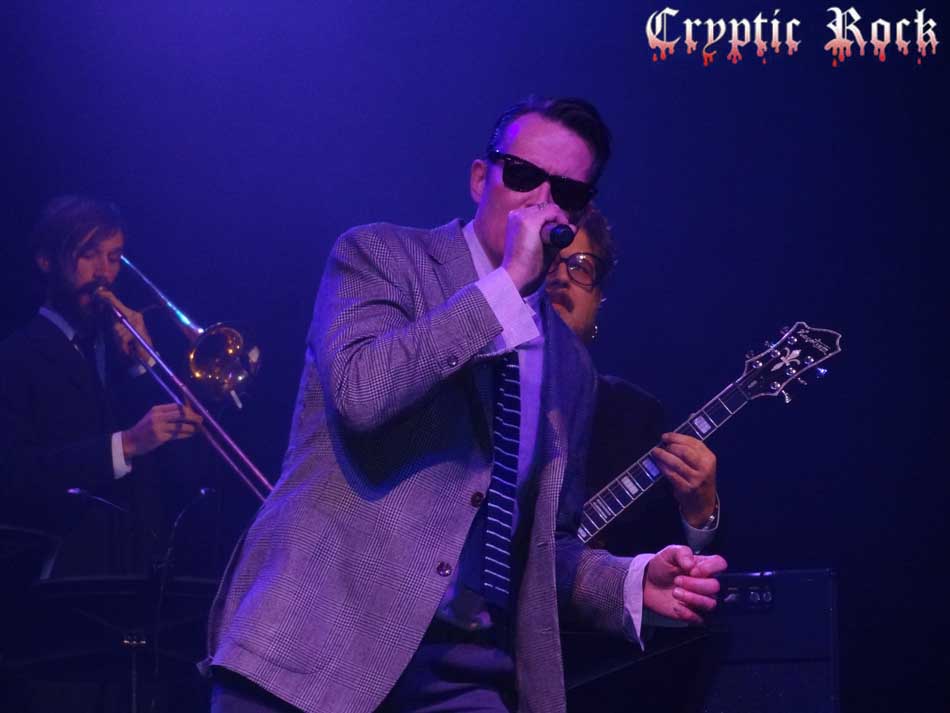 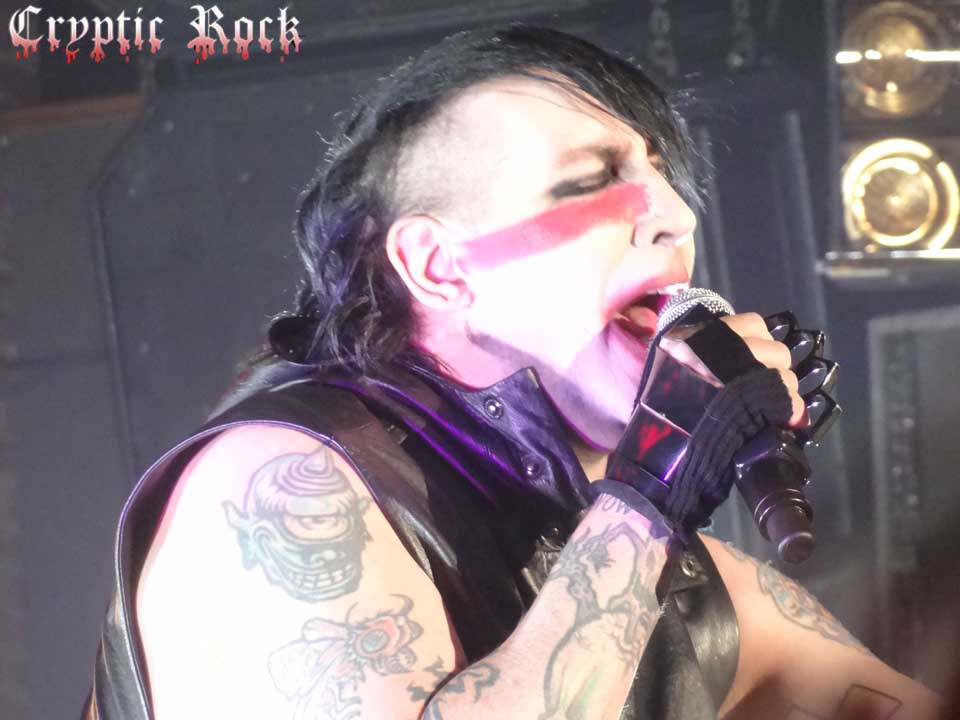 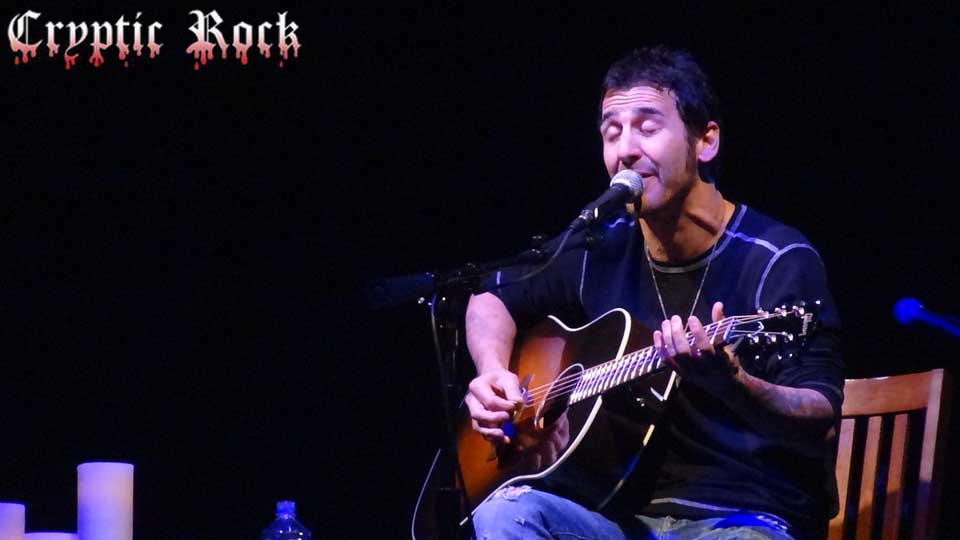 Sully Erna of Godsmack at The Paramount 4-1-12

Proving they were the real with the bands which graced the venue in only a year and a half the next thing the venue had to prove was professionalism. Many times a venue will be able to get the acts people want to see but simply not know how to run the events. Whether it be booking too many local acts on top of the bands on the national bill, running the shows too late, unnecessary long breaks between acts, and rude unprofessional security and staff. The Paramount seemed to have learned from the mistakes from those who came before. With professional polite security and staff and prompt set schedules which are on time making for a pleasurable stress free night at a concert. 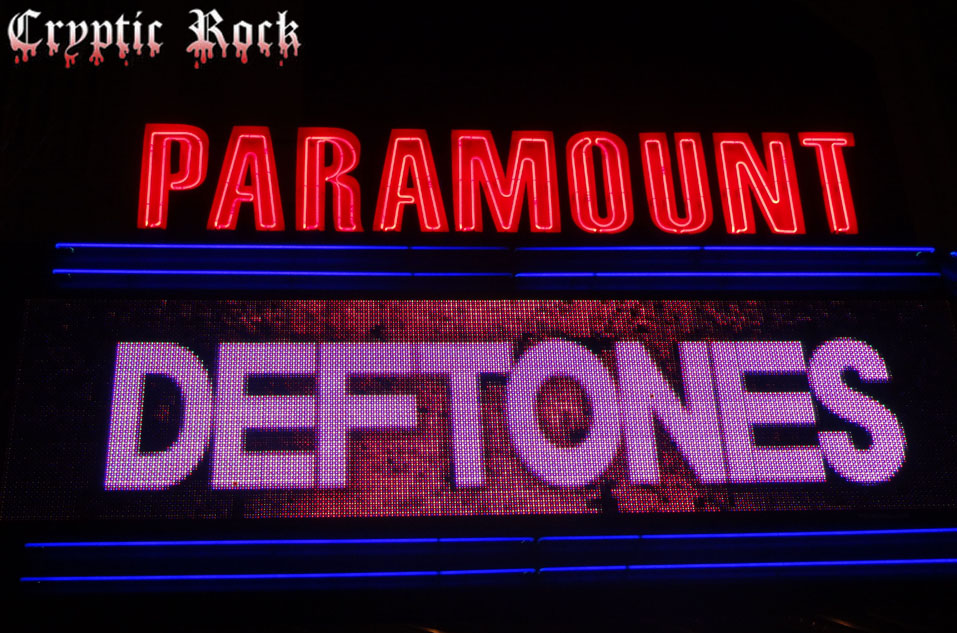 Classic bright marque over the entrance of The Paramount

The next area of importance when it comes to a venue is sight and sound. When you first walk into the main hall of The Paramount you are amazed at how high class the room is. The hall has high theatre ceiling making for great acoustics and atmosphere. The sound system here is excellent with clear powerful sound. Often a venue will have a poor sound system or will make the sound so loud it’s deafening. You are treated to some of the best live sound this side of NYC. There is not a vantage point in the house with a VIP balcony on each side of the hall, mezzanine stadium seating in the rear, and large open general admission floor for those who want to be up close in the action. The lighting is possibly the best of any venue on Long Island. A strong display of multi-angle lighting so you can see everything on stage with still keeping the ambience of a live rock show. 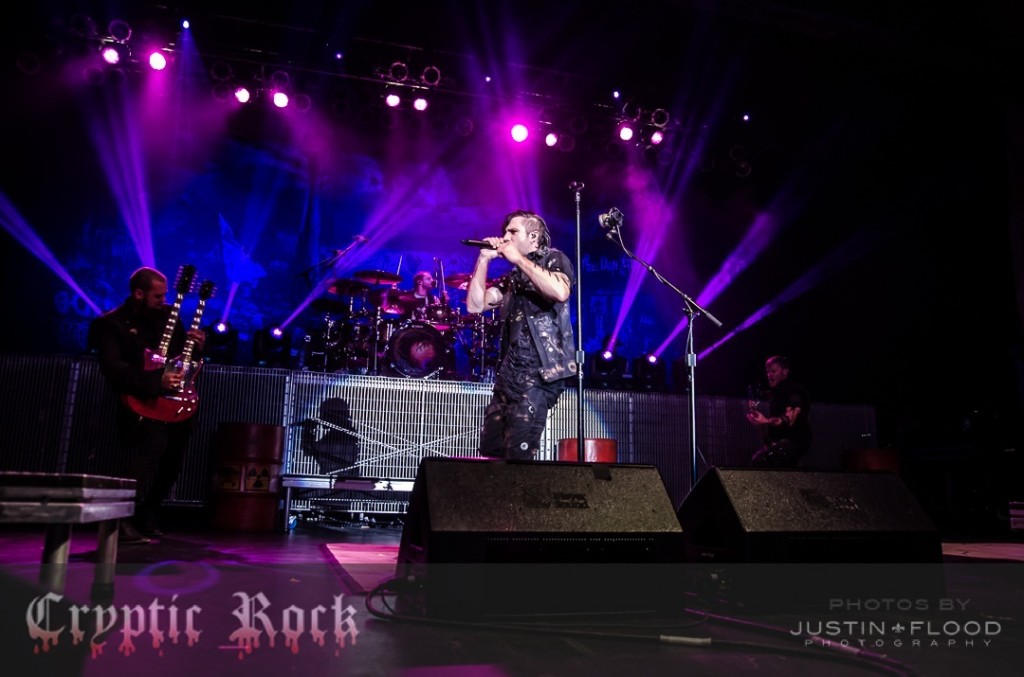 With all the major areas of importance for a great rock concert experience the venue goes above and beyond with it’s visual appeal. When you first walk into the lobby on the 1st floor you realize this is not some hole in the wall and a serious venue. You get the impression you are at a big time rock venue in NYC the likes of Best Buy Theatre. As you are walking up the 1 of 2 stair cases to the 2nd floor your eyes are drawn to the hall walls covered in hand written rock song lyrics. A really cool touch which can be appreciated by a music fan. Your then brought into the main bar area with a beautiful large window overlooking the village of Huntington. Once you walk into the general admission area of the music hall you have the choice of a bar on each side of the floor convenient to all. 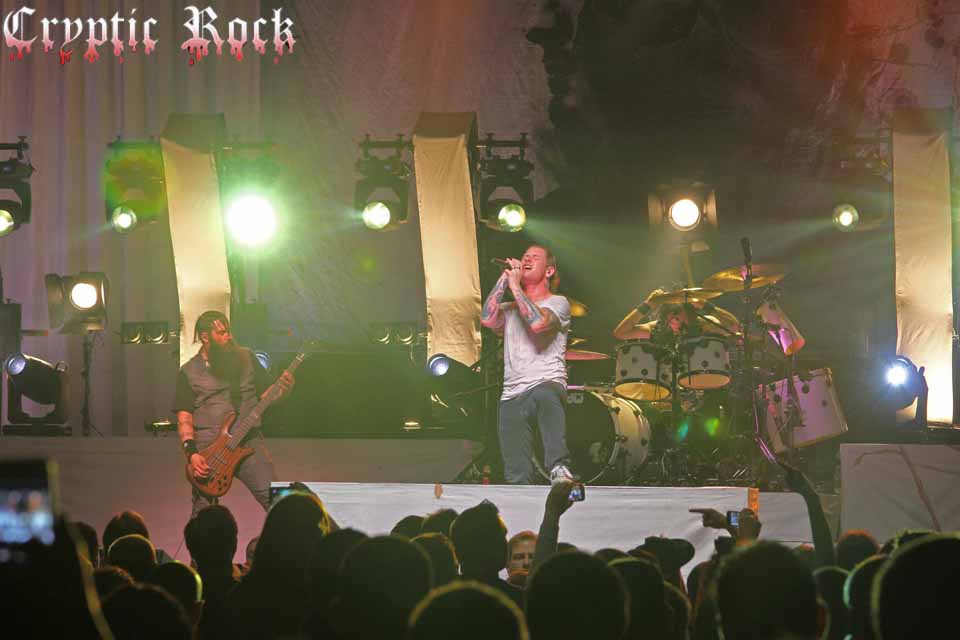 Overall, The Paramount has made a huge impression since it opened in 2011. The type of impression that keeps bringing people back. Hosting many sold out shows and making a name for themselves from Montauk to Queens as one of the best venues in New York. In 2013 we already have seen Yellowcard, The Gin Blossoms, Kansas, Testament, Flyleaf/ Drowning Pool, The Deftones, Matchbox Twenty, As I Lay Dying, Sully Erna of Godsmack (for a second time), Stone Sour, Pop Evil/ Three Days Grace, Asking Alexandria, Saving Abel, and so much more! In the coming months we will see Eddie Money, The Psychedelic Furs, Peter Frampton, Drowning Pool/ Eye Empire, Courtney Love, Bozz Scaggs, Rick Springfield (for a second time), Hollywood Undead, Everytime I Die, Smashmouth/ Sugar Ray, Silversun Pickups, Pat Benatar and more yet to be announced! As a rock and metal fan The Paramount satisfies your desire to see some of the biggest and hottest names in rock and metal within a short drive from your house whether your in Nassau or Suffolk County. It seems as the venue becomes more established they impress even more with each new show announcement. Looks like rock is back on Long Island and here to stay! Cryptic Rock give this venue 5 out of 5 stars. 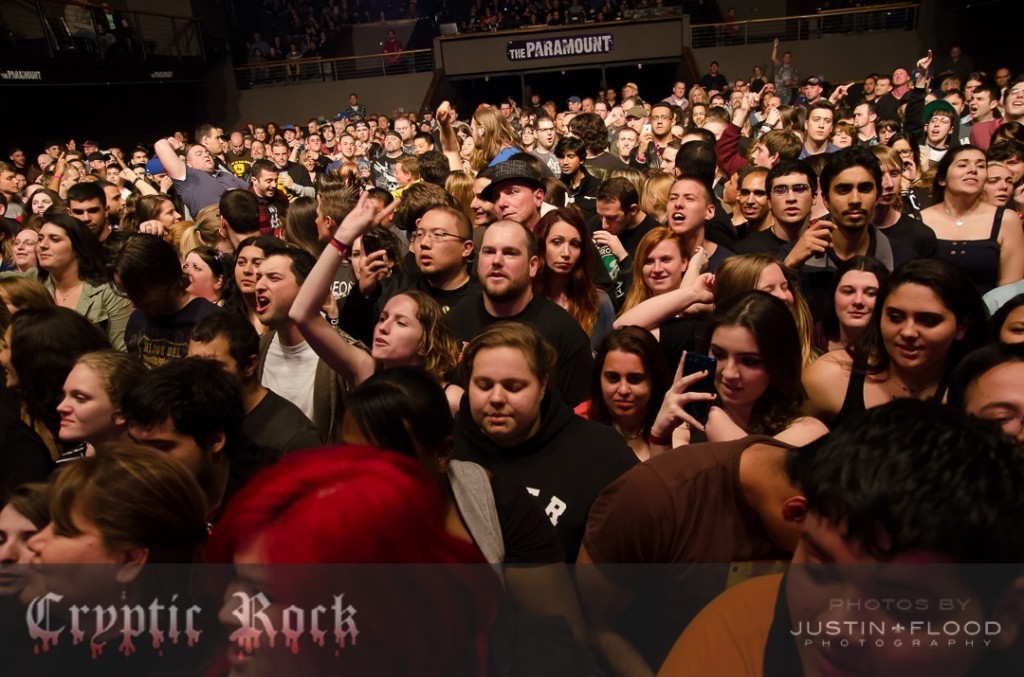 Another sold out show at The Paramount 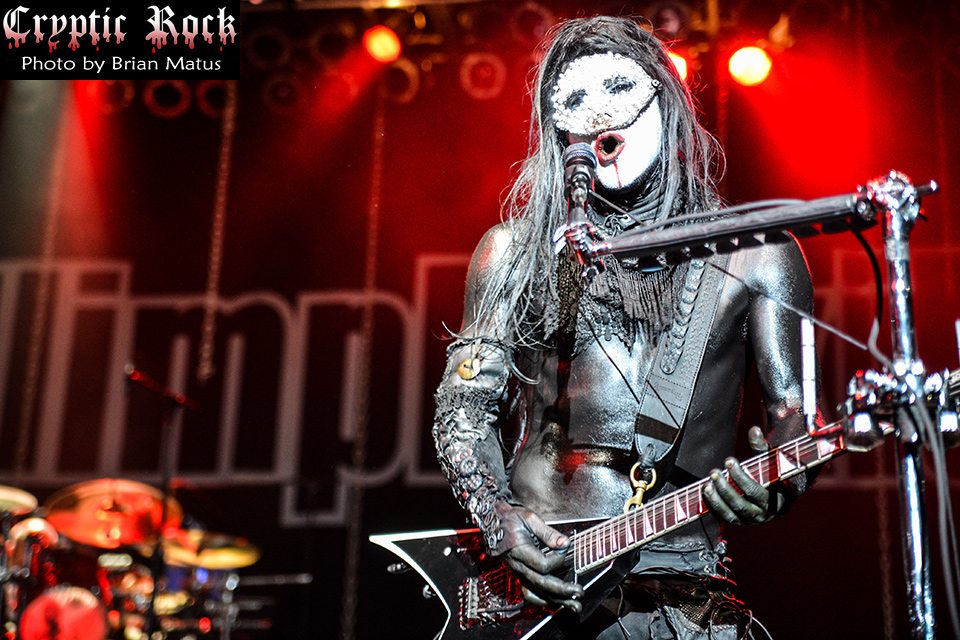