It has been said that popularity comes at a price – but at the price of what? At one point in their lives, everyone has been in a situation where they just wanted to fit in; to be noticed, to be a part of the in-crowd, to feel accepted. Although some people could care less about what others think of them, many will strive to do anything to make them stand out among the popular crowd – the “preppies.” Most people recognize that word used to describe the well-dressed peers that they grew up with; popped collars, money, and egotistical attitudes. Some people wanted to avoid the preppies at all costs, while others jumped at any opportunity to join them. The stereotypical popular crowd has been seen throughout the decades in films such as Heathers (1988), The In Crowd (2000), and Mean Girls (2004). Yes, rich kids acting like assholes and gaining popularity at the expense of others is not an unfamiliar topic, but when the story is based off a real life situation, it perks the interest of audiences and has them wanting to know more. 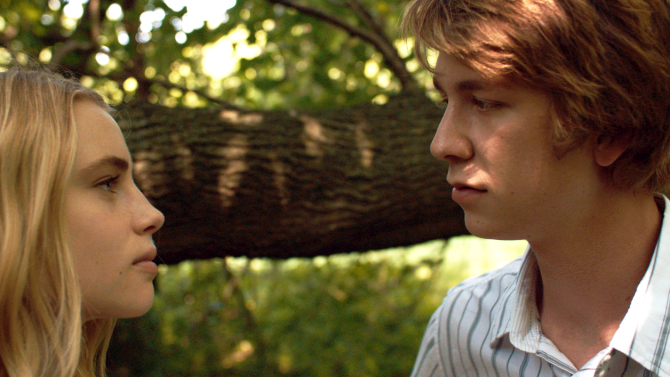 Still from The Preppie Connection

Back in the eighties, there was a huge scandal in the news about kids and drugs at a prestigious prep school. Director Joseph Castelo (The War Within 2005, Death Metal Angola 2012) always remembered the story and decided to obtain the rights to make a film about it. He wrote, directed, and produced the new Crime Drama The Preppie Connection. Although some parts of the story had to be left out, the film follows the true event pretty accurately. He was interested in this project because of his own experience with boarding schools in the ’80s and the peer pressure that came with it. This film has several producers, including Adam Folk (Mulberry St 2006, Stake Land 2010), Eric Schultz (The Heart Machine 2015, James White 2015), and many others that turned the screenplay written by Castelo and Ashley Rudden (Vanity Fair 2004, The Namesake 2006) into a fast-paced Drama that is sure to impress audiences.

Beyond the story, Director Castelo has said in prior interviews that the music is really important to this film, and the musical score by Sam Bisbee (Don’t Go in the Woods 2010, Cop Car 2015) is impressive and sets the tone for the story. In hopes to discover songs that people do not associate the ’80s with, they found b-rated side songs that were not as popular back then and had modern day bands cover them, including the really awesome band, Future Punx. 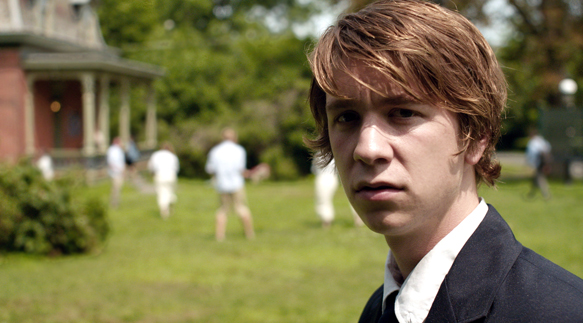 Still from The Preppie Connection

However, as mentioned before, stories about rich, spoiled kids who find themselves involved in scandals has been done, but what makes this movie stand out among the rest is the talented young cast, including Thomas Mann (Hansel and Gretel: Witch Hunters 2013, Me and Earl and the Dying Girl 2015), Lucy Fry (Mako Mermaids 2013, The Vampire Academy 2014), Sam Page (The Brotherhood 2001, Finish Line 2008), Logan Huffman (Lymelife 2008, Final Girl 2015), Jessica Rothe (The Hot Flashes 2013, Lily & Kate 2015), Robert Gorrie (One Life to Live 2013, License Plates 2016), and Hemky Madera (Rango 2011, Prisoner 614 2012). Both Mann and Fry sought out this project and were dedicated to and passionate for their roles from the very start.

The Preppie Connection tells the story of Toby Hammel (Mann), an average teenager of a working class family. When Toby is awarded a scholarship to the prep school Sage Hall, his parents, Mike (Bill Sage: Nurse Jackie TV series, We Are What We Are 2013) and Ingrid (Amy Hargreaves: Homeland TV series, Blue Ruin 2013), think of it as a dream come true, especially his Mom, who dreams of a wealthy life and high social status. Toby is hesitant to go; he has nothing in common with the “preppies,” but decides to push through it to please his Mom.

Once at Sage Hall, he instantly falls head-over-heels for Alex (Fry) and will do anything to become close to her and make connections with the crowd she hangs with, including Ellis (Huffman), Laura (Rothe), and Ben (Gorrie). At first, it is juvenile transactions with local pot dealers, but when the popular crowd introduces him to cocaine, Toby finds a way not only to be popular, but to make money from everyone around him through his connection with Colombian drug dealer, Raul (Madera). As the pressure around him builds, nothing seems to faze him despite the clear warnings from people around him, including his teacher, Mr. Jennings (Page). How far will he go for popularity, wealth, and to win the heart of the girl?

The film had its debut at the Hamptons International Film Festival on October 10, 2015, which was a perfect location to premiere the story of rich kids caught in a scandal. Now on March 18, 2016, The Preppie Connection sees a an IFC Films release through Video on Demand as well as select theaters. It is a story that needs to be seen by everyone, whether they are familiar with the true story or not. Not only is the story interesting because it actually happened, but the music and talented cast provide a fun and thrilling atmosphere that everyone will love. CrypticRock gives The Preppie Connection 5 out of 5 stars. 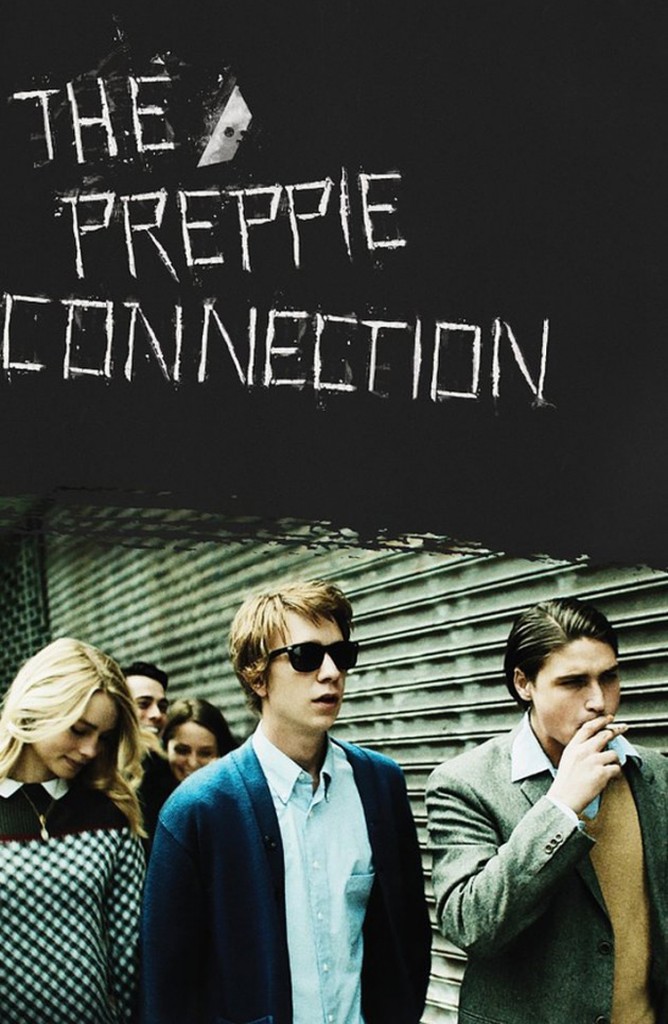