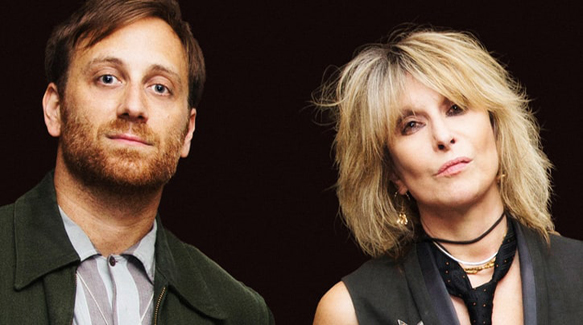 It has been a long and interesting road for the English-American Rock band The Pretenders. Forming back in 1978 in Hereford, England, they originally consisted of Chrissie Hynde (vocals/rhythm guitar), James Honeyman-Scott (backing vocals, lead guitar/ keyboard), Pete Farndon (bass), and Martin Chambers (drums, percussion). Sadly, early on into their journey, they saw the loss of both Honeyman-Scott and Farndon to drug related conditions.

Through it all, sustaining numerous lineup changes, Hynde has kept The Pretenders going strong, leading them to become a standout act transcending into 1980s with singles such as “Brass in Pocket,” “Back on the Chain Gang,” and “Don’t Get Me Wrong,” among many others. Rock and Roll Hall of Famers since 2005, The Pretenders are back in 2016 with a brand new album, entitled Alone. Their tenth overall studio album and their first studio album since 2008’s Break Up the Concrete, it also marks the band’s return to touring after a four year hiatus. Embarking on a nationwide tour alongside Stevie Nicks this fall, on October 21st, Alone was released to the excitement of eager fans.

Title track “Alone” starts things off in a very nonchalant, devil-may-care attitude that lends itself the self-proclamations of independence Hynde delivers partially in a blend of song and spoken word format. “Roadie Man” follows with a soft chill of Hynde’s voice and mellow sonic undercurrent that creates an ’80s “jam session” flow that is lazy and free in the smoothest way. It tells the story of being in love with a roadie whose heart is on the road. Universally, there is something relatable about loving someone who is detached or removed from your grasp, but not from your heart. It can be endearing, lonely, and  strange. “Gotta Wait” opens with a prominent drum and crispness that gives it a sharper, yet bouncier rhythm than its predecessors. It is accented by the interjection of twangy strings that offset the potential monotony of the drum beat and vocal rhythms.

“Never Be Together” changes gears and highlights some the diversity on Alone by showcasing a new realm of Hynde’s vocal style and softening the pointedness of the percussion. There is something sweet and familiar about it that is almost reminiscent of The Cure’s “Lovesong,” a similar groove and heart. It is icy and smooth, yet there is a murkiness to it, like milky glass on which the entire band is swirled beautifully. “Let’s Get Lost” continues this trend with the true chill coming from the play off the strings as they dance behind the earthy, yet ethereal subtleness of Hynde’s vocals. “Blue Eyed Sky” has a gentle chugging driven by the simplistic acoustics it employs. It feels like campfire music in the South, like a backyard barbecue with friends, and makeshift instruments, like a washboard and salt shaker. It feels tangible, real, and inviting; and that feels a lot like love, which is the whole point.

In a pleasant change of styles, “One More Day” delivers Latin-inspired flavors, Flamenco-fused soul that winds around and through, like a snake being charmed in the market square. It brings a new sensation to the album and allows for Hynde’s vocals and the stringwork to twist and reverb in new poignant ways. The real star is the guitar on this track, as it is the pied piper that carries the listener effortlessly through the song, dancing all along the way. “I Hate Myself” feels like a missing song from the Kill Bill soundtrack. It features an almost Western influence and a darkness and depth that sits heavy and low.

“Death Is Not Enough” is another one of those sweet and easy songs The Pretenders have laced this album with, and it rolls beautifully and tragically. It speaks to the endurance of love and perseverance in the face of conflict, or loss, even extending beyond death. Closing out Alone is “Holy Commotion,” which takes a different tone from the rest of the predominantly soft, somber, or serious tracks on the album. It is bouncy, energetic, and fun as frenzied keys/synth notes dance in the background behind the danceable percussion on the forefront.

One thing The Pretenders excel at on Alone is making the listener feel like they are not alone and inviting them into their circle of storytellers, daring them to find their own story amongst the throng. It does not isolate and condemn, or generalize and dismiss, the entire album is a series of stories told through the Hynde’s lips, but made for the experiences of many. It is soulful, real, and palpable. CrypticRock gives Alone 4 out of 5 stars. 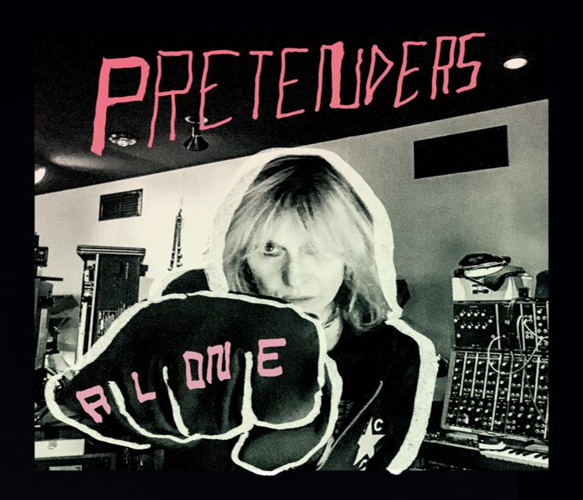