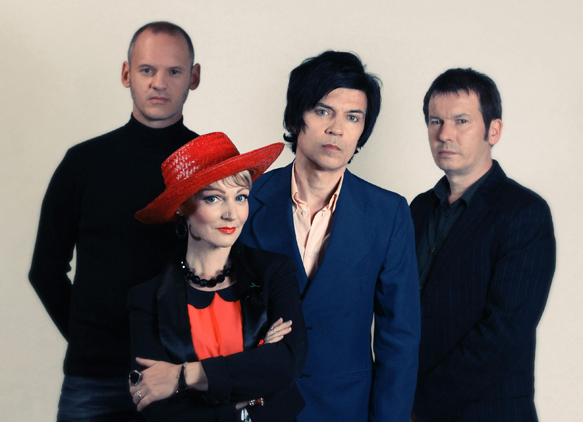 The Primitives catapulted to commercial popularity after the inclusion of their song “Crash” in the soundtrack of the 1994 movie Dumb & Dumber, which starred Jim Carrey and Jeff Daniels. However, in the New Wave/Indie Pop music scene, the English band has been active as early as the mid-’80s.

Formed in 1984, in Coventry, England, The Primitives currently consist of original founding member Paul Court (guitar/vocal) and longtime members Tracy Tracy (vocal) and Tig Williams (drums) with new member Raph Moore (bass). Style-wise, their music runs in parallel with the sunny vibrancy of ’50s- and ’60s-originating female-fronted Pop groups like The Chordettes (“Mr. Sandman”), The Crystals (“Then He Kissed Me”), and The Ronettes (“Be My Baby”) but with the updated relevancy of the kind of New Wave that emerged in the 1980s. The Primitives’ songs may be best played alongside those of batchmates like The Shop Assistants (“I Don’t Want to Be Friends with You”), Talulah Gosh (“Steaming Train”), Transvision Vamp (“Tell That Girl to Shut Up”), The Darling Buds (“Hit the Ground”), and Voice of the Beehive (“I Say Nothing”). From the recent and current scene, one may even throw in some Camera Obscura (“I Don’t Do Crowds”), The Pipettes (“Your Kisses Are Wasted on Me”), The Pains of Being Pure at Heart (“Young Adult Friction”), Best Coast (“Let’s Go Home”), and PINS (“Young Girls”) and one gets a better sonic picture of the genre.

During their prime, The Primitives got to release three albums—Lovely (1988), Pure (1989), and Galore (1991), until their disbandment in 1992. They since reformed in 2009, and in 2012 released the all-covers Echoes and Rhymes, their first full-length in twenty-one years. Two years after, another album was unleashed, the recently released Spin-O-Rama. Considering the sound of these two comeback albums, the band seemed to have not really aged or gone on a hiatus and its members have not been affected much by whatever changes in musical landscape have occurred in the mainstream for the last twenty years. The trademark jangly, subtly fuzzy, and melodic sound and cutesy voice behind The Primitives is as vibrantly present as ever. Such stylistic consistency is certainly one of the band’s traits that have endeared them to their longtime fans, and this same sonic identity will be what newer and younger enthusiasts of the genre will love them for.

Entitled Spin-O-Rama, The Primitives’ latest, fifth offering was released on October 13, 2014. It opens with the rapturous sugary Pop Punk of the title track; with its pristine plucked guitar, melodic bass lines, frenetic drumbeats, and saccharine voice, The Primitives and their distinctive sound are definitely back. Following next, in similar yet less urgent heartbeat, is “Hidden in the Shadows,” whose thinly slicing, razor-sharp angular guitar strums and trebley bass rolls complement Tracy’s voice in a balance of blissful agony. And then Court steps in to take his turn on the microphone as he sings the organ-drenched “Wednesday World,” whose short and simple structure suits well its relatively slow tempo. “Follow the Sun Down” enters with a Led Zeppelin vibes albeit expressed in miniature and coy terms; its metallic sheen afterwards filed out of its rough edges by the keyboard’s celesta sound.

Court’s soft and intentionally sluggish singing voice returns in the midtempo “Purifying Tone,” which, coupled with its spiraling and shimmering guitars, sounds like it was plucked off Sonic Flower Groove, the mellifluous first album of the seminal English band Primal Scream (“Gentle Tuesday”).

The album’s mid-song, “Lose the Reason,” is also the highlight. It best carries the typical style of the band—punky and dancey beat, fuzzy guitars, complementary keyboard melodies, rolling bass lines, and the interesting interplay of Tracy’s teeny-weeny voice and Court’s languid vocal styling. This mirrorball-worthy vibes flow into the equally danceable “Petals,” whose stops-and-starts, guitar ad-lib, and chord changes will remind the listener of the style and structure of The Primitives’ most popular song, “Crash.”

“Working Isn’t Working” is a less textured affair— only virtually the rhythm guitar, bass, drums, and vocals with minimal but ear-catching organ drone and little guitar plucks as the song slowly fades out. The monotonous yet catchy “Velvet Valley,” which may be nicknamed “The Shalalala Song,” evokes a similar sucrose Guitar Pop simplicity best delivered in the 1990s by the likes of the Scottish band Teenage Fanclub (“What You Do to Me”). This sweet bandwagonesque monotony continues on in “Dandelion Seed,” until finally, The Primitives wrap up Spin-O-Rama with a short reprise of the album opener, conjuring a picture of the band’s muse putting a final offertory ribbon around her band’s latest offering.

With less than thirty minutes of music, divided into eleven tracks, The Primitives once again deliver an album full of blissful Pop ditties oozing with New Wave sensibilities. This is in keeping with what the band has always been good at and capable of since its heyday— a reputation that has long elevated them into the pantheon of Indie Pop icons. After giving Spin-O-Rama a good spin, the listener will surely be afflicted with a trigger-happy impulse to give it another spin, and another one, and another, until someone says…”Let’s Go ‘Round Again”! CrypticRock gives Spin-O-Rama 4 out of 5 stars. 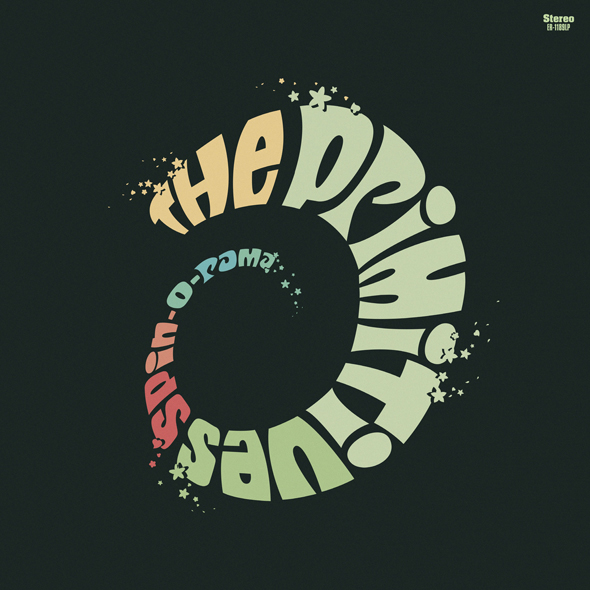