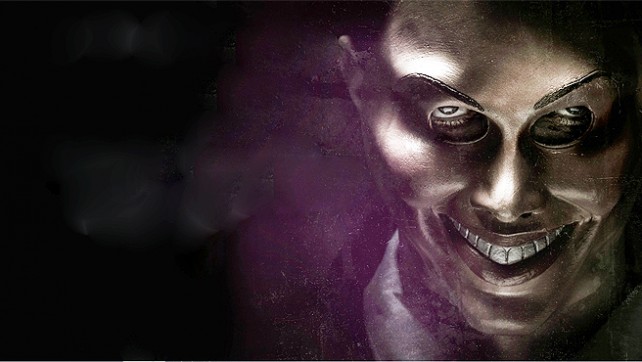 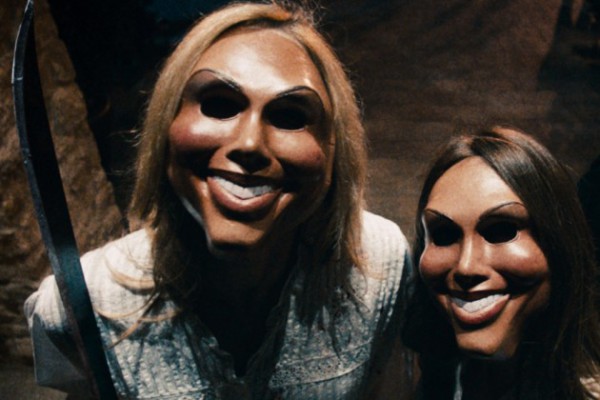 From the producer (Jason Blum) of “Insidious”, “Paranormal Activity” (1-4), “Dark Skies”, “Sinister”, and “The Bay” comes the newest horror/thriller film “The Purge”. Now whether you love or hate the aforementioned films, this is the draw being advertised on every poster and commercial you see (although not all his films are mentioned). I happen to be a big fan of Blum’s horror pieces (not so much the paranormals), I find the music he picks is beyond eerie and the plots are unique and refreshing. I have enjoyed all of his releases so far, which stand out compared to most of the new age horror films that just are tried and true. Regardless, this right here will divide people on whether or not they are willing to sit through “The Purge”. If you did not like the other films mentioned, have no fear, there is hope for you yet young (or old) horror fan.
The plot, which I am sure you already are familiar with, is such a revolutionary concept that I am surprised no one has thought of it yet. Basically one day a year, all crime is legal for 24 hours (hence “The Purge”), where people are invited to walk the streets and perform all sorts of twisted and depraved acts to their hearts content. Even “normal” people look forward to this annual event, suggesting that violence is inherent in all humans. I am not going to dive into the political or social undertones present in the movie (and there are lots for all the yuppies to kibitz about), however I am going to stick to discussing it in terms of a horror fan ok? Great! Now, of course if one chooses not to participate in the event, then you best lock your doors and pray. Ethan Hawke plays the lead as a father of two in a very wealthy neighborhood built on his success as (yup, you guessed it) a home security salesman. Hawke is on his way home from work the day of the purge and we are introduced to his wife (played by Lena Headey or “Cersei” from “Game of Thrones” fame) and their “interesting” neighbors. As they prepare for the night, it is obvious that Hawke’s son is coming of age and not so enthused with the idea of the purge, or just sitting by while people mindlessly kill each other (I know weird right?) and his daughter is “in love” with some bad boy who has his plans to reveal their undying love to Hawke. Once the family goes into lock down, the fun begins. Without giving too much away, things pick up very quickly and family ties are tested as well as morals and allegiances.

A group of upper class psychos with the creepy smiling masks (lead by “polite leader”) begin to antagonize the family when Hawke’s son offers a fleeing victim (the “bloody stranger”) refuge in their nicely fortified home. Unless this stranger is returned to the bloodthirsty mob, the whole family is going to be in quite a pickle. Many people will call out “The Strangers” due to the masks, but there is really not much of a comparison between the two. The movie becomes a very deranged version of “Home Alone” where the family must fight back against the crazies who eventually penetrate the home. There are twists and turns, as one would expect, which keep things interesting. Moreover, there are quite a few action scenes (though unbelievable that a home security salesman can be fight like Chuck Norris) where Hawke gets the best of his opponents which had the audience cheering and clapping in the theater. It’s a nice little film where every baddie “gets his” and the theme of the “haves” and “have nots” is clearly revisited.

Although not entirely a “horror” film, “The Purge” is more of a thriller and action film that I enjoyed, but not as much as I thought. Maybe I was expecting more “The Strangers” and less “Straw Dogs” with regards to the scares and action sequences. Sure there were people screaming in the theater at the traditional “jump” scenes, but there are always movie-goers who will scream at just about anything regardless if it is truly scary or not. It is definitely worth the time, in my opinion, to go and see it for the unique plot, strong lead by Mr. Hawke, and the choreographed beauty that I call the “pool table room” fight scene. In addition, the twists will have you trying to predict who’s who and re-evaluating the “Love thy neighbor” commandment. Cryptic Rock gives this film a 3 out of 5 stars.
Written by Mr. G