The Ramones – 35 Years Of Pleasant Dreams

Punk Rock pioneers, the Ramones, fought many battles in their career. Like many artists, they fought for their creative freedom and learned many valuable lessons about the ruthless music industry. That being said, the band had already been in the game for seven years when they released their sixth studio album, Pleasant Dreams, on July 20, 1981. An album that was met with mixed reviews, and was not considered a commercial success, it broadened the band’s sound with Hard Rock and Pop, warranting discussion on its 35th anniversary.

From the onset, Pleasant Dreams was mired in contention with the band wanting Steve Lillywhite (U2, Thirty Seconds to Mars) to produce the record, although their label, Sire, had other plans. Like many labels, they wanted to fix something that was not broken with one of their bands, and their answer was to hire a well-known producer that would direct the band to be more commercially palatable for airplay. That producer was 10cc’s Graham Gouldman. Skeptically and somewhat reluctant, the band moved forward with the label’s wishes.

To make matters worse, Joey and Johnny, who notoriously did not get along all so well, had different ideas for the feel of the album. Joey wanting to go in a Pop direction while Johnny wanted to take it in a Hard Rock direction. All the while, the band had to deal with Dee Dee’s ever-present drug addiction, and then Joey and Marky were becoming functioning alcoholics. Thus, for the first time in the band’s history, tracks were credited to each individual writer, not the band as a whole, marking a change in their overall attitude. Johnny would go on record as accusing the rest of the band as selling out, so he would write songs that were markedly Punk while Joey did his thing. For lack of better expression, it  was a battle of the bands within the band. Negative backstory aside, Pleasant Dreams is not a bad album, it is just an album fans were not used to from the beloved Ramones, and one the Ramones themselves were perhaps uncertain about themselves.

The first of the twelve tracks shows by the title just how far the Ramones had deviated from their “don’t care” attitude with “We Want the Airwaves,” written by Joey with its poppy melody that follows throughout as Joey tries to cater to the studio’s bidding. A song that is spun regularly nowadays on SiriusXM’s First Wave, it was peppered with old Ramone trademarks like his flat lyric delivery and some repeating chords, and sets the album’s theme in motion. Next, Dee Dee’s “All’s Quiet On The Western Front” has a Surfer/Punk hybrid vibe with a Tribal beat with accompanying guitars as Joey sings about city life through Dee Dee’s eyes.

Moving on, the Joey written “The KKK Took My Baby Away” was rumored to be about Johnny stealing Joey’s girlfriend, when in actuality it was written before Johnny got together with her. Despite the track’s connotations that Joey was affiliated with the KKK, this was farthest from the truth according to Joey’s brother, Mickey Leigh. Showing more pain and emotion, “Don’t Go” was also penned by Joey and it shows shades of Phil Spector, who legendarily produced the band’s previous album, 1980’s End of the Century, with its ultra-clean production. While ballads of sorts were not foreign to the Ramones, “Don’t Go” tried to retain the Punkish, Beatles vibe with a New York accent within the sterile environment.

Then there was “You Sound Like You’re Sick,” done by Dee Dee, a track that sounds more Ramones-ish than any song before with its bass/drum-driven melody with an intentional unpolished feel. Thereafter comes Joey’s “It’s Not My Place (In the 9 to 5 World),” which has a Doors-esque intro that turns Pop-driven by Marky’s drumwork, and set to Ramones lyrics balking the status quo.

Taking the audience on a power ballad ride, “She’s A Sensation” shows Joey’s tempers and Johnny’s hard guitars with his love lyrics. Keeping the tempo moderated, “7-11” comes in with another written by Joey with his retro vibe and tear-jerking reminiscent lyrics. Like a roller coaster, Dee Dee speeds up the tempo with more traditional Punk, albeit polished, “You Didn’t Mean Anything to Me,” a cutting piece musically and lyrically about his life in general. Continuing along, leading the listener not knowing which way is up, Pop owns Dee Dee’s “Come On Now,” a 2:33 head-bopper that elicits ideas of innocent fun. Here Joey could be singing tongue-in-cheek, or he could have been “I didn’t stutter” serious in his poppy, yet choppy “This Business is Killing Me,” seeing the pressure he was getting from the studio on one hand, and the band on the other. Ending the ride that is Pleasant Dreams is “Sitting in My Room,” a high-tempo piece by Dee Dee that Joey literally spits out lyrics with the same venom he sang on the previous track.

Despite the studio’s sure-fire plan to get the Ramones mainstream and more marketable, Pleasant Dreams failed to do so since fans had come to expect unpolished, raw Punk tunes from the band. However, the album gave the guys a venue to vent their frustration and anger at the studio and each other creatively in literal and metaphoric lyrics, even if it was not their music. To this day, dedicated fans have nothing but positive things to say about the album, with many thinking it is an overlooked gem from the Ramones later years, and many embracing its Pop leaning. Regardless of such, the overwhelming sentiment when reflecting on Pleasant Dreams is how much the Ramones are truly missed. Therefore, Pleasant Dreams has earned its place in Ramone mythology for now and forever. 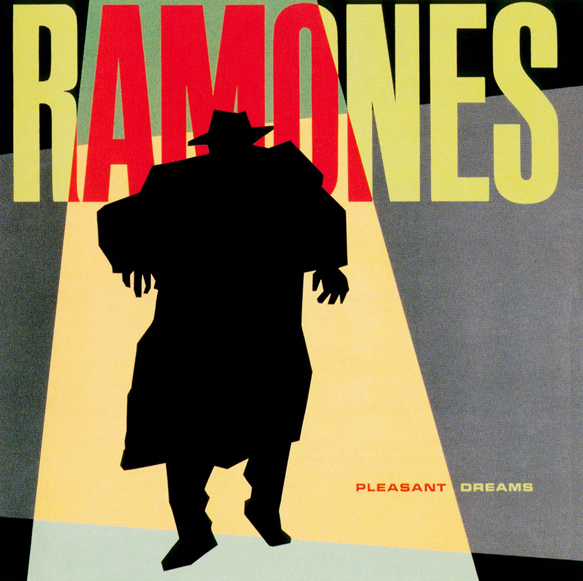