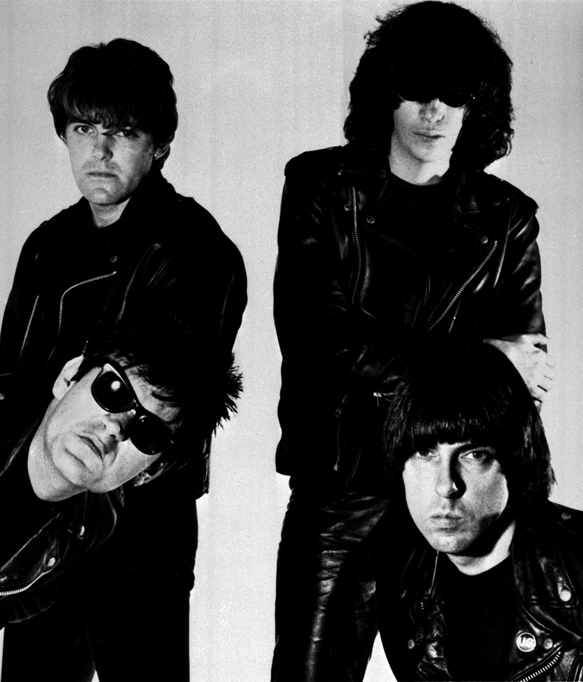 Midway through their two plus decade career, the legendary New York Punk Rock band Ramones released their ninth studio album, entitled Animal Boy, on May 19th of 1986. Though not the Ramones most popular album, Animal Boy unleashed the singles “My Brain Is Hanging Upside Down (Bonzo Goes to Bitburg),” “Somebody Put Something in My Drink,” and “Love Kills” on the world with searing social commentary as well as candid and heartfelt lyrics, making audiences sill pay attention thirty years later.

Recorded in December of 1985, it would be the first time, but not the last time, the band worked with Producer Jean Beauvoir. The album included the original lineup of Joey Ramone on lead vocals, with the exception of tracks three and nine, Johnny Ramone on lead guitar, Dee Dee Ramone on bass guitar/backing vocals as well as lead vocals on tracks three and nine, and Richie Ramone, who had replaced Marky on drums in 1983. Those interested why Marky was let go from the band, according to his 2015 autobiography, Punk Rock Blitzkrieg: My Life As a Ramone, Dee Dee ratted him out about his drinking during the Subterranean Jungle sessions to cover up his own addictions.

An interesting part of the whole story, the album’s cover art features the band standing in front of a cage while a chimp is being held, and another is behind them, as it is watching over them, like a kinship. The back art is a picture of Krao Farini, who went by the stage name The Missing Link because she had Ambrose Syndrome, which caused excessive hair to grow on her face. The band, again, felt a kinship because, like Farini in her day, the Ramones often felt misunderstood.

Animal Boy’s twelve tracks, with a total running time of just over a half hour, begins with the Richie Ramone-written “Somebody Put Something in My Drink.” Considering the band, as a whole, were at the least heavy drinkers, an opening song about drinking was apropos, with the Ramone’s patented tongue-in-cheekiness, even with the Poppy melody. The album’s title track has a straightforward declaration setting haters straight that the guys were quite intelligent despite impressions of their looks and lyrical content. It is a straight Ramones style cut in every sense, from the no-nonsense beat to the lyric delivery. Following up is the Dee Dee penned track entitled “Love Kills.” A reaction to the death of Sex Pistols’ Sid Vicious, due to a drug overdose, Dee Dee unleashes his sadness on this short Punk piece. The tragic irony of the song was that Dee Dee was addicted to heroin most of his life, and inevitably was succumbed by it in 2002.

Next comes “Apeman Hop,” which takes the Ramone insight and humor to another level with the opening sound effects as Joey rails on the supposed civilized, corporate worker. Clocking in at 2:05, the song is the fast, brash, social commentary the Ramones were known for. Then the straight ballad “She Belongs to Me” slows Animal Boy down exponentially as Joey belts out venom to someone, who judges him on his show off affection to his girl. Though way slower, the track still works within the album’s theme of being judged. In contrast, although taken as a goofy filler song, “Crummy Stuff” has the Ramones simplicity and honesty.

Originally released as a UK single in 1985, the Metal/Pop “Bonzo Goes to Bitburg” was the Ramones’ serious response to President Ronald Reagan’s controversial visit to Bitburg, Germany’s military cemetery. The band called Reagan Bonzo after the chimp character in the 1951 Comedy Bedtime for Bonzo while taking 1952’s Bonzo Goes to College title and molding it to their needs. Showing the song remains relevant, in 2003, the film School of Rock featured it with its full title, “My Brain Is Hanging Upside Down (Bonzo Goes to Bitburg).”

A reflection of where the band was at the time, internally, the Ramones were fighting their own demons. Whether it was Dee Dee’s drug abuse, Joey’s OCD, and each other, the Rocker “Mental Hell” can easily sum up the era pretty explicitly. This is before Dee Dee returns to the mic in the Punk “Eat That Rat,” a ruckus, but insightful view on the highs and lows in society. Moving along quickly, “Freak of Nature” uses a riff the Ramones practically patented with an athemic feel as Dee Dee declares he is a freak of nature, but telling the world the Ramones are just as human as the rest of society. Going back to what the guys liked doing besides making music is “Hair of the Dog,” a Punk piece referencing their penchant for the drink. Then, finally closing Animal Boy, “Something to Believe In” is probably the most poppy piece of the album.  With that vibe, the song ends the album with some hope for the future of society, or perhaps, the band themselves.

At this point in their careers, the Ramones were about ten years in with people pulling them away from their original sound. With that said, Animal Boy continued the band’s poppy trajectory that was started with the Phil Spector-produced 1980 album, End of the Century. While Animal Boy only made #143 on the Billboard 200 in 1986, it showed the depth and concern the band had for events that they saw around them. They also voiced their feelings about people writing them off as Punks, even likening them to animals from New York, and by way of, giving listeners with similar emotions; a feeling of kinship, thirty years later. 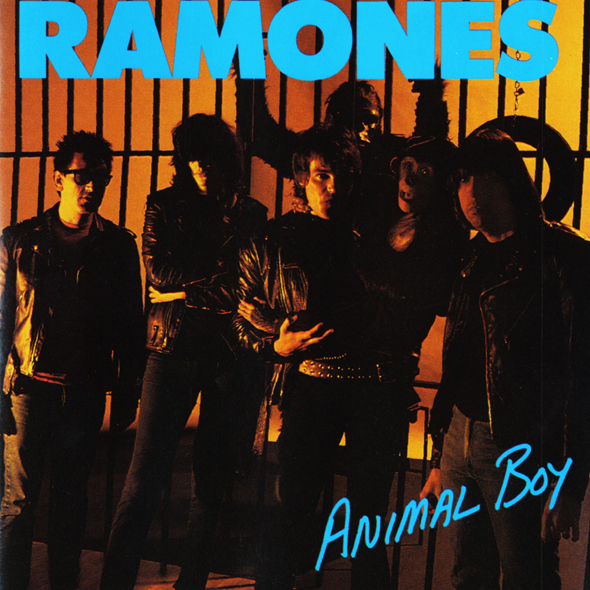