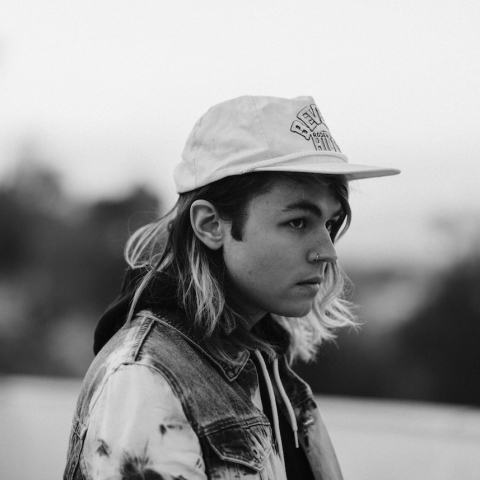 To be a single artist in a scene consisting of a multitude of ensembles, Jordan Witzigreuter, better known as The Ready Set, took an idea and rolled with it. From Fort Wayne, Indiana, Witzigreuter created this one-act Electropop group in his basement after being associated with other Punk and Metal bands. Writing and recording, music took over his life, while being recognised and signed to Fall Out Boy’s Pete Wentz’s record label, Decaydance. In following years, Witzigreuter juggled around with different labels, alongside releasing three albums, and playing shows with a touring band. He is best known for his number one hit, “Love Like Woe,” from I’m Alive, I’m Dreaming, in 2010.

Since then, the release of his third record, The Bad & The Better, in 2014 led fans to his latest in 2016, I Will Be Nothing Without Your Love, released April 8th via Hopeless Records. Getting a glimpse of some of these songs on the Fight For Something Tour, featuring Say We Can Fly, Set It Off, and Tonight Alive, fans were able to get a first listen to some new songs, as well as hear some old. Gaining new fans along the way, The Ready Set is off on another music-filled journey with this twelve track magnum opus.

I Will Be Nothing Without Your Love kicks off with “Disappearing Act,” a fun and effortless addition to The Ready Set’s catalogue, soon to be classic. This track gives insight to the world of Witzigreuter and the heart of his musical tranquility. Followed by “Being Afraid,” another upbeat and amusing track, which showcases a catchy melody. This song is transformed by the lyrical composition, alongside funky bass lines and Electronic beats, keeping listeners fully intrigued.

The first single off the album, “Good Enough,” was initially heard by fans February 5th. The songs starts off with a light piano intro, transitioning to vocals and an optimistic Techno drum beat. The song is about trying to be the best version of oneself for someone they care about, and only wanting to be by that person’s side. The song ends with an almost tropical-like, innovating electronic outro. More toned down than the tracks before, “Concrete” is a slightly softer side to The Ready Set. The song still highlights the expected Techno beats, but with lighter vocals.

The title track off the album, “I Will Be Nothing Without Your Love,” starts out slow and rhythmic. Picking up speed as the song progresses, it soon features a memorable and hypnotizing Electronic pattern, followed by a section of rapping. The track continues with bursts of the same Techno beat, handing off to vocals, being richly textured and complex. Confirming the rumors of the album’s eminence, “Run With Me” takes listeners to another world. Being a cliche love song, this is a tune that is relatable and engaging, while also being inviting and enjoyable enough for repeated listens.

Shifting the tone of the album, “Should We Go Downtown” shows a different aspect of I Will Be Nothing Without Your Love. Having a moderate tempo, coinciding with light vocals and smooth background instrumentation, the overall presence this track brings is sweet with a hint of melancholy. Sticking with the same tempo, “Swim” is an intoxicating and appealing track about taking on new challenges. This song gets better with repeated plays and is filled with compelling lyrics, being a track that listeners are sure to remember.

Changing the sound of the music to more of a Reggae beat, “No Love,” featuring Jule Vera is a step forward in The Ready Set’s sound. While picking up tempo during the chorus, the rest of the track is drawn and laid back, leaving room for interpretation. Intriguing listeners instantly, “First” comes on drawing any and all attention. Keeping a steady tempo, this track is one of the most fascinating off the album.

Upbeat and ebullient, “Fire In The Sky” sparks even more interest to this already masterful album. With dynamic vocals and funky background music, this track is bold and intrepid. Closing out I Will Be Nothing Without Your Love with “See You,” listeners have gone on a musical, uplifting journey. Choosing to shift the tone, this track is soft and light, giving off a radiance of hope. With a touch of inspiration, listeners will be completely hooked.

Pure dedication and talent clearly pays off when creating a work of musical literature. Fun and upbeat, any song by The Ready Set is surely the perfect track for a long summer road trip. Grabbing a hold of listeners with catchy hooks and choruses, the wide range of audiences is countless. Easily surpassing his last album, it is Jordan Witzigreuter’s most compelling expression yet. For this reason, CrypticRock gives The Ready Set’s I Will Be Nothing Without Your Love 4 out of  5 stars. 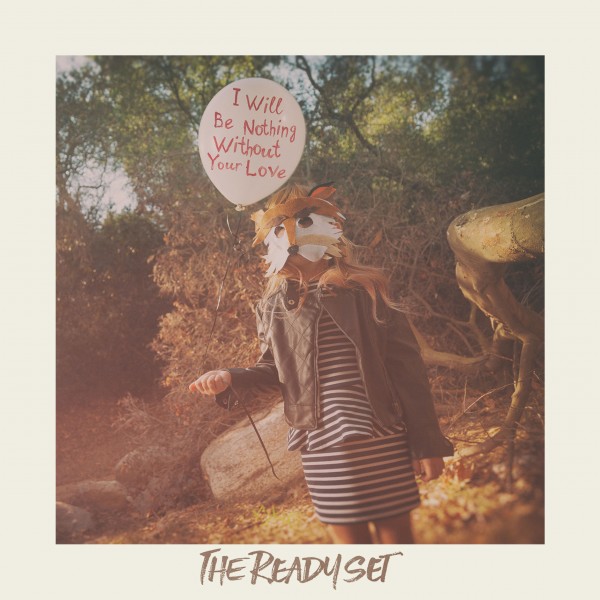 Album review, I Will Be Nothing Without Your Love, Technopop, The Ready Set
Print page
0 Likes