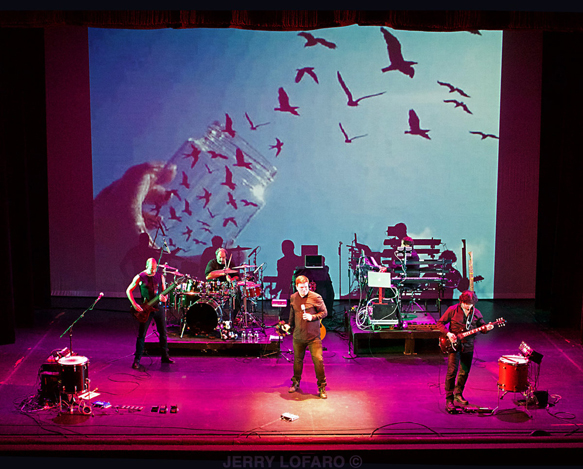 Peter Gabriel is highly regarded as one of the most iconic and prolific artists in the stature of the likes of David Bowie and Frank Zappa, whose respective bodies of musical works have long been considered masterpieces that cross various genres and spanned generations. Regardless what style these artists had indulge in – either swimming in the simplicity of Pop or diving in the complexity of Progressive music – their works remain palpable to a great many fans who simply love quality music and more so respected by their peers. Gabriel, in particular, has released ten solo studio albums, from 1977’s Car to 2011’s New Blood, plus the first six albums of Genesis, of which he was the original lead vocalist; but seldom do other bands or artists cover much of his works, not because they are not worthy of getting revisited but more so because they are so beautifully and meticulously woven that an attempt to replicate them might sound empty or bland, or far less stellar. This is the reason when something like The Security Project comes along and comes up with an album of cover songs of Gabriel, such work is worthy of inspection and inescapable of being compared with the original versions.

Formed in 2012, The Security Project is the only high-profile Peter Gabriel tribute band. It consists of Jerry Marotta (drums, percussion, backing vocals), Trey Gunn (Warr guitar, backing vocals), Brian Cummins (lead vocals), Michael Cozzi (guitars, backing vocals), and David Jameson (keyboards, Eigenharp). These personalities are not just one’s everyday run-of-the-mill musicians; they have come a long way from certain musical pedigrees – Marotta played in Gabriel’s second album (Scratch, 1978) through the fifth (So, 1986) and toured with him for ten years; Gunn was the Warr-guitar player of King Crimson (“Eyes Wide Open”) for the English Progressive Rock band’s last three albums; and Cozzi became a guitarist of the English Post-Punk band Shriekback (“Nemesis”). Their reverence for the old Gabriel materials prompted the quintet to get together and embark on a series of live performances to tackle some of such pieces, which is now being released as a proper album, dubbed as Live 1.

The set opens with a more organic take on “Lay Your Hands on Me,” owing to the fuller and tubular sound of the bass and crunchier attack on the drums and percussive instruments. The same level of seriousness emanates from “I Don’t Remember,” whose downplayed Disco sensibility has made it more in context with the entire album. The ensuing “No Self-Control” hands over the stage to the guitars, which slash and slice sharply, making the song sinister-sounding. By this time, Cummin’s voice starts to soar confidently and distinctly, slowly shedding its tendency to emulate the silkiness of Gabriel’s vocal quality. Next is a slightly slower “The Family and the Fishing Net,” albeit retaining its choppy rhythm and funky guitar strums. “I Have the Touch” lifts the listener off his seat with its Reggae groove. After this bout of danceability, “Intruder,” with its crunchy power chords, shards of guitar melodies, spacey keyboard lines, and tribal chants, relaxes the mood under the hypnotic glare of psychedelic lights.

The placement of “The Rhythm of the Heat” in the middle of the set is very apt, for its dramatic and cinematic Worldbeat makes it also the album’s highlight. The Security Project has captured not only the sonic details of Gabriel’s music but also the revered artist’s quirkiness and flair for theatrics. The drama continues with “San Jacinto” – infectious as always with its undulating Marimba melody. “Games with Frontiers” is where The Security Project paint their personal touches, texturizing the song and making it more structural by extending its intro and by suffixing “Of These, Hope,” which may be found in Passion, which Gabriel composed and released in 1989 for the film The Last Temptation of Christ. “Here Comes the Flood” is another interesting revision; whereas the original is a relatively simple ballad, this version has been elevated to Classical realm, with its elaborate and romantic instrumentation and filmic production. “Back in N.Y.C.” is the album’s surefire stompe, as its classic Progressive Rock character shines through faithfully, apt as a near-end choice. Finally, The Security Project ends the first part of their Gabriel journey with the bagpipe-flavored big sound of the epic protest song “Biko,” which is after all also the closing track of Gabriel’s third album and a favorite among Gabriel’s peers, having been covered by a diversity of equally great artists who included Robert Wyatt, Joan Baez, Simple Minds, and Paul Simon.

Fans of Peter Gabriel and Genesis, especially those who are quite familiar with his early works and his albums with his legendary former band, will not find difficulty in recognizing the hard work and sense of precision that the quintet of Marotta, Gunn, Cummins, Cozzi, and Jameson have put into their interpretation of several of Gabriel’s classic masterpieces. After all, Gabriel’s music has always been quite complex, considering its partiality to Progressive Rock, Avant-garde, and Worldbeat. The album is an interesting way to revisit the sonic majesty of the Gabriel of old.

For the casual listeners and younger fans of Progressive music, on the other hand, Live 1 can serve as an introduction or as an encouragement to backtrack on the early segment of Gabriel’s catalog. Most of the versions of The Security Project are mirror reflections of their original counterparts, an obvious homage to the beauty of Gabriel’s music. However, The Security Project was also able to treat some of the songs with their own tweaking and creative re-imagining, putting on them somehow their own stamps and signatures. This makes Live 1 an experience of both worlds – the faithfully rendered and the creatively re-imagined. And who else could tackle such a complicated kind of music but the quintet of skillful and masterful musicians who themselves have long been associated with Gabriel in the first place. CrypticRock gives The Security Project’s Live 1, 4 out of 5 stars. 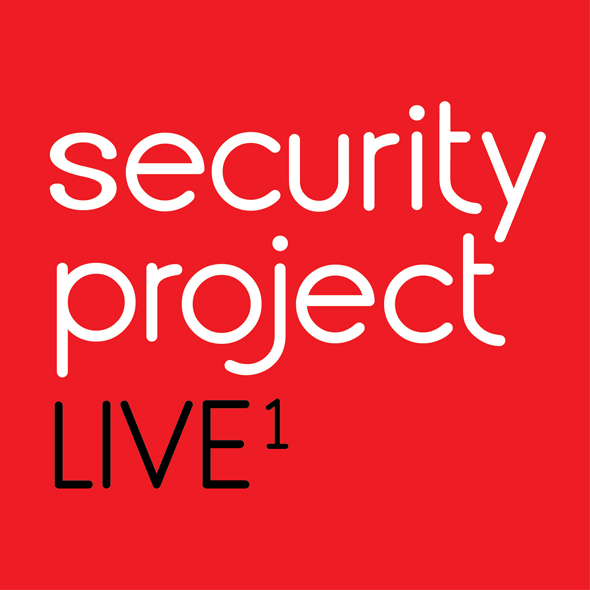