The Shape of Water (Movie Review)

There are two elements on this earth that are considered to be the most powerful in the world – love and water. Both beautiful in their own way, they have a remarkable ability to revitalize us, or completely destroy us. The latest film by Guillermo Del Toro binds both together into an incredible story unlike anything that has been seen before, titled The Shape of Water. 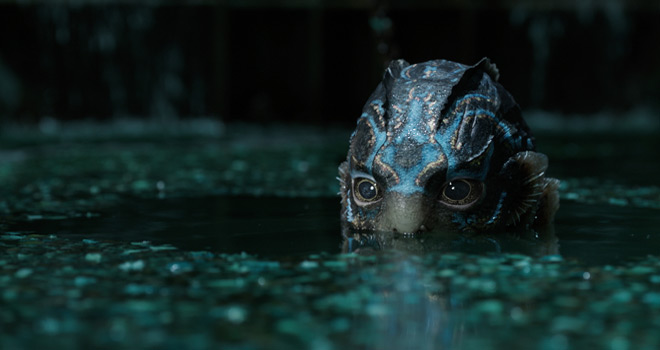 Given a limited theatrical release in December of 2017 through Fox Searchlight Pictures, as of January 31, 2018, The Shape of Water has reportedly grossed just under 40 million dollars in the United States and Canada. A film many have yearned to see, hoping it will be screened at a theater near them, it is a dark fairy tale that truly tests the content at hand, combining 1954’s The Creature From The Black Lagoon with the classic story of Beauty and the Beast. With a dedicated cast and crew, this is one film Del Toro fans will not want to miss.

Composing this story since he was six years old, Guillermo Del Toro introduces a fairy tale for troubled times, set in 1962 Baltimore, MD. Eliza (Sally Hawkins: Star Wars: Episode I – The Phantom Menace 1999, Paddington 2 2017), a mute woman who works as a maid in a government laboratory facility, is immediately intrigued by one of the “test subjects,” a creature who seems half man, half amphibian (Doug Jones: Hocus Pocus 1993, The Strain series). The more time she spends with him, the more in love they become, beginning a beautiful relationship. The brute Strickland (Michael Shannon: Groundhog Day 1993, Batman v Superman: Dawn of Justice 2016) is head of the operation, and suggests the creature to be destroyed and studied. With the help of her friends Zelda (Octavia Spencer: Big Momma’s House, Bad Santa 2 2016) and Giles (Richard Jenkins: Silverado 1985, Kong: Skull Island 2017), Eliza conjures up a plan for the creatures escape before any harm can come to him.

This would not be the first film where a character tries to save a misunderstood being, but it certainly pushed boundaries. Not only do the main characters get involved romantically, but neither have any dialogue throughout the movie, save for sign language. Hawkins and Jones had to rely on other measures to display their characters, not an easy feat, but they made it work. Hawkins, despite portraying someone who was mute, created a character who was quite musical, her facial expressions a key element to execute this. Under a mask, Jones’ task could be considered even more difficult, and used various sounds influenced by wild animals, as well as certain stances and posture. 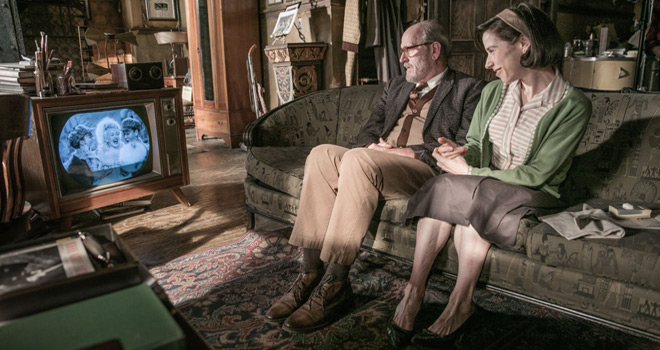 To help mirror Eliza in storytelling were her friends, fellow employee Zelda and neighbor Giles. Spencer and Jenkins were detrimental to the film, as they were not only Eliza’s voice, but they were her whole world prior to meeting the creature. They also helped to shape the times of 1962, a very different world for a black woman and a closeted gay man. On the other end of the spectrum was Michael Shannon, who played the tailored and structured villain, Strickland. He seemed to be the American dream, top paying job with a family and nice car, but at the same time was also a ticking time bomb if any mistakes were made.

If anyone has seen a Del Toro film, they know of the incredible cinematography he always executes. He is a huge fan of certain paintings, and he treats his films to this vision accordingly, moving art that is missed if one blinks too long. This film was no exception, with fluid transitions melted with classical music. There is even a brief dance sequence that seemed to pay homage to the late Fred Astaire and Ginger Rogers, a powerful duo in their time.

Ironically, many scenes were filmed without the use of water, instead using fans and CGI to help capture the appropriate movements of being under water. Opposed to using a green screen, the outside sceneries were simply manipulated to represent buildings as they were in the ’60s.

Doug Jones is no stranger to portraying creatures and monsters alike, especially in Del Toro’s films, the pale man in 2006’s Pan’s Labyrinth and Abe Sapien in the Hellboy films as some examples. The design for his costume took three years to complete, and the end result was stunning. Despite being non human, he had handsome features that gave his character a unique appeal, but equally intimidating. Like a lot of aquatic animals, parts of him would glow when he was excited, which was accomplished using a certain paint, only visible with the right lighting. 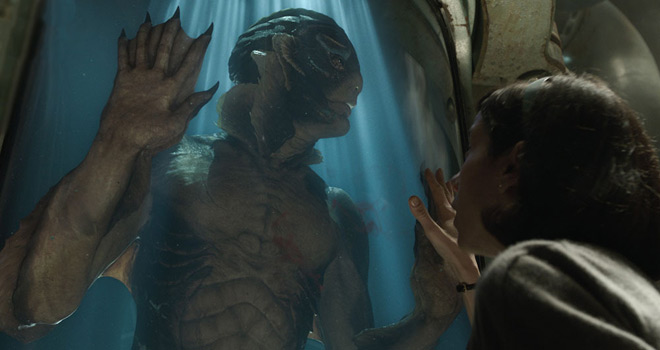 The dream that began when he was just a boy, its a wonder this story has been locked inside the mind of Del Toro for approximately 46 years. When watching The Shape of Water, you can really feel how personal this was to him, and it will certainly be difficult to top. Everything about it was gorgeous, from the beautiful scenery, to the lovable characters, as well as the story itself, no matter how strange. It brings the audience into a world that is familiar, but uniquely new at the same time.

Already up for multiple nominations, the enticing love story deserves every award that comes its way. That is why CrypticRock gives The Shape of Water 5 out of 5 stars. 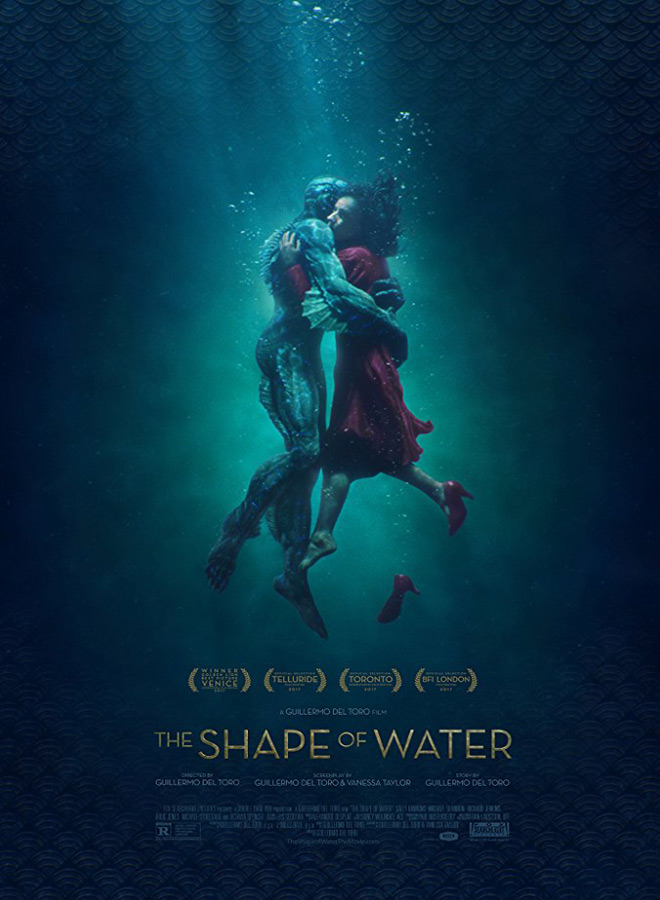