Thirty years on, The Sisters of Mercy’s debut album, First and Last and Always, remains to be an epitome and standard template of the music genre that came to be known as Gothic Rock—sinister-sounding chord progressions and basslines; driving drum beats; sparkling, whipping guitar plucks; minimal rhythm guitar angularity; occasional keyboard melodies; subtle synthesizer washes; and the extremely low, deep, dragging, half-mumbled, partly atonal, doomy vocal styling. In the time of the album’s release, The Sisters of Mercy did not immediately shoot to popularity. The band took two more years before they were able to achieve a fairly commercial status. The release of their second offering, Floodland, which became massive with the strength of the chart-topping singles “This Corrosion” and “Lucretia, My Reflection,” was what cemented their rightful place in the heart of the genre. However, the organically potent quality of The Sisters of Mercy’s music remains rooted in First and Last and Always. After all, this was the only album of The Sisters of Mercy that was the product of the dynamic complementary songwriting collaboration of the band’s primary members: Andrew Eldritch (lead vocals), Gary Marx (guitars), Craig Adams (bass), and Wayne Hussey (guitars/keyboards/vocals) with the drum machine named Doktor Avalanche.

In interviews, Eldritch would usually reject the idea of The Sisters of Mercy’s being described as a pillar of Gothic Rock; he would rather prefer that the band’s music be regarded as a continuity of the legacy of the Classic Rock sound of the 1960s. Regardless, the unifying characteristics of their music have placed them well in the middle of the Gothic Rock spectrum; and that should be something that they should be proud of whether Eldritch acknowledges this or not. After all, Gothic Rock may still be considered an offshoot of Classic Rock, hierarchically speaking. Besides, music classification is basically just a sonic system that, for the most part, serves only to give listeners and would-be listeners a starting point and an idea about a band’s music even before they have listened to it.

Released in March 1985, First and Last and Always took about two grueling years to finish. In retrospect, many insiders and observers have long attributed the difficulty in making the album to Eldritch’s tendency to sit on writing the lyrics for a single song for days, or even months, until it satisfied his standards; and also, significantly, to the constant tug-of-war between Marx, Hussey, and Eldritch—the band’s chief songwriters—concerning whose compositions and inputs got into the songwriting and recording process, considering that each of them had his own distinct creative and musical vision. In fact, some of the songs that Marx and Hussey each tried to contribute to the band ,but got rejected, had eventually appeared in more-developed forms in their respective post-Sisters of Mercy bands, Ghost Dance and The Mission.

First and Last and Always begins with the aptly titled “Black Planet,” which immediately gives away the album’s recurring theme of darkness and gloominess caused by fractured relationships. Eldritch’s extremely low, doomy-sounding voice is emphatic right off the bat, while the song’s groove and tempo openly betrays a sense of frenetic urgency. Following next are two of the most recognizable songs in the album, “Walk Away” and the Joy Division–reminiscent “No Time to Cry,” both of which are doubtless stompers and dancefloor staples. This particular style carried on through the band’s subsequent releases.

“A Rock and a Hard Place” set the beat bar higher and harder, as highlighted by the metronomic pulse of the bass and by the drums that sounded like basketball dribbles. The album’s mid-song and midtempo, “Marian” is a ballad of yearning, perfectly painful for the singer’s tortured soul. Another ballad, “First and Last and Always,” on the other hand, is a bit more subtle and calmer, yet still heartbreaking and engaging; it starts with an interplay of arpeggiated guitar melodies and bouncy basslines and then stabilizes into a steady rhythm and made iconic by the catchy chorus. The slow buildup of “Possession” burst into a mildly funky groove on a backdrop of distinct piano melody and slashing guitar line. The last three songs were all Marx-Eldritch compositions—”Nine while Nine,” “Amphetamine Logic,” and “Some Kind of Stranger”—all of which are certainly guitar-oriented and hauntingly moody; the last song closing the album with an atmosphere that seemed precursory to the overall musical terrain of what came next after two years, Floodland, with Eldritch being the sole remaining member.

Despite all the challenges that the band had undergone in their early beginning, these led to the completion of their pièce de résistance. The music has stood the test of time for, after the passing of three decades, First and Last and Always remains the most organic and most cohesive work released under The Sisters of Mercy banner; and many Gothic-influenced bands that subsequently emerged in their wake continue to regard the album as a work to contend with. 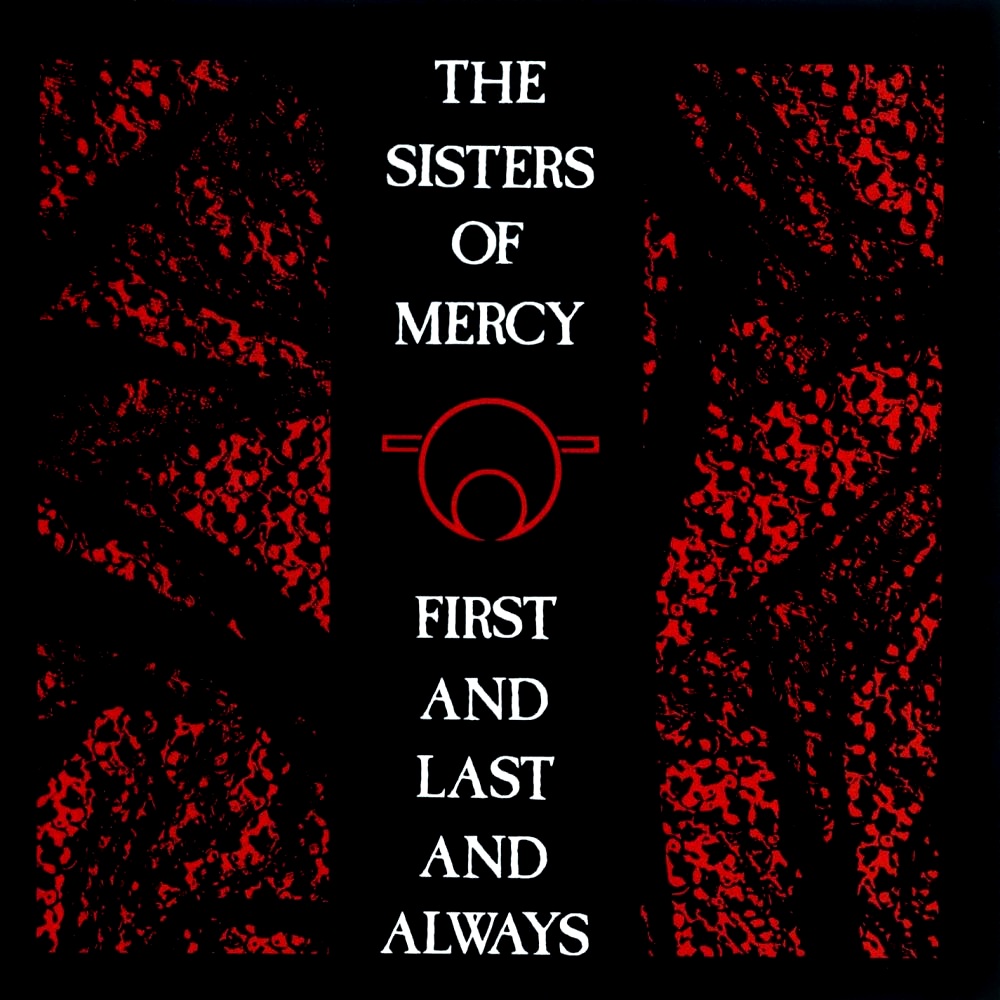 Purchase First and Last and Always on Amazon