New Orleans has a certain sinister charm that lends itself well to Horror, and many filmmakers have been drawn to its mystery. Few, however, allow their plots to stray outside of the city limits, and in many cases focus on the French Quarter alone. Not twenty minutes outside Orleans Parish are areas where the population is sparse and the way of life is decidedly rural. These places feel impossibly remote in spite of their proximity to the city, and stepping out of the car on one’s arrival can feel more like stepping out of a time machine. Once in a while, a writer draws on that otherworldliness, mixing folklore, imagination, and reality to tell a story about the people who inhabit these isolated towns made up of narrow strips of land that peter out into the Gulf. In 2005, The Skeleton Key came out, telling just such a story. 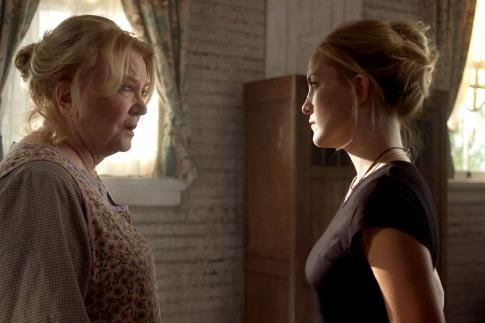 Although it was poorly received by critics, at a time when the Saw franchise was all the rage and people were buzzing about the upcoming release of Eli Roth’s Hostel, many Horror fans were happy with this traditional Supernatural tale. That the cast featured A-list actors like Kate Hudson (Almost Famous 2000, Bride Wars 2009), Gena Rowlands (Night On Earth 1991, The Notebook 2004), and John Hurt (V For Vendetta 2005, Snow Piercer 2013) seemed to demonstrate a certain respect for a genre that is so often snubbed by the mainstream. Also refreshing was its plot, which, like many others, centered on a pretty young woman, but also featured prominently elderly characters at the center of the story. Caroline (Hudson) is a hospice nurse living in New Orleans who, disenchanted with the lack of compassion at her workplace, quits her job. She soon takes on a position as a home health aide in Terrebonne Parish, where she will care for Ben Devereaux (Hurt), a near-catatonic stroke victim. Although his wife, Violet (Rowlands), makes no secret of the fact that she finds Caroline’s New Jersey upbringing distasteful, Caroline takes the job anyway at the urging of the Devereaux’ lawyer, Luke (Peter Sarsgaard: Orphan 2009, The Killing 2013).

Upon meeting Ben, Caroline becomes skeptical of his diagnosis, especially after she notices that he seems to be making urgent attempts to communicate something to her. Meanwhile, strange things are going on, and it seems as if Violet is hiding something. In an effort to advocate for Ben, Caroline decides to get to the bottom of things. Violet has given Caroline a skeleton key that will open all but the attic door, but Caroline eventually finds a way in and discovers that the room is filled with spell-casting paraphernalia. She discusses it with her best friend Jill (Joy Bryant: Spider-Man 2 2004, Parenthood 2010), who explains that this is likely related to Hoodoo, which, she explains, unlike Voodoo, is not concerned with God. (Making such a distinction does show more of an awareness of Voodoo than most films have, but is insensitive to Hoodoo practitioners, who do not necessarily wish to harm others.) 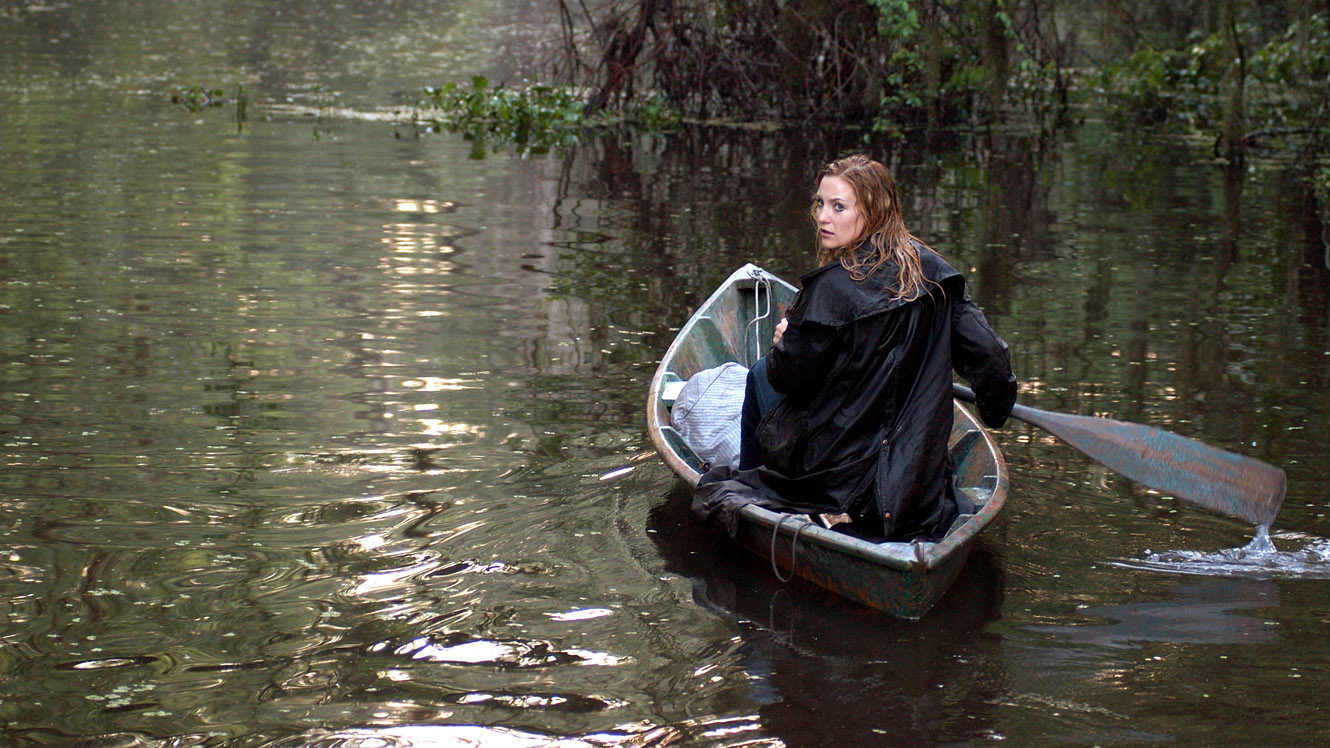 After confronting Violet about what she has found, Caroline learns of the mansion’s history, which involves the lynching of a pair of servants, Mama Cecile and Papa Justify, who practiced Hoodoo and whose spirits, according to Violet, still haunt the house. That Violet provides this explanation fairly early on in the film lets viewers know that there is much more to the story, and Caroline, convinced that Ben believes he has been cursed, attempts to heal him with magic, hoping the placebo effect will result in his recovery. Violet interrupts the ritual, but not before Ben is able to speak a few words: “Help me.”

Astute viewers who are well-versed in Hollywood-style folk magic might figure out the twist long before it is revealed, but credit is due to the writers; it is still pretty clever. The events leading up to this dramatic reveal, however, are formulaic at times, and the film often misrepresents the region in which it takes place. Fish-out-of-water Caroline seeks help from locals, who are characterized as skittish and odd, unlike the warm, down-to-earth hunting and fishing families who typically inhabit such areas. Voodoo and Hoodoo practitioners are portrayed as individuals who practice their faith in secret and whose intentions cannot really be trusted. However, real Louisiana Voodoo and folk magic, although fascinating in their own right, are far more innocuous than The Skeleton Key makes them out to be. Practitioners are quite open about their beliefs, and magic shops abound in the French Quarter, where they are advertised prominently. The magic shop that Caroline visits is on the other side of the Mississippi, and its owner uses a laundromat as a front to keep it concealed.

Inaccuracies notwithstanding, the setting is one of the strengths of the film. The sultry, dream-like haze of the swamp is true-to-life (albeit CGI-generated), and shots of things like marsh houses on stilts and massive live oaks draped in Spanish moss capture the character of the region accurately. The Skeleton Key is quite pretty for a Horror film, and its strong sense of place allows viewers to take a visual field trip to a part of South Louisiana that, at the time of the film’s release, was rarely portrayed on screen. 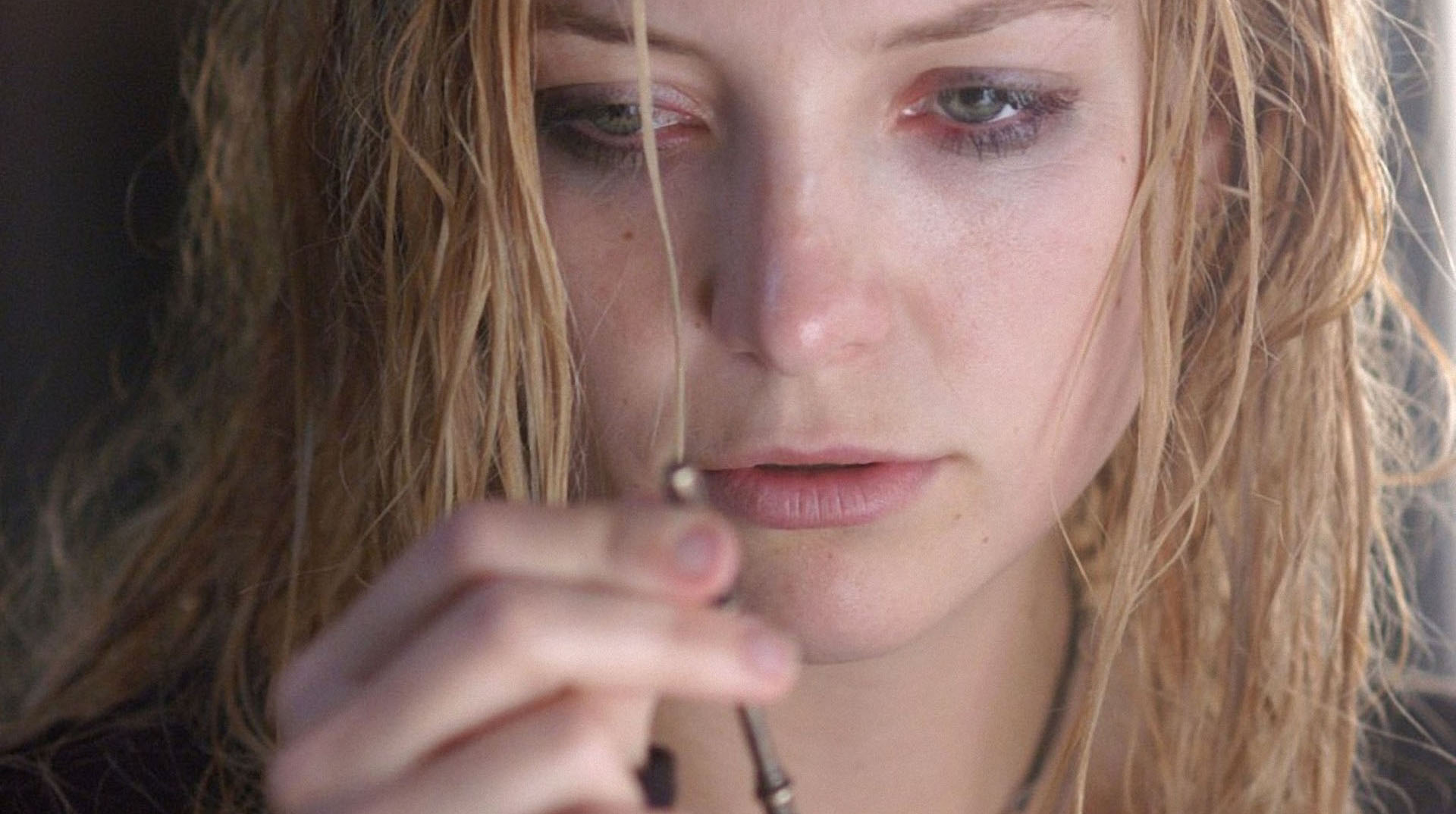 Light on gore and heavy on story, The Skeleton Key is the kind of Horror movie one might watch with the uninitiated friend or family member. It is tame and inoffensive, but extreme gore is unnecessary to the plot and would only seem gratuitous. For fans of the traditional scary movie, The Skeleton Key is a fun little story, and since it is set in a place where time seems to stand still, it does not seem dated or out-of-touch. It is worth checking out once, even if just for the scenery alone. 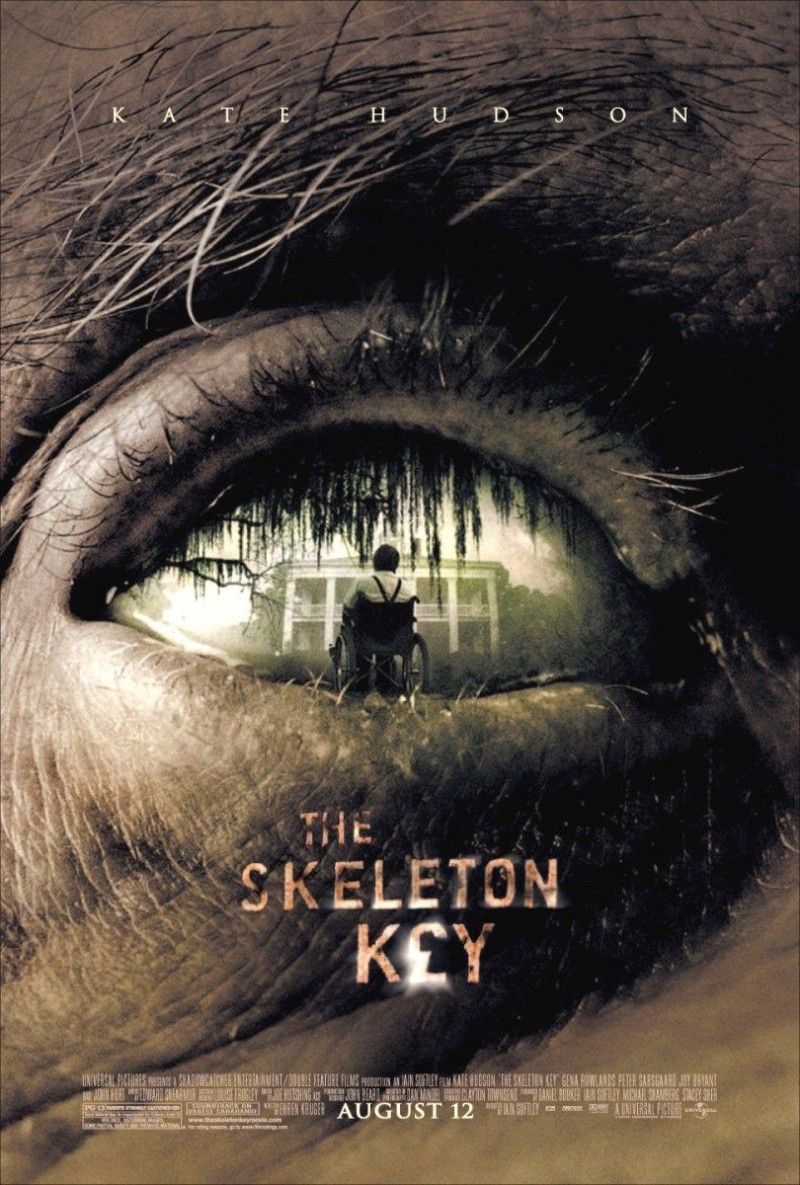 Purchase The Skeleton Key on Blu-ray/DVD on Amazon