Back in the 1980s, Slasher films were the darling or black sheep of the Horror genre, depending on who one asked. Regardless if the Slasher film was loved or hated by movie watchers, its impact can not be denied as a key component of the golden age of Horror cinema. Sadly, as the decade wound down, and as the styles and trends dissipated come the early ’90s, so did the Slasher. Thankfully, there are some avid viewers who still remember the eerie atmosphere of Slashers and look to recreate it some three decades later. One such aspiring film director which set out to recapture the magic of ’80s Horror is Justin Russell. Known for other retro style films such as 2007’s The Gremlin, as well as 2009’s ’70s style Death Stop Holocaust, Russell wrote, directed, and produced a Slasher in 2012 called The Sleeper. Not to be confused with Woody Allen’s Sci-Fi Comedy from 1973, Russell’s film was initially released on January 31, 2012 via his own production/distribution company Gamma Knife Films. 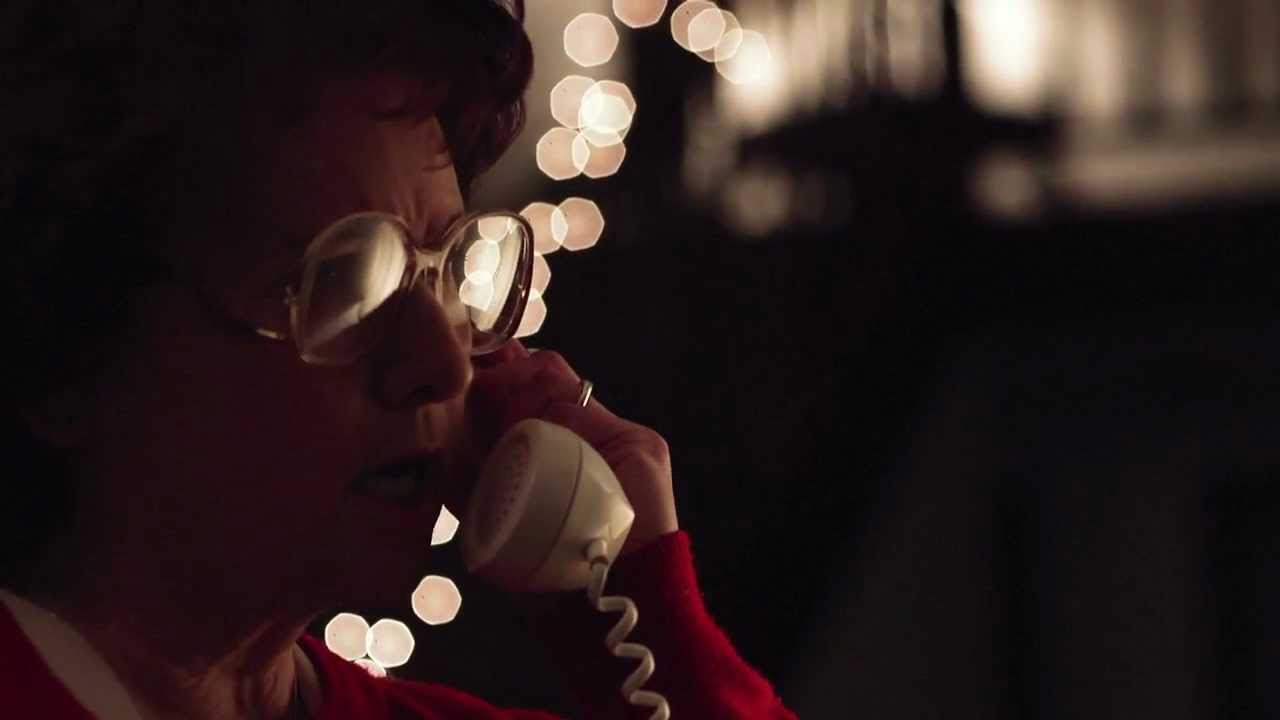 Opening with time stamp 1979, a stranger, AKA The Sleeper (Jason Jay Crabtree: God Don’t Make Laws 2011), breaks into the Alpha Gamma Theta sorority house to murder an unsuspecting college girl in her sleep. From there, the film flashes forward to 1981 where, in the same sorority house, a new group of girls are living; June (Elizabeth Lane),  Laura (Jenna Fournier: Death Stop Holocaust), Stacy (Riana Ballo), Cindy (Jessica Cameron: To Jennifer 2013, All Through the House 2015), and Rebecca (Tiffany Arnold: Over Coffee 2007, Inconsolable 2013). The sisters are looking for new recruits to pledge, and one day, in passing, see an innocent, underclassmen named Amy (Brittany Belland: Spare Change 2015, The Many Monsters of Sadness 2012) and ask her to join. Amy, elated about the possibly of getting out of a dank dormitory, goes back to her non-conformist roommate, Ava (Ali Ferda: Strangers on Parade 2009, The Sickness 2014), and convinces her to come to the pledge party that night. 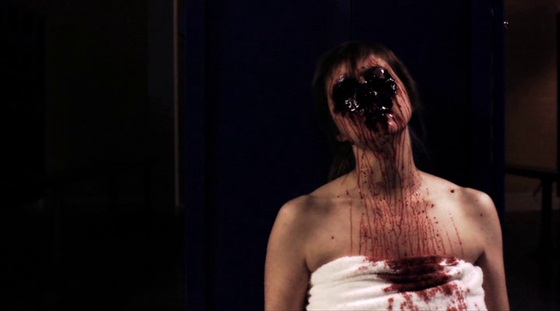 From this point, Sorority Mother Miss June (Beverly Kristy: Death Stop Holocaust, Dying 2 Meet U 2012) lays down the ground rules for her Alpha Gamma Theta girls, and that of course, is no boys allow. Naturally, boys do come uninvited in the form of raging hormoned Bobby (Paul Moon: Tainted Dreams 2014, Her Composition 2015) and Derek (Eric Sarich: God Don’t Make the Laws). The party goes seemingly well, and even a skeptical Ava enjoys herself.  With Cindy and Paul escaping up to her room for some private time, the murderous mutilation beings shortly after. With college students disappearing left and right, Detective Drake (E. Ray Goodwin: Hostile Denial 2011, Alex Cross 2012) is called on to help resolve the mystery and hopefully capture The Sleeper.

At ninety minutes, The Sleeper has a steady pace which does not lull the viewer to sleep or bore them. Shot in thirteen days in the dead of Winter, February 2011, in Springfield, Ohio, Russell and his crew do a fantastic job of working against the clock, as well as budget. What works tremendously well with The Sleeper is, unlike other modern Horror films set in the ’80s, this actually really does feel like it was shot in that time period. From the imperfect, grainy, dark filming, to the way scenes are shot, Russell clearly studied ’80s Slashers to the T to get this right. Of course, a signature aspect of the genre was the electronic, ambient music, and Gremlin do a flawless job of creating a soundscape that transports the viewer back in time. Even down to the wardrobe, special effects, and acting, The Sleeper is as authentic as an ’80s Slasher film gets without actually being made sometime in the decade. 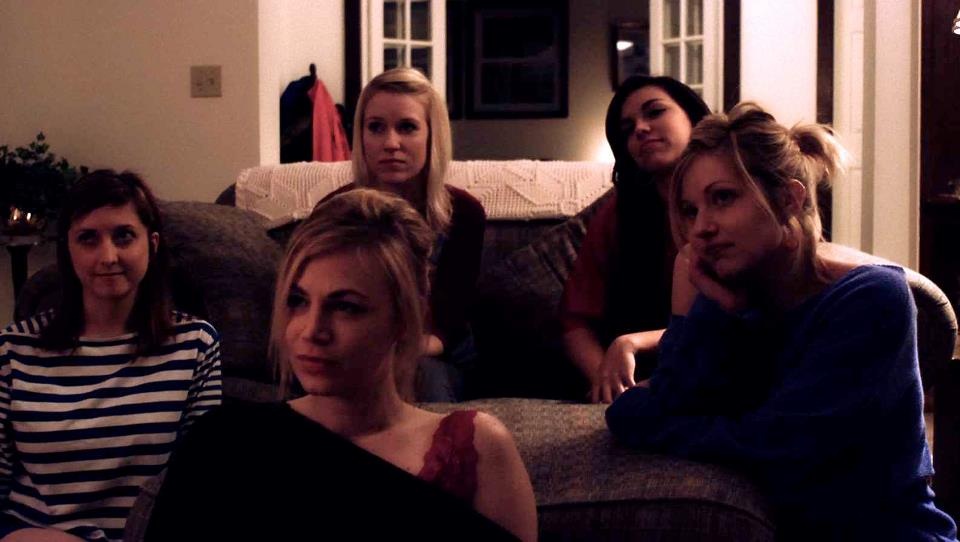 While some viewers may find the film cheesy, boring, or straight up pointless, they are clearly missing the objective of The Sleeper. Yes, there is no resolve to why the killer is going on a rampage, but like many Slashers of the ’80s, that is usually the case. This is a film that diehard Slasher fans will adore, along with possibly even marvel at how accurately Russell and his crew executed  it. Without exaggeration, one can turn on The Sleeper without knowing what year it was made and think it really was created in 1981, that is how well it is done.  Think Slasher favorites such as Black Christmas (1974), Manic (1980), or Just Before Dawn (1981), and The Sleeper fits right in, snuggled in between them. Unfortunately, Russell has not written or directed another film like The Sleeper since, but hopefully he will surface again soon with something new. In the meantime, those who missed The Sleeper and appreciate the classic Slasher genre, do not hesitate and see it as soon as possible. CrypticRock gives this film 5 out of 5 stars. 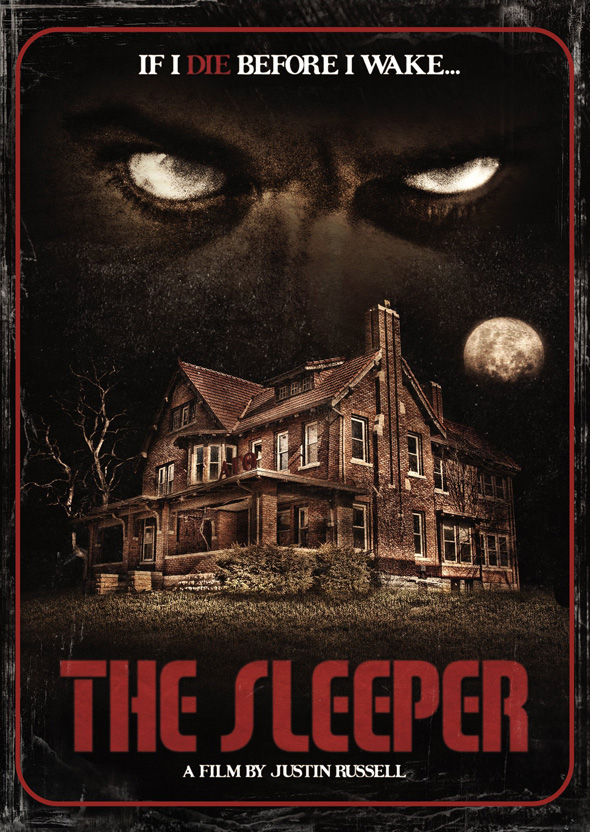 Purchase The Sleeper on DVD on Amazon