Carrying on with one of the show’s strengths from season one, the sophomore season of FX’s Vampire series, The Strain, begins with a flashback, premiering July 12th in the episode entitled BK, NY. This glimpse is into Abraham Setrakian’s (David Bradley: Harry Potter series, Captain America: The First Avenger 2011) childhood, well before his internment in the Nazi death-camp where he first met Eichorst (Richard Sammel: Casino Royale 2006, Inglourious Basterds 2009) and the horrific, Master. 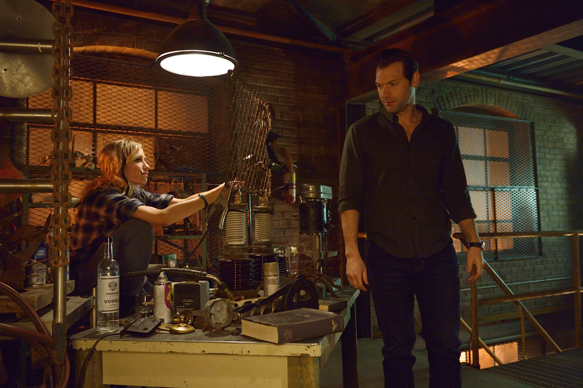 As a child, young Abraham asks his grandmother to retell him the story of Sardu. Although told as local folklore, it is the origin story of the present-day Master, and the silver cane that is the older Setrakian’s signature weapon. We learn the Master– that Setrakian will grow up to hunt–is a reincarnation of sorts. He has the ability to swap bodies when it becomes too old, or damaged, to support him. An idea that has major implications later in the season. This opening segment’s climactic scene reminds us, in a beautifully gory fashion, why we love this show.

Jumping back to present time, we are reminded of why we can also be confounded by it. Continuing the story from where it left off last season, Setrakian does not pick up the Master’s trail until the next day. Why he and his crew did not chase the wounded monster right away is never answered. Setrakian meets the mysterious Vaun (Stephen McHattie: 300 2006, Watchmen 2009) and his force of undead hunters who share the desire to stop the Master. They may remind some of the Wesley Snipes character, Blade, in their costumes and mission. Unlike Blade’s search for redemption by killing his fellow Vampires, these creatures are sent by the Ancients, a group of ancient Vampires, that seek to stop the Master from spreading the disease that turns humans into ‘strigoi,’–the horde of bloodsuckers that are threatening mankind–thus calling attention to their existence. In their lair, he is reunited with Gus Elizalde (Miguel Gomez: Bless Me, Ultima 2013, Southpaw 2015) and they form an alliance to find and destroy the Master. Here, we learn of the existence of the, Occido Lumen, an ancient text that tells how to kill their kind. This is the first of many scenes that set the stage for the story arcs that make up the bulk of the season. 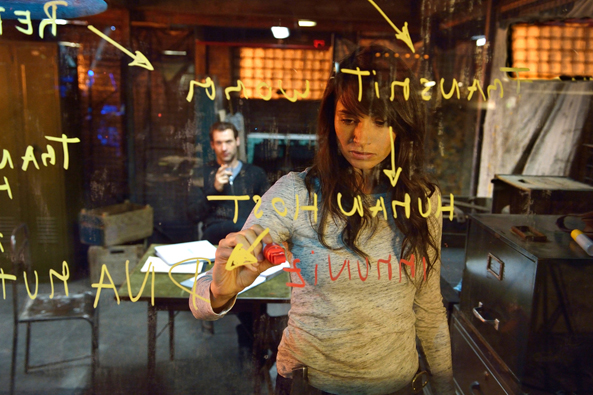 Ephraim Goodweather (Corey Stoll: The Bourne Legacy 2012, Ant-Man 2015) and Nora Martinez (Mia Maestro: Poseidon 2006, The Twilight Saga: Breaking Dawn – Part 2 2012) decide to use their talents in the creation of a biological solution to the spread of the vampire epidemic, they even find a couple of reluctant guinea pigs to aid in their research. Vasiliy Fet (Kevin Durand: X-Men Origins: Wolverine 2009, Reel Steel 2011) and Dutch Velders (Ruta Gedmintas: Prowl 2010, Help Point 2014) take the more direct, and action intensive, approach to securing Red Hook, Brooklyn from the spread of the infected. They fortify Fet’s home and begin clearing the surrounding area, one building at a time. Eldritch Palmer (Jonathan Hyde: Jumanji 1995, The Mummy 1999) meets real estate agent Coco Marchand (Lizzie Brocheré: One to Another 2006, American Horror Story 2011) while looking for a warehouse for an, as yet, unknown reason. Both Marchand and the acquired real estate will play a larger part in the upcoming episodes.

Goodweather’s drinking begins to take its toll on his relationships with Martinez and his son, Zach (played this season by Max Charles: The Amazing Spider-Man series, Mr. Peabody & Sherman 2014). Zach’s mother Kelly (Natalie Brown: How to Lose a Guy in 10 Days 2003, Dawn of the Dead 2004) is chosen by the Master to aid in the hunt for Setrakian’s resistance. She is given self-awareness, and thanks to a school for blind children, financed by Palmer’s Stoneheart Corporation, an army of the creepiest child-monsters I have ever seen. As we have come to expect from the first season of The Strain, the acting is exemplary, the story unique and engaging, and the makeup combined with special effects are some of the best on television. It is impossible for the average viewer to detect what is a practical effect versus one done with CGI.

Sure, BK, NY has its share of logical errors and plot points that defy reason, like why has not the Army been called in despite the financial sway of Stoneheart? Although, there is more here to appreciate than to mock. It is well worth setting the DVR in order to go back and admire the work of the special effects crew who put this show together. All in all, a great way to open season 2 of The Strain with more excitement to come. CrypticRock gives The Strain’s BK, NY 4.5 out of 5 stars. 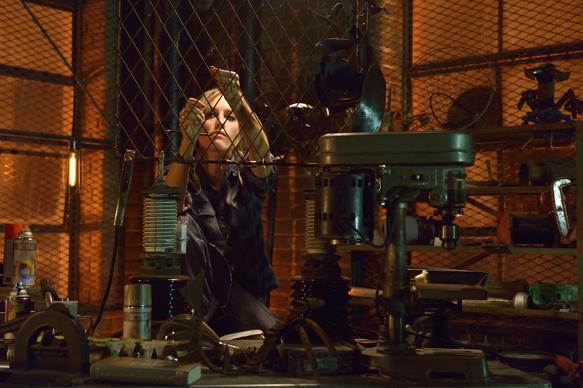 For more on The Strain visit FX