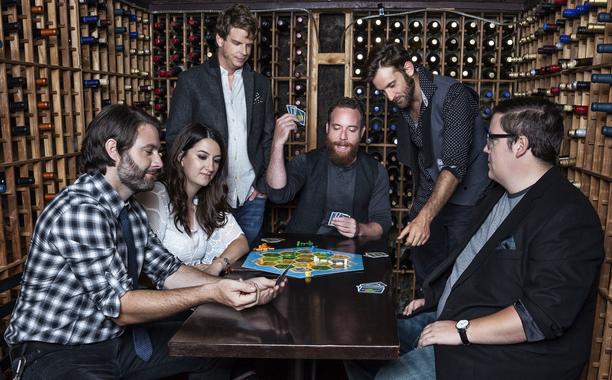 Cue. Click. Play…”I got guns in my head, and they won’t go / Spirits in my head, and they won’t go….” Melodically infectious and lyrically schizophrenic, that is how Hope, The Strumbellas’ third studio album, begins. After all, the catchy album opener, entitled “Spirits,” has been enjoying regular airplay on many radio stations since its release last year as a single; so surely, its melody has long ago lodged in the heads of those who have heard this song even before the release of its parent album.

Released on April 22, 2016, Hope then continues with The Strumbellas’ brand of Pastoral Folk/Pop as “Shovels & Dirt” plays, whose slower tempo is soothing, yet whose sing-along chorus and choral backup are equally catchy. The reflective mood flows into the initially unassuming “We Don’t Know,” featuring the same combo of brooding lead vocals and unison chorus, backed up by a buildup of instruments that starts with subtle acoustic guitar strums and chordal piano hams, punctuated by a somber solo string section, and then bursts into a full-blown arena-ready anthem.

The midtempo “Wars” lifts the album up a notch, infusing a sense of danceability with the effective use of a staccato-style bassline. The tempo then accelerates a bit with the Country-flavored “Dog,” whose 2/4 time signature will inevitably make the head of the listener bob and feet tap. The Strumbellas then unleash their old spirits and poignant sides in the dirge-introed “The Hired Band” as they switch to something like a throwback to ’70s-era pub-jukebox Country Rock balladry, in the veins of the likes of The Eagles (“Desperado”), Creedence Clearwater Revival (“Someday Never Comes”), The Band (“Let the Night Fall”), and Crosby Stills Nash & Young (“Teach Your Children”).

Certainly the highlight of the album in terms of poppiness and danceability, the sunny and fast-track “Young & Wild,” which features a livelier and angular electric-guitar rhythm, sounds like it was catapulted from The Strumbellas’ more-electrified previous album. Its guitar adlib may also remind the initiated of the equally memorable “All These Things That I’ve Done” by the American Alternative Rock band The Killers. The band then reverts to its folky side with the serene acoustic plucks that accompany the breezy vocals of the violin-layered “The Night Will Save Us.” And then there is the similarly slow “I Still Make Her Cry,” whose vocal drawl may recall Dave Pirner and his band Soul Asylum (“Homesick”) when he is being lyrically despondent and musically minimalistic. The penultimate track, “David,” stands out with its Waltz rhythm. Finally, Hope closes with the quiet, somber sentiment of “Wild Sun.”

In the very engaging Alternative Country/Pastoral Pop prairie currently populated by bands like Mumford & Sons (“I Will Wait”), Fleet Foxes (“White Winter Hymnal”), Walk Off the Earth (“Red Hands”), Bastille (“Pompeii”), Imagine Dragons (“Radioactive”), Edward Sharpe & the Magnetic Zeros (“Home”), Of Monsters and Men (“Little Talks”), and The Lumineers (“Ho Hey”), The Strumbellas is a worthy addition, and a significant contender for longevity at that. The strength, confidence, and fully developed sound of their latest offering is an attestation of this anticipated enduring career for this group of fine Canadian musicians. CrypticRock gives Hope 4 out of 5 stars. 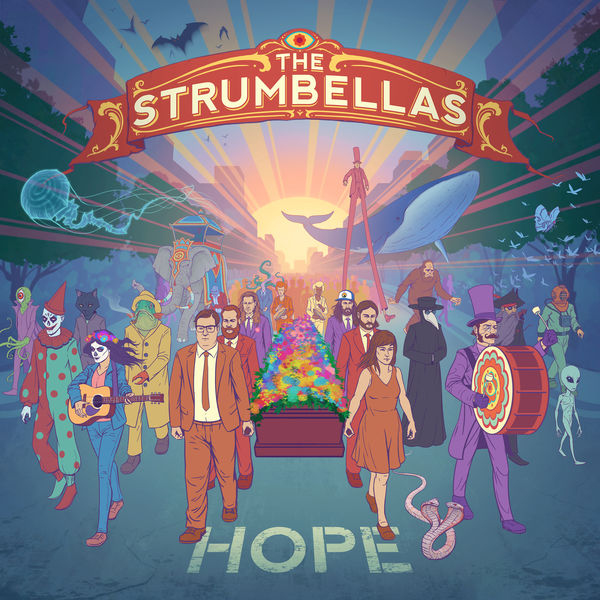