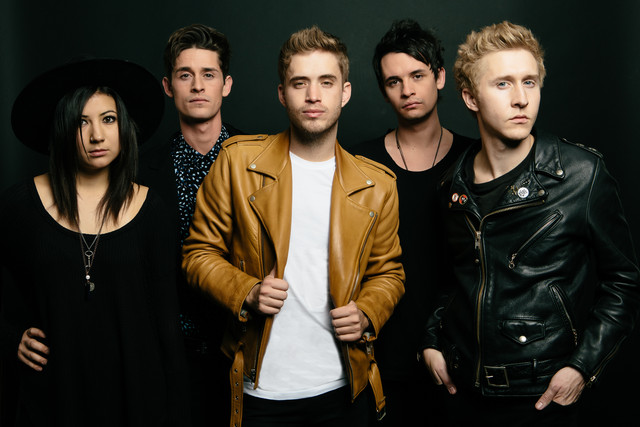 Out of Scottsdale, Arizona, The Summer Set has been on quite a ride since their formation back in 2007. In fact, Frontman Brian Dales revealed to Alternative Press in early 2016 that the band nearly disbanded the previous fall. Shocking to fans, but true, the band who had built quite a following on the Vans Warped Tour circuit, along with years of touring and releasing passionate music, was almost no more. Thankfully, the decision was collectively made by Dales, Jess Bowen (drums), John Gomez (guitar), Josh Montgomery (guitar), and Stephen Gomez (bass) to re-ignite their creative inspiration to push forward. Now the reward for the band and their followers comes in the form of their fourth studio album, Stories For Monday. Initially announcing the record’s plans in January, it hit shelves as of April 1st, marking their second release on the Fearless Records label and their first since 2013’s Legendary. Certainly a labor of love, determination, and hope, Stories For Monday debuted on iTunes’ top-selling new albums list  at #6, making it perhaps one of their most anticipated offerings to date.

Opening with their hit single “Figure Me Out,” The Summer Set immediately bring brutal honesty and sass, along with lyrics that fans will quote forever. Bold to open the album in such a fashion, next comes the new piano centered melody of “The Night is Young.” It is here the band finds their real voice, creating catchy beats and Pop Punk morals. In addition, the words convey a message about living in the moment and not giving up, instead of living in the past. Then, on “Missin’ You,” the title alone would make anyone assume it was a sappy love song about missing a significant other. However, The Summer Set totally plays with the audience’s head and twists the story around. That is because the track is in fact about not missing the other person, but how great life is without them. Matched with tight bass, catchy lyrics, and great vocals, what is not to love about a song like that?

Slowing things down a bit is “Jean Jacket.” While a bit repetitive, it could be one of the best laid -back songs ever recorded. Adding to intrigue, midway through, the band add a little Jazz feel that comes unexpectedly with a saxophone melody performed by Less Than Jake’s Pete “JR” Wasilewski. Next comes “All My Friends,” which kicks off with a Nirvana reference before an instant dance vibe. Dales’ bold vocals, the groovy guitar riff, solid drum beats, and an occasional hand clap make the track a worthy listen. Going in a more Pop direction, “Change Your Mind” is filled with bright instrumentation that includes an occasional electronic beat and memorable guitar riff towards the song’s closing. Creating another contrast between the lyrics and title of the track, “All Downhill From Here” highlights Dales’ higher vocal ranges than what he seems to be comfortable with, but he hits it quite beautifully regardless.

Coming back with another groovy sound, “All In” will make listeners feel like having a good time and dancing their heart out. With words that are inspirational, the track talks no matter where life takes one, to put their all into it. A positive mindset to have, especially in music, perhaps it stood as an anthem for the band when they faced hard times.  Thereafter comes the difficult to describe “Wonder Years,” which starts off in a robotic tone along with echoed vocals. Heading towards the chorus, the vocals and music crescendo just slightly, making for a compelling listen. As Stories For Monday winds down, “When the Party Ends (Can’t Hardly Wait)” comes with a slow pace that would be fitting for a nice walk in the park. Concluding the album, “Wasted” is a song that showcases, in detail, the band’s style that makes them who they are. With a good time vibe, catchy beat, and lyrics, more powerful vocals, and a dance-along sound, it is the perfect way to wrap a strong record up.

All in all, Stories For Monday is a fantastic album. Staying true to themselves, The Summer Set never fail to show they love having a good time, and they do not care what other people think of them. Perhaps something has to almost end for it to truly begin and Stories For Monday is by far the best album the band has written to date. CrypticRock gives this album a 4 out of 5 stars. 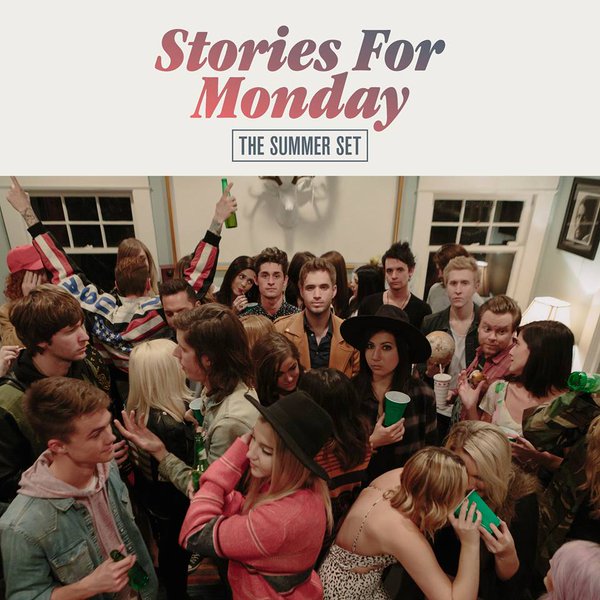 Alice Cooper – Detroit Stories (Album Review) Skullcrusher – Storm in Summer (EP Review)
Like the in-depth, diverse coverage of Cryptic Rock? Help us in support to keep the magazine going strong for years to come with a small donation.