One of the best series of television history The Twilight Zone had so many unforgettable episodes.  Now in honor of the 55th anniversary of this timeless show Image Entertainment are releasing The Twilight Zone: Essential Episodes (55th Anniversary Collection) on DVD July 1st.

This very special collection features some of the most memorable episodes from Rod Serling’s legendary series exploring the fantastic and the frightening. Unforgettable episodes include “Time Enough at Last,” “The Monsters Are Due on Maple Street,” “To Serve Man,” “Nightmare at 20,000 Feet” and more! Prepare to travel to another dimension of sight and sound once again with these essential episodes:

• Walking Distance
• Time Enough at Last
• The Hitch-Hiker
• The Monsters are Due on Maple Street
• A Stop at Willoughby
• The After Hours
• The Howling Man
• The Eye of the Beholder
• Nick of Time
• The Invaders
• The Obsolete Man
• It’s a Good Life
• The Midnight Sun
• To Serve Man
• Nightmare at 20,000 Feet
• Living Doll
• The Masks 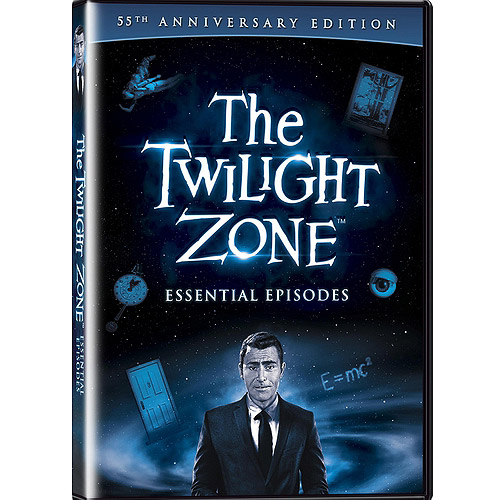