The Used – Live and Acoustic At The Palace (Album Review) 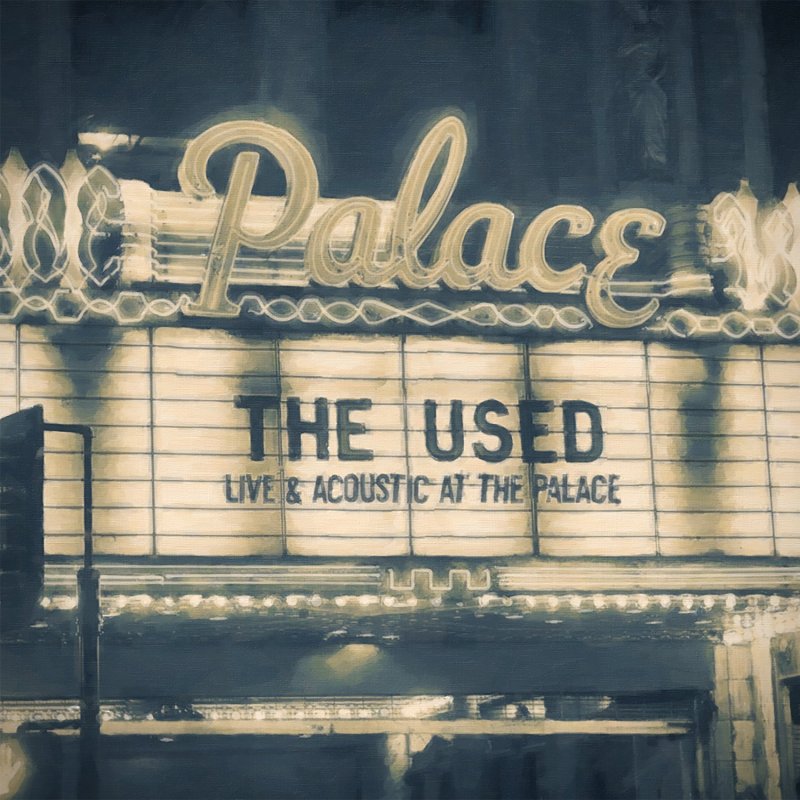 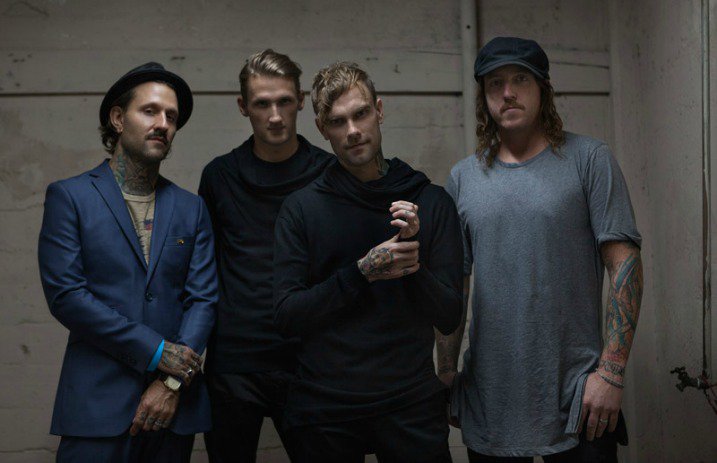 Out of the state of Utah, a place well-known for its central religious beat, comes a band with a raw sound that is not afraid to wear their heart on their sleeve, that band is The Used. Formed back in 2001, The Used have been labeled or perhaps tagged everything from Emo, to Screamo, to Post-Hardcore, to Heavy Metal, but in actuality, Rock is all the band has ever been. Whatever it maybe, from their self-titled debut album in 2002, their style has always carried a noteworthy mark with their listeners, and their distinct unpolished approach is full of emotional power. Releasing a total of six studio albums, including most recently, 2014’s Imaginary Enemy, touring around the world, and selling over three million albums, The Used are, without question, a force of nature.

Now all these years later, throughout all the trials, the substance abuse, homelessness, panhandling, the loss of a girlfriend, and more, it has been these tribulations and tests that have brought together an accomplished sunrise to sunset album that breathes fifteen years of music within the band’s latest CD/DVD Live and Acoustic at The Palace album. Released April 1st via Hopeless Records, the unique twelve track live album is a complete symphony that incorporates strings arranged by Hiro Goto, a piano player, and gospel singers in a stripped down acoustic format with The Used’s songs. Recorded visually and sonically on October 11th of 2015 at the Palace in downtown Los Angeles, CA, this storyteller-like album is quite a special release for The Used and their fans.

Accompanying the extensive ensemble on stage at The Palace, long-time The Used members Brett McCracken (vocals), Jeph Howard (bass), Dan Whitesides (drums), and most recent addition, Justin Shekoski (guitar), joined on stage as McCracken makes mention, almost sounding apologetic, of how unusual it is to have fans attend a show where they are sitting in their seats. Although, evidently, as the audience roared in appreciation, sitting or standing, it did not matter in the end. Furthermore, Live and Acoustic at the Palace could be considered the band’s most connective work as it brings fifteen years of The Used music into one special album.

The album chimes in a heartfelt melody of the last fifteen years of who The Used really are. McCracken speaks to his audience in between each song  about more than just his life, but the lives of each band member, plus those who they came into contact with along the way. Opening with “Tunnel,” the song sets the mood as McCracken seems to senses what his existence has been all about. Before the next track, “The Taste of Ink,” McCracken introduces the band, but not before saying what this all means to him and admits he may even shed a tear. Soon going in to play the long-time favorite of their fans, McCracken unleashes his voice as, even in an acoustic setting, the crowd joined in, singing along. As the cheers dissipate slightly, he lays his heart on the line once more, inviting the audience to please feel free to let go like a child. Sincere and human, McCracken admits to issues from his past, but states how music has essentially been his saving grace as he introduces “Yesterday’s Feelings.” Complemented by the string section, it is a mesmerizing composition that completely enthralls the room.

Keeping the set moving along nicely, before performing “Lunacy Fringe,” McCracken reveals more of himself ,stating that if you know him- then you know how he feels about money. While these little statements here and there may be lost on some or in a full electric set, they really set in on a deeper level in this quaint acoustic setting, and that gives the listeners a broader understanding of the band’s personality, as well as thoughts behind the lyrics. Dedicating “The Bird and The Worm” to freedom, thereafter, the body mover “Paralyzed” is captured by violin strings that no one would be able to help but feel the impulse to get up and dance. These moments were fun and exciting, but the most interesting times during the performance are as mentioned, McCracken’s stories. Articulate and calm, he explains the meaning behind many songs, including the track “All That I’ve Got,” about his dog named David Bowie who he took with him everywhere. Reflecting on loss and how it can affect someone, McCracken’s analysis resonates loudly as they flow into another moving take on an older song not heard live in quite a while, if ever.

Continuing to speak with everyone on a personal level, McCracken shares his heartfelt love for his daughter, Cleo, as he states, “I will always, always be there for you,” before going into a highly textured version of “Overdose,” where somehow the lyrics became more striking than ever before, proving the power of love. With so many wonderful songs full of feeling, 2002’s “Blue and Yellow” and 2004’s “Hard to Say” come before McCracken shares his feelings about John Lennon and the late musician’s influences on his music and life before the band goes into an exceptional rendition of the track “Imagine.” Dressed with the signature piano, McCracken’s voice shines through as The Used do the song’s message justice. This leads to the final moments of the night where McCracken thanks everyone and the simple acoustic chords chime in “On My Own,” a fitting way to end the evening.

Live and Acoustic at the Palace is an album carrying its acoustic strengths, all while entwining itself in strings, and Gospel singing. These are the memories and the world The Used has lived, written, and sung about from their own perceptive moments for these past fifteen years. The subtleties of reflection, the simplicity of acoustic, the level of emotion is what makes these cognitive musical recalls even more precious in a very focused and poignantly created album. The world is a different place now, and the outlooks may have changed, yet each song on this album can come forward and be as much a part of today as it was originally.

Upon listening to the record, or watching the DVD, it will sting the eyes and ears as the spoken words are passionately conveyed by McCracken. In addition, the songs themselves seem to be carefully selected to fit this unexpected puzzle. A purposefully reflective album, Live and Acoustic at the Palace is the best heart-pour of letting it all bleed with a shot of pure soul-powered music created over The Used’s years. CrypticRock gives Live and Acoustic at the Palace 5 out of 5 stars.

Purchase Live and Acoustic at The Palace: iTunes | merchnow.com