Many a Horror fan will scoff at the idea of actually being frightened by a Horror movie. Those most devoted to the genre watch film after film, seeking the increasingly rare gems that might inspire them to sleep with the lights on, only to be left wondering whether Horror has lost its bite or they have simply become too desensitized to it. There is one subgenre, however, that seems to have more potential to engender fear than anything else: Demonic Possession films. Even the most jaded Horror buffs will often admit to the fact that some of these films, most notably William Friedkin’s 1973 film The Exorcist, based on the novel by William Peter Blatty, scared them out of their wits. Perhaps it has something to do with religion. Maybe the effect is more psychological, and these films play on a deep-seated fear of the possibility of those we love the most changing to such an extent that they become unrecognizable. Perhaps the “Demons” function on a metaphorical level, representing any number of unpleasant matters from addiction, to illness, to traumatic memories. In any case, Demonic Possession films, when done right, have the ability to make a grown adult wonder, when woken in the dead of night, if there is an unnatural chill in the air or if her bed is shaking just the tiniest bit. 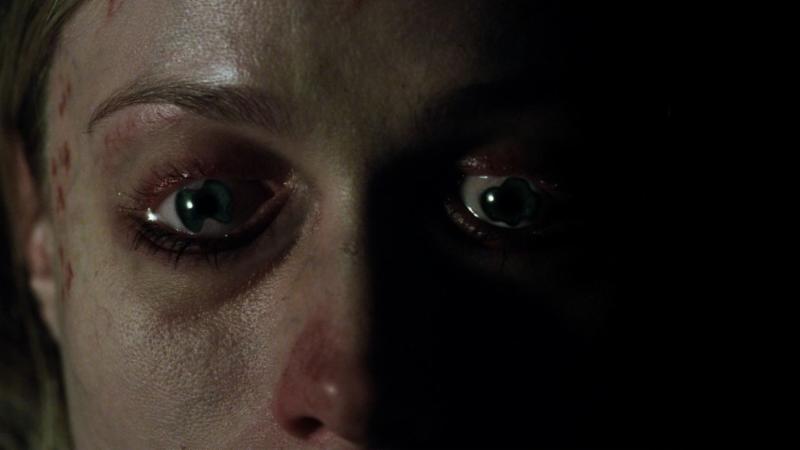 Recently, there has been a resurgence of interest in Demonic Possession, and upcoming release The Vatican Tapes (Lionsgate), written by Christopher Borrelli (Whisper 2007) and Chris Morgan (best known for his work on the Fast & Furious franchise) and directed by Mark Neveldine (Ghost Rider: Spirit of Vengeance 2011, Crank 2006) takes advantage of this. Pope Francis, lauded for his progressive views, has made it quite clear that the Catholic Church considers demons and demonic possession to be very real threats, and His Holiness can even be seen allegedly performing an exorcism on YouTube. By opening with a montage of news clips (including footage of Pope John Paul II and Pope Francis), supposed videos of real exorcisms, and recent headlines, The Vatican Tapes attempts to frame possession as a real possibility by reminding the viewer that one of the world’s major religions and its followers, while not Biblical literalists by any means, do in fact believe in demons. The Vatican priests introduced at the beginning, Cardinal Mattias Bruun (Peter Andersson: The Girl With the Dragon Tattoo 2009) and Vicar Imami (Djimon Hounsou: Guardians of the Galaxy 2014),seem down-to-earth and intelligent, approaching their task with a scholarly interest as well as a spiritual one. The two meet in St. Peter’s Basilica and quietly lament the state of the world before heading to their laptops to watch purported video evidence of a possession. These laptops serve to remind viewers that the Church, contrary to what many believe, is not necessarily in the Dark Ages. With credibility thus established, however tenuously, the ensuing events should seem more plausible, but because the possession so closely resembles that seen in other films, it becomes difficult to suspend disbelief.

Angela (Olivia Taylor Dudley: Chernobyl Diaries 2012, Chillerama 2011) is a pretty young woman who is celebrating her birthday with her father, Roger Holmes (Dougray Scott: Hemlock Grove 2013-2015, Taken 3 2014) and her boyfriend, Pete (John Patrick Amedori: Hindsight 2015, Scott Pilgrim vs. the World 2010). After establishing tension between the two men in Angela’s life, the film quickly discards that subplot to focus on Angela’s sudden bizarre behavior and the unnatural events that surround her. The scares are typical of the genre: Angela’s body contorts into impossible positions, she mutters in ancient tongues, blackbirds smack into windows, distorted faces flicker on the screen. When Angela is brought to the hospital after an accident the demon manipulated her into causing, her condition takes a surprising turn, and terrible things begin to happen to those around her. Much of this is shown on hospital surveillance videos, which function as evidence for the Vatican, while also providing ample Found-Footage moments for fans of the genre. The hospital chaplain, Father Lozano (Michael Pena: Gracepoint 2014, American Hustle 2013), decides to take matters into his own hands, and the hospital staff, especially Angela’s psychiatrist, Dr. Richards (Kathleen Robertson: Bates Motel 2014), are more than happy to release Angela into his care. Cardinal Bruun, one of the aforementioned Vatican priests, travels to The States to perform the exorcism, leaving the titular Vatican Tapes in Vicar Imami’s care. 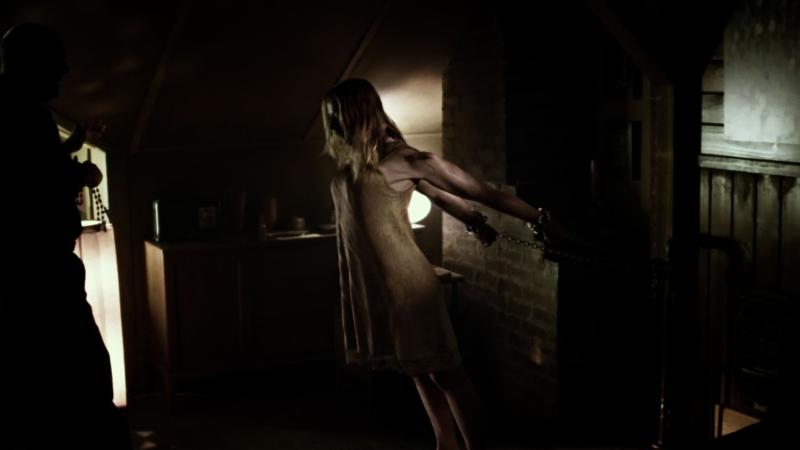 Toward the end of the film, viewers are indeed treated to an original take on the possession genre, one that is based on Christian beliefs, and there is also some genuinely creepy imagery. However, at only ninety-one minutes, the film fails to provide an adequate exploration of the religious beliefs surrounding the plot, and viewers might find themselves longing for a character like The Exorcist’s Damien Karras (Jason Miller) to wax philosophical and let us in on the secrets of his faith. To this day, the Vatican offers its clergy courses and training in exorcism, but The Vatican Tapes does not seize on the opportunity to examine why that is. It also fails to address the fact that some modern priests, like Karras, might feel conflicted about simply accepting that someone is possessed. That the characters do accept this without question makes it more difficult for the audience to do so. The Vatican Tapes does bring up a concept that many people of faith might have conveniently forgotten, and this is where the true Horror lies. Although the film’s conclusion might be a bit too dramatic, especially for those who prefer more subtle Horror, it will raise some interesting questions for those of the Christian faith. 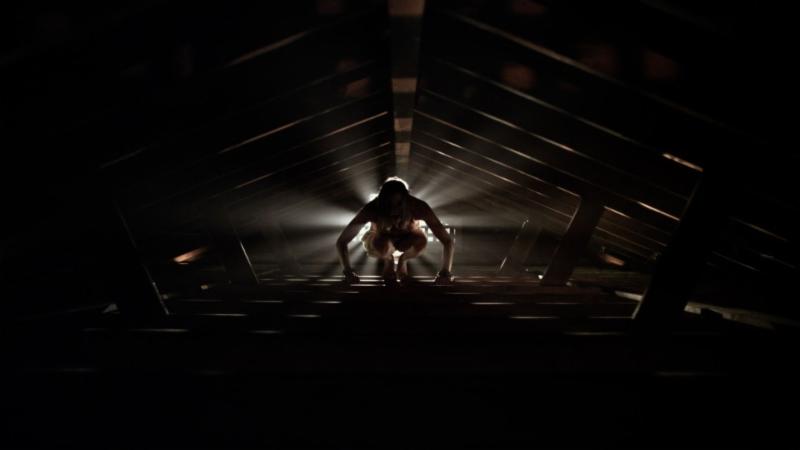 The Vatican Tapes offers a unique spin on the Demonic Possession sub-genre as far as plot goes, but the execution is somewhat derivative. To be fair, perhaps the motifs that appear in such films are so familiar because they draw from the many supposed real-life accounts of demonic possession. It is possible that what viewers are most likely to criticize about this film is simply the result of good research on the part of the writers. Nevertheless, fans of the genre will have fun watching it, but they will probably not hold it in as high esteem as other films of its ilk. Christians, however, will be truly frightened since, as revealed at the end of the film, possession is a mere inconvenience in comparison to what the devil really has in store. The Vatican Tapes hits theaters on July 24, 2015. Please note, it is highly recommend that in order to avoid spoilers, viewers avoid the trailer for this film. CrypticRock gives The Vatican Tapes 3 out of 5 stars. Those who are religious can add a star. 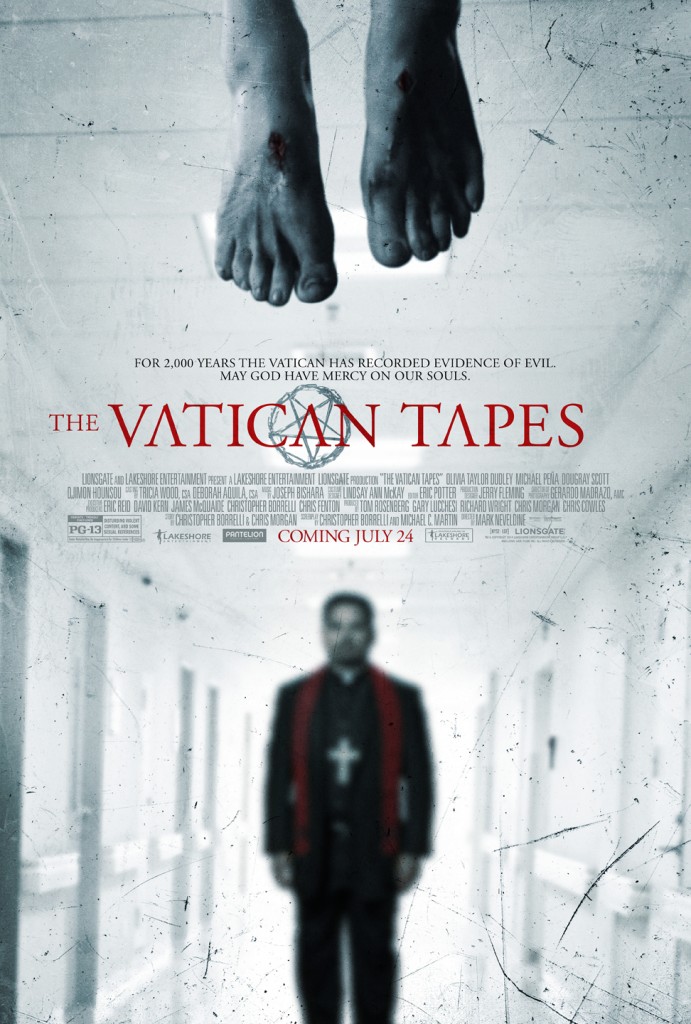