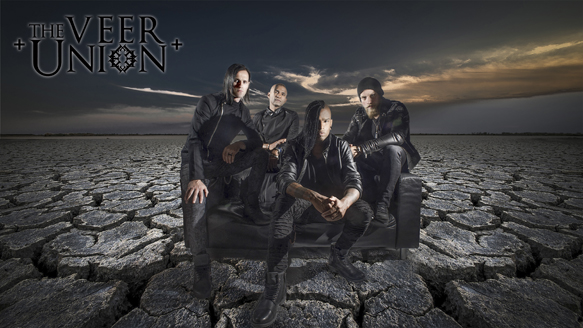 The Veer Union was began in 2004 by Vocalist Crispin Earl and then-guitarist Eric Schraeder. The Vancouver, BC band gained a swift following thanks to the impressive range and effect of Earl’s vocals against impassioned instrumentals, creating an ambiance and affect unlike many of their contemporaries. After a shift in lineup and band dynamic, in 2013, Earl was left as the only original member of The Veer Union. So, in the wake of his newfound one-man band status, Earl persevered and went on to release an EP, titled Life Support, in December of 2013. In 2014, the band released a deluxe version of their 2012 album, Divide The Blackened Sky, on Pavement Records, which featured a fresh rendition of the single “Borderline” featuring Art Of Dying vocalist Jonny Heatherington. Earl has since reconstructed the band with Ryan Ramsdell on rhythm guitar, Amal Wijayanayake on bass, Tyler Reimer on drums, and Dan Sittler on lead guitar. Now, The Veer Union have released their first album as a newly reformed entity, Decade.

Decade begins with the powerful and poignant “Defying Gravity.” The power in Earl’s voice tears through the heft of the percussion and the assembly of strings to pierce the ear and shake one’s core. The shred of the guitar drives the song with an unprecedented power. “Watch You Lose” rolls in next, a bit softer, but still with great energy and determination. The bouncing drums and mellow undercurrent give this track a different feel that both breathes a determined spirit and yet seems to glide effortlessly through transitions. Sliding in with an icy coolness is “You Can’t Have It All.” The seamlessness of its melodies makes it a standout as a smoother and self-actualizing track with the seemingly intentional understatement of the power in Earl’s voice as well as the ebb and flow of Ramsdell and Sittler’s strings.

“I Said” opens on a somber note, with heavier footprints than its predecessors and more present synthesized effects on both the instruments and vocals. It has a very heart-rending aura which rings reminiscent of bands like Sevendust and Nothing More. The depth of its effects is largely due to the production use of carried notes, elongated pauses, and use of empty space; the use of restraint. While it can be difficult to find, in an age of over-production, often the most emotive pieces exhibit an extraordinary use of restraint against overproduction and effects layering.

“Make Believe” rings out with a combination of strength and sobriety. The song relays a message of facing the truth and not forcing an illusion in the face of the startling reality. It features great extension by Earl and vocal diversity which is played well against the percussive strength of Reimer and Wijayanayake. “We All Will” rolls in elements that feel Punk inspired with an anthemic soul that drives the heart of the song throughout. It is a call to arms to rise up in the face of adversity and to pick yourself up from a fall. There is something innately heroic and triumphant about this kind of song, and “We All Will” carries that torch well. “I Don’t Care” is telling the tale of life after a toxic relationship and finding the freedom that comes from indifference. Earl sings,“Can’t feel the pain ‘cause I don’t care.You’re not there and I don’t care.” It is therapeutic, cathartic, relatable, and refreshing.

“Heart Attack” has an inspiring bouciness that is almost contradictory to the darkness conveyed in the chorus. It is an ironic kind of cheerfulness that the percussion provokes while lyrically relaying the slow, oncoming, hopeless darkness approaching the offender. It is infectious and catchy in its delivery while purveying a message of inevitable self-destruction and the anticipated fallout. “The Underrated” closes out Decade with an echoic and ethereal opening that is refreshing and uplifting. It has all the markers of a quality Hard Rock tune while delivering heavier riffs, and more intricately orchestrated chords. It feels like an up sweeping wind, gaining momentum throughout the song before fading and finishing with a final chord.

The Veer Union and founder Crispin Earl have had their ups and downs, but Decade does well at depicting Earl’s musical journey and a variety of emotions. While there are moments where some of the tracks do seem to blend together in a way that can be a bit confusing, overall it plays well, evenly and distinctly from beginning to end. So, if one is looking for an ethereal and atmospheric Alternative album that tells the tale of the underdog comeuppance, Decade may be the journey. CrypticRock gives The Veer Union’s Decade 4 out of 5 stars. 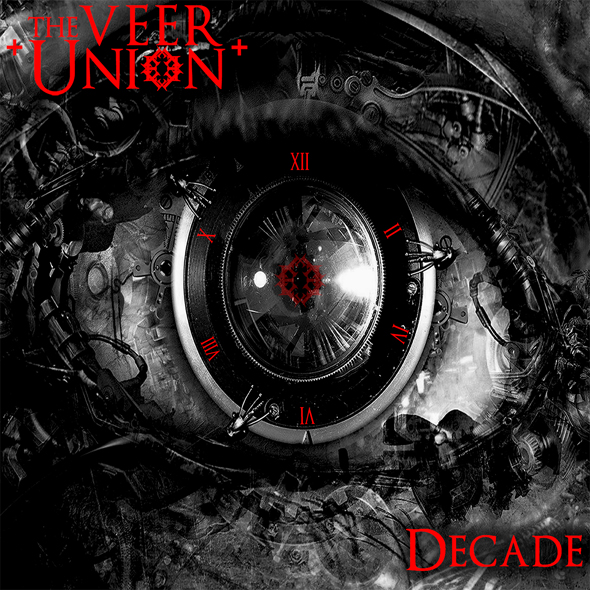