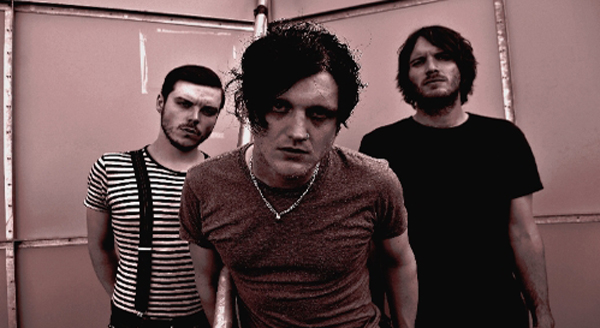 The British rock trio The Virginmarys have just been announced to tour with Buckcherry beginning March 12, 2014 in Anaheim, CA. The band premiered their new video for the explosive song “Just a Ride” with VEVO last week – view it HERE. It’s a song which MTV Buzzworthy describes “…sounds like the Foo Fighters after a semester abroad and a couple pints of Guinness.” The video was directed and produced by Sitcom Soldiers and stars Ciarán Griffiths who plays Mickey Maguire on the UK version of the show Shameless.

After coming off of a breakthrough year in 2013 with their Wind-up Records debut album King of Conflict, “…one of the best rock albums of 2013” hails USA Today, The Virginmarys are currently in the studio working on material for their next album. They’ve amassed a diehard international fan base and have garnered high praise in the press and from the industry alike. Kerrang recently gave the band a 5K show review, A2IM honored the band with the “Up and Comer” Award and they won “Breakthrough Rock Band of the Year” at the UK Classic Rock Awards. They were also recently confirmed to play Sonisphere at Knebworth Park July 4-6 2014.

Since then they have garnered a lot of love and support from iTunes who gave them the much-coveted “Editor’s Choice” honors and a history-making iTunes Single of the Week feature for “Just A Ride.” Two versions of the song (the amped and acoustic renditions) were featured as part of iTunes’ “Single of the Week” program – it’s the first time ever that iTunes has singled out two songs from the same album in the same week.

King of Conflict debuted in the top 10 on the Billboard Heatseekers Chart and earned stellar reviews – Billboard praised “…the long-anticipated debut from the British rock trio, makes the wait worthwhile. It’s an onslaught of garage-y, blues-steeped retro ravers…” and Alternative Press spotlighted the group as “A Band You Need To Know.”

Last year they played a successful coast-to-coast tour of the United States as well as some key European dates, including with one Queens of the Stone Age, and played key festivals such as Voodoo, T In The Park, Reading and Leeds.