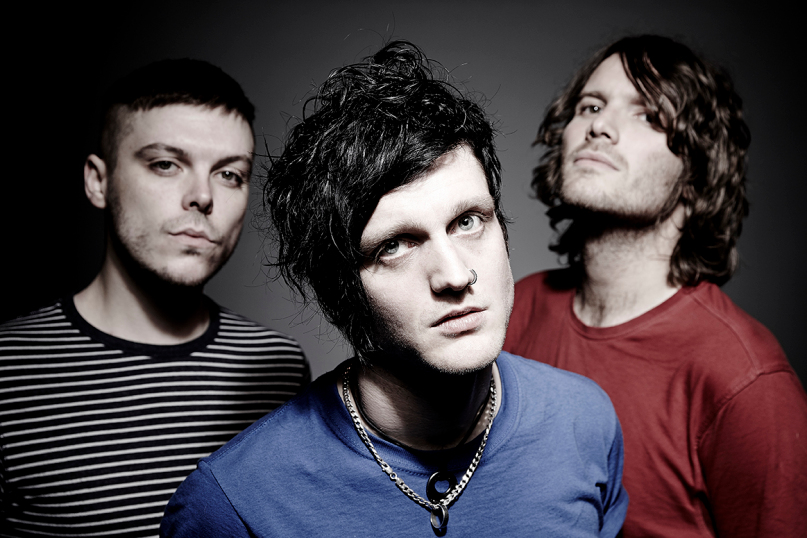 When it comes to being vocal about today’s political issues, drugs, record labels, and being taken advantage of, naive Punk trio The Virginmarys do not shy away. Hailing from Macclesfield, England, the band made up of Vocalist/Guitarist Ally Dickaty, Drummer/Backing Vocalist Danny Dolan, and Bassist/Backing Vocalist Matt Rose have a lot to say using their music as a platform. Working hard to early on touring, The Virginmarys would build a name for themselves independently releasing a series of EPs between 2010 and 2012. Proving that their determination did not go unnoticed, the band was picked up by Double Cross/Cooking Vinyl (in Europe), Wind Up Records (United States), and Hydrant Music (Japan), to which they went on and released their debut full-length King of Conflict in 2013. Showing a progression in their sound from their earlier Punk styling, The Virginmarys offered an album that gains attention from Rock fans all over the world.

Gaining their first taste of real commercial success, The Virginmarys did not rest on their laurels and continued to constantly work on their next move, piecing together new songs for their next album. Thus, they entered Rockfield Studios in Wales in the spring of 2015 to record what would be their sophomore effort, Divides. An album which they would team up with famed producer Gil Norton, Dickaty enthusiastically told CrypticRock, “It was incredible with a producer which has produced Foo Fighters, Pixies, and albums that you continue to go back to as you are growing up. To have that guy saying how good these songs are that you have written, we just went with it and played our hearts out, gave a lot of the control to Gil, and it made up the album that we are coming out with.” Releasing on May 6th via Wind Up Records, the album possess a Classic Rock vibe with true Punk Rock form focusing on a varied of social issues.

Beginning the journey, “Push the Pedal” starts off Divides with a killer solo bass intro and guitar playing underneath, followed by a steady drum beat. As the song progresses, Dolan, Dickaty, and Rose provide a steady Hard Rock performance with a Punk edge provided in Dickaty’s voice. He ends the songs with a screaming “Just push the pedal and drive,”  making it perfect way to get fans revved up for what is to come. With an in-your-face guitar riff starting off “For You My Love,” Dickaty sings with pure conviction in his voice. The song continues with a steady percussion section and strumming guitar in true Rock fashion, but the true magic comes in the catchy chorus. Then there is “Halo in Her Silhouette,” which is truly a Punk-based song in every aspect. Here, Rose provides the bass line that remains the main musical focus as a heavy drum performance by Dolan adds to the richness. On top of it all, Dickaty gives the listener a true raw singing and screaming mixture while a steady rocking guitar adds a strong rhythm.

A rolling drum solo starts off “Free to Do Whatever They Say” as a steady bass and a intense guitar performance mixed with growling vocals by Dickaty pick up the energy, speaking of mind control, raising the question are we as free as we would like to think? Complemented by the chant backing vocals, the vibe of the track will unquestionably have listeners wanting to sing along and raise their fist in the air. Next comes another raw Rock guitar driven track, entitled “I Wanna Take You Home,” that channels the feeling of Classic ’60s Rock ala The Yardbirds and The Animals. Showing more of their influences of British Rock bands that came before, “Walk In My Shoes” is a slower tempo song with a beautiful vocal performance that sees Dickaty go from both sides of the spectrum of relaxed singing to ruckus screams.

With an 1980s sound, “Kill the Messenger” sees Dickaty’s vocals go from singing to raw screams again as it starts off slow but turns heavier. A gradual build, their is also a Native American vibe layered deep down in the song. Thereafter is “Into Dust,” one of the first songs the public heard from Divides back in 2015. With a darker tone, the song was the first introduction of something more that The Virginmarys had to offer. With some nice guitar textures in the verse and chorus, Dickaty takes it to the gut with a potent combination of personal lyrics and tone in his delivery. Then “Moths to a Flame” is a beautiful Punk Rock ballad with more emotional singing and almost an orchestrated vibe to the musical backdrop. Written after Actor Philip Seymour Hoffman passed, Dickaty stated, “It’s so horrible when you know that incredible talents are fighting demons with substance abuse, and in the end it seems that the demons are too strong.”

With Divides drawing near its close, the fastest pure Punk Rock cut comes with “Falling Down,” which provides the listener with razor-sharp guitar riffs, rolling bass performance, and Rose dominating on drums. This is prior to “Motherless Land,” the band’s most recent single. With a Coldplay vibe, the catchy tune provides a clear performance by vocals, percussion, and guitar that is a radio-friendly song, but with the spirit of conviction that comes through with a political statement. This leads to the finale of the record with the ballad “Living in Peace,” which features Dickaty on acoustic guitar, strumming away while he sings melodically with an undertone of an orchestration in the back.

The Virginmarys have become the new face of Punk Rock for a new generation of fans. While more Rock-n-Roll leaning sonically, the thought-provoking lyrical content is what brings out the Punk and important message. They have something to say, but do not shove it down the listener’s throat. When asked about the concept behind Divides, Dickaty told CrypticRock, “There is a strong message of love, hope, and truth.” A truthful evaluation from the creator himself, Divides is an album that will draw a broader audience in with its diversity. A roller coaster ride from beginning to end, CrypticRock gives Divides 4.5 out of 5 stars. 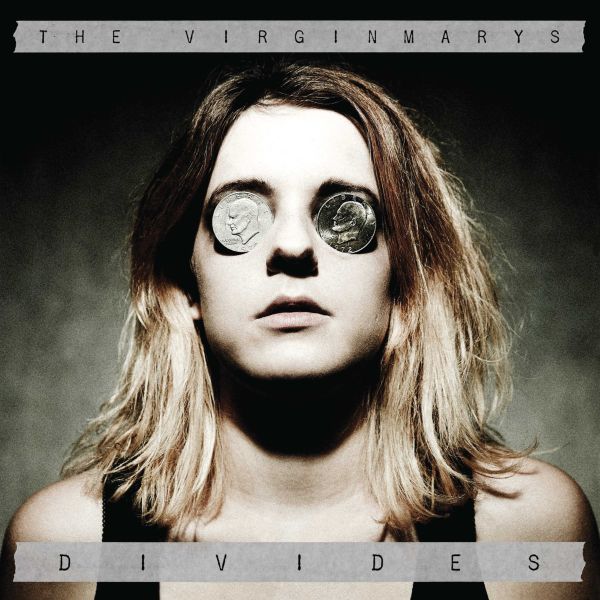