In the latest episode of The Walking Dead, Crossed, the audience encounter four key scenarios – Abraham’s group who recently took a disappointing turn on their trip to Washington, inside the hospital where Beth tries to save Carol’s life, downtown Atlanta where Rick and his team are in a rescue attempt, and the church where Father Gabriel is still coping with his new surroundings. 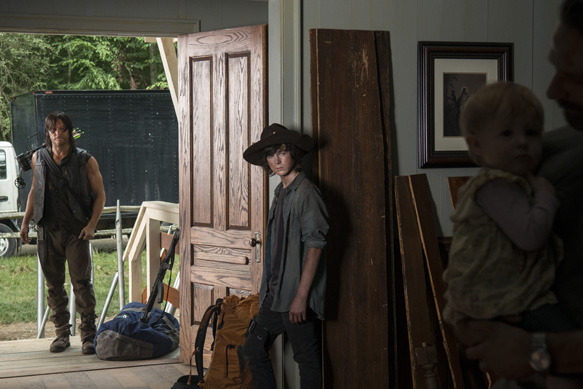 With Daryl and Noah having returned to fill the group in about Beth and Carol’s whereabouts, they immediately begin making weapons, tearing apart the church and taking whatever they may need. The rescue team involves Rick, Daryl, Noah, Tyreese, and Sasha, who among themselves develop two key plans; Plan A – guns blazing and taking out everyone who is a threat, Plan B -kidnap and swap method, hoping no lives will be lost. Deciding to go with Plan B, they use Noah as bait, luring in three of Dawn’s fellow police officers and take them hostage.  After a brief scuffle to break free, the police officers submit and agree to work with Rick and company.  Seeming trustworthy, all goes accordingly until Sasha is left behind after Rick and the gang leave.  Sasha, still vulnerable after the loss of Bob, is manipulated into turning her back by one of the mild mannered hostage cops named Bob, who quickly knocks her out and escapes. 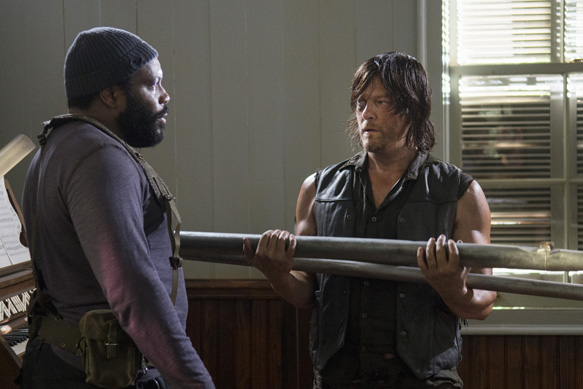 Within the hospital, Beth is tending to cleaning duties, previously Noah’s job, when she overhears Dawn talking to one of the cops on her team. He mentions that Carol was almost dead and using the machines on her would be a waste of time. Beth quickly argues, and Dawn agrees with the cop, but after he leaves, she secretly gives Beth the key to the medicine cabinet. She tells her to save Carol’s life on her own. a surprising turn for a character who has been thus far cold and threatening. Beth seeks the advice of Dr Edwards, who quickly realizes Dawn trusted the key to her. He suggests giving her a lethal dose of epinephrine, a detail surely picked up by anyone with  medical training.

Back at the broken down fire truck, Eugene is still knocked out, and Abraham seems to be completely shut down as well. He has no dialogue at all in this episode. Maggie stays behind to watch things as the rest scout for food and water. On their journey, Tara points out Eugene’s side, that he used the only skill he knew to survive, which has worked thus far, and maybe there is room for forgiveness. This is suggestion is lost on Glenn. After Maggie builds a quick fort for Eugene to get him out of the sun, she scolds Abraham to get over himself, as he is not the only person who has lost something.  Meanwhile, still coping with his demons, Father Gabriel is in utter dismay within the place that has been his sanctuary. As he attempts to scrub the blood from the floor, Carl tries to reason with him that he has to defend himself in this world. Feeling ill, Gabriel claims he needs to lie down, however,  this is just an excuse to rid himself of these people and escape through the floor board, right under the carved words that constantly haunt him, “You’ll burn for this.” 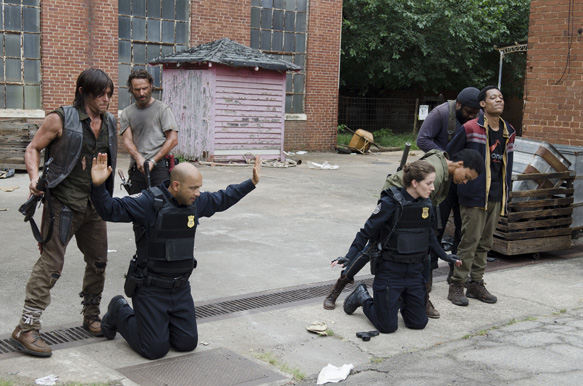 The makeup and effects on The Walking Dead have yet again raised the bar in Crossed, by developing walkers that are melted into the asphalt; a scene showing the after effects from Season two, where Lori and Shane watched the military burn Atlanta in an attempt to quarantine the newly spreading disease. Using both live actors and mannequins, the stars of the series claimed while filming, they were stunned, as they could not tell which was which until the actors actually started moving. The fight scene with Daryl and one of the other officers was brilliant, as the audience got to see Daryl make a weapon from the head of a nearby zombie, poking through the eyes like a bowling ball and ripping it right from the body.

With the mid-season finale quickly approaching, the world eagerly awaits the outcome of the beloved characters. Will Rick and his team make an exchange with no one dying? Did Beth actually follow Dr Edwards advice, or was she seeing if she can actually trust him? Will they forgive Eugene? Will Father Gabriel finally forgive himself and realize the new world that surrounds him?  With so much at stake, there is sure to be many nail-biting scenes as the first half of season 5 comes to a close.  CrypticRock gives this episode 4 out of 5 stars. 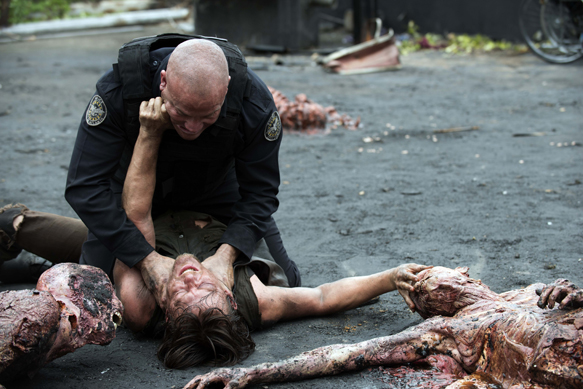