Prior to the season finale of The Walking Dead, the tension was put into place with East on Sunday, April 27th, which showed the beloved characters reach a juncture of no return that will take them on a much darker path. They have declared war with The Saviors, who are right on their heels, and it is only a matter of time before Negan makes his infamous debut. 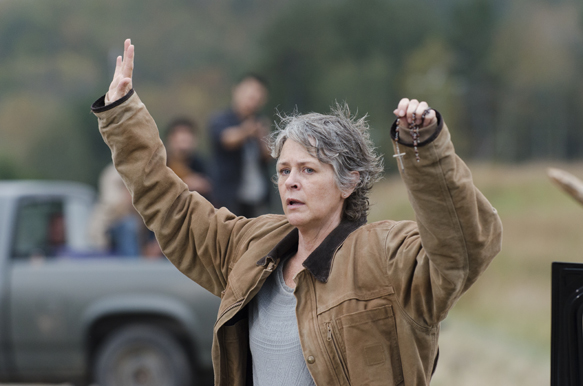 With the recent and tragic loss of Denise, both Daryl and Carol have internal struggles. Acting out of anger, Daryl heads out to seek vengeance on Dwight and his crew. Rosita, Glenn, and Michonne quickly follow, only to all be captured, Dwight getting the jump on them once again.

Carol, who is in the midst of escaping herself, chooses to leave Alexandria. A truck full of Saviors pass by and quickly shoot our her tires. They reveal their plan to her on heading to her camp, which they already have knowledge of. Always the master of disguise and staying one step ahead, Carol takes them out with a hidden gun sewn into her jacket.

Rick and Morgan, together, looking for Carol, approach the scene soon after, and take off on foot through the field. Morgan takes it upon himself to confess the hostage situation, putting things into a different perspective for Rick. They decide to split up, Rick heading back to Alexandria, while Morgan continues to look for Carol. On every angle, The Saviors are close by. 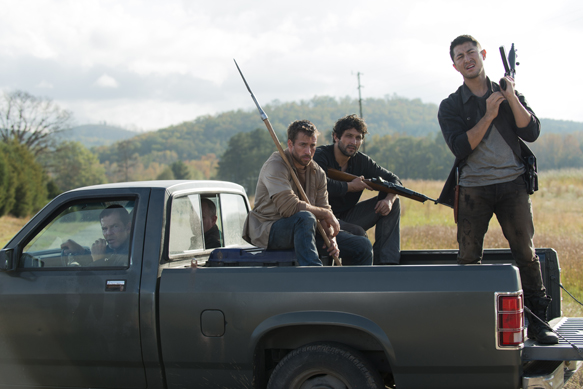 Throughout the seasons, we have watched most of our characters morph and evolve to survive their new world. No one has come as far as Carol, and in this second half of season 6, she was able to get a good look at herself, and apparently does not like what she sees. Perhaps it was Sam’s demise, or Morgan’s words that struck a cord, but exiling herself shows that Carol does not like who she has become. Even faced with the situation yet again, taking out even more enemies could possibly send her over the deep end. It is a wonder of what her late husband Ed would think of her today.

Daryl acting out of anger should be of no surprise, as he always had that in him. It is unfortunate that these new enemies seem to be just as good at tracking as he is, and were one step ahead in this situation. Similar to the cliffhanger regarding Glenn back in episode 603, Thank You, the audience is left tortured on the idea of Daryl being shot dead or injured. The last words heard from Dwight aren’t too comforting, but leave many with some hope.

While looking for Carol, Rick and Morgan get the opportunity to connect and shed light on some things. After finding the slaughtered Saviors, Rick mentions that there must be more, realizing the infirmary they hit was not even half of this group, mentally preparing himself on the next course of action. Morgans confession regarding the Wolf and bringing it full circle with Denise and Carl seemed to hit home with Rick, telling him people can come back, as those are the exact words Rick used for the Governor right before he killed Hershel. 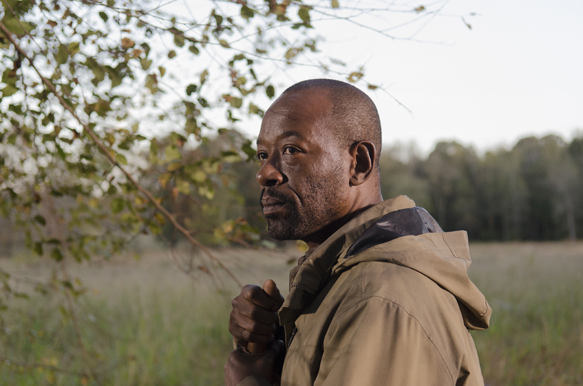 Besides plot and dialogue, the use of camera angles really helped to display this weeks story. Maggie, seen in the rearview mirror as Glenn drives away could be a painful goodbye, her having pregnancy troubles could be a bad omen as well. While Carol pleads with The Saviors, there is another focus on her rosary right before she takes them out with her hidden gun, drifting between who she is now and who she wants to be. Rick and Morgan finding a Walker too similar to the likeness of Carol raised some eyebrows, but her whereabouts is still a mystery, the Walker portrayed by Melissa McBride’s stunt double, Crystal Kaufman Davis. Hopefully this is not how we see Carol next, just like we did for her daughter Sophia. Comic readers may have also caught a possible clue on the plot direction of season 7 with the man who was able to escape Rick and Morgan.

With the situation taking a pivotal turn, East left the audience with many questions and eagerly waiting for the season finale, Last Day on Earth. All these moments have led to the arrival of one character – Negan, portrayed by Jeffrey Dean Morgan (Watchmen 2009, Grey’s Anatomy series). Comic readers know his name and what he is capable of, but it is always hard to predict what the writers will commence on the show. Each storyline was the perfect setup, a tease for the inevitable ninety minute ending Sunday, April 3rd with Last Day on Earth. CrypticRock gives East 4 out of 5 stars. 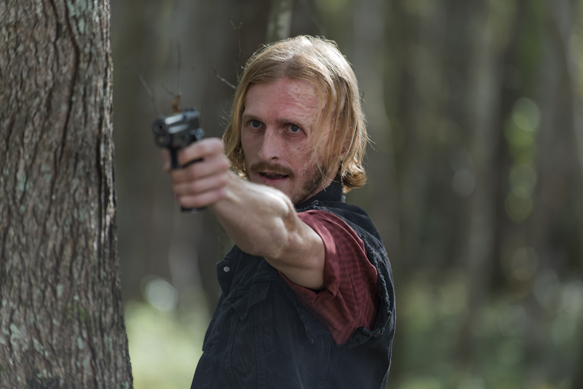