The season premiere of AMC’s The Walking Dead began in a big way on Sunday October 10th, kicking off with the biggest herd of walkers to ever be displayed on the show thus far in the episode entitled First Time Again. Following six months of anticipation from a still-rising fanbase, First Time Again also set the tone of where the group last left off and where they are going. Told in intervals with the recent past and the current conflict, cast and crew wasted no time to kickstart Season Six in an artistic, unique fashion. 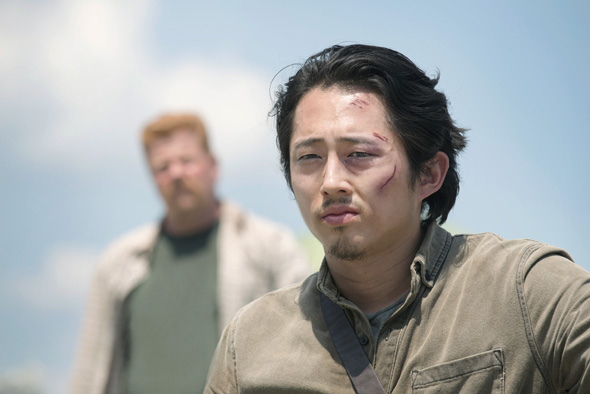 Upon the group first entering Alexandria, it was a rocky beginning to say the least. Coming from the opposite end of the spectrum, just about everyone had trouble coping inside the walls. The drama was not without casualties for both parties, and created even thicker tension for the community. Rather than dragging these conflicts out any further, most of these ends have tied, for Season Five has already showed us there are much bigger threats to worry about.

Deciding to bury Pete outside Alexandria, Rick and Morgan discover a quarry filled with thousands of walkers. Before they can breach the barrier holding them in, Rick sets a plan to action to lure them away from the community, a true test on whether or not they can work together. Only one protests, a construction worker named Carter (Ethan Embry: Empire Records 1995, Can’t Hardly Wait 1998) who claims the idea to be a suicide mission. With a little more motivation from Deanna, he eventually falls in line and does his part. The plan seems to be working, until a horn is heard blasting through the air, turning the walkers off the intended path and heading straight towards Alexandria. 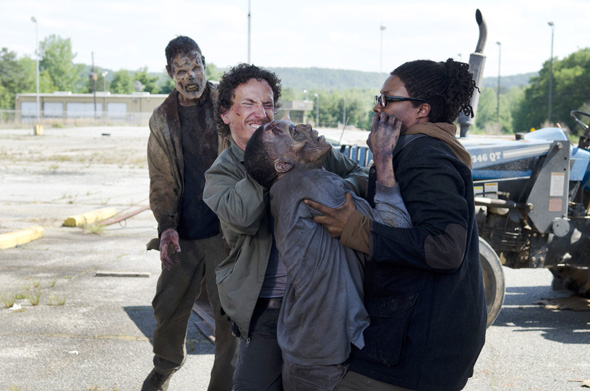 Once again, cast and crew have outdone themselves in both story and visuals. The special effects team did an outstanding job dressing up a sea of walkers, the actual number being around 1000. Although not always recognizable, Kevin Galbraith has been a featured walker in about ten episodes. He is best known for killing Dale in Season Two during the episode Judge, Jury, Executioner, and he also got his skin ripped off by Tara in season five in the episode Remember. Audiences see him again in the premiere, attempting to squeeze through two mack trucks, his “skin” torn apart into flaps that hang off him, a gruesomely impressive scene done mostly authentically.

The mood of this episode was faultless, adding a classic touch of black and white to scenes involving moments that led up to the main situation at hand. Having Morgan reunited with Rick is already a breath of fresh air, as well as Nicholas trying to redeem himself with Glenn. A few humorous moments thrown in was a nice touch, as well as introductions to new characters, Heath (Corey Hawkins: Iron Man 3 2013, Straight Outta Compton 2015) being the most recognizable from the comic. In between those scenes, it jumped right into action, leaving a cliffhanger for Episode 602, entitled JSS, set for premiere Sunday October 18th at 9 PM EST.

Another season of The Walking Dead naturally pulled off another strong start. It is amazing how the creators continue to top themselves, constantly thinking outside the box, and putting so much thought and effort into every angle. With so many frustrating hints dropped in Season Five of the threats nearby, this is likely to be their strongest season yet. CrypticRock gives First Time Again 4.5 out of 5 stars. 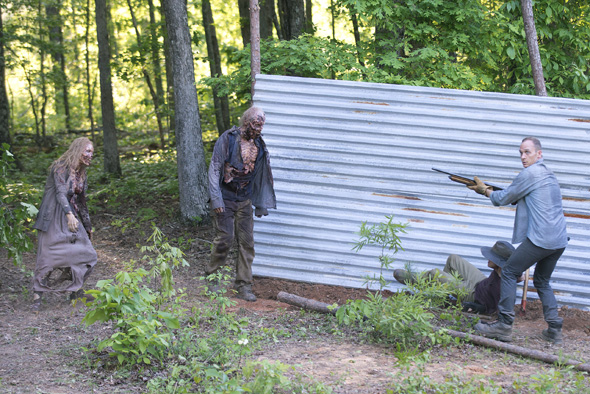