This past Sunday, February 8, 2015, The Walking Dead continued with new episode Forget. As seen in Remember, a few days into being in Alexandria, most of the group are having a hard time coping with their new environment. With the fear of becoming weak, they still fear giving in to the cozy life in this new community. Sasha still seems to be teetering over the edge, inviting danger to come her way.  This is seen while having a moment during target practice outside the walls, most likely to take her anger out in utter frustration or merely give up. The cocktail party does not pan well with her, beside herself , that the biggest worry to the women was to cook the wrong dinner. 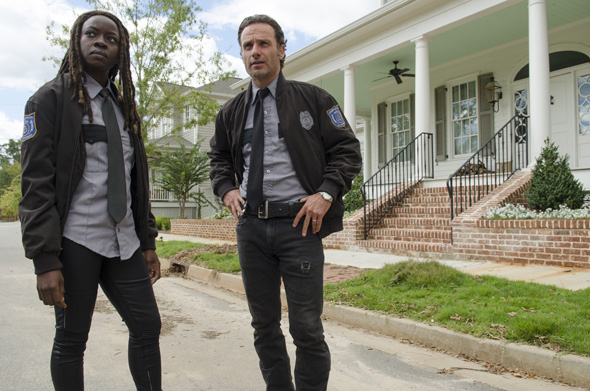 Rick is treated like a celebrity, being praised for the lives he has saved thus far, and granted the role of constable, with Michonne as his partner. He continues his hunting instincts, this time his eyes on a different prize, a married woman named Jessie. It is hard to predict what rational thought is going through Rick’s head at the moment, especially when the couple is passing him by on a routine walk and he places his hand on his gun with an evil smirk and glimmer in his eyes. Fans are left seeing Rick caress the wall, with a Walker on the other side, deep in thought.

Carol continues her spy tactics, talking baking recipes with the locals and playing dumb about her gun skills. Playing the part, Carol keeps her edge while scheming with Rick to take a few of their guns back. She is unfortunately spotted by Jessie’s son, Sam, during the heist. With viewers remembering the “look at the flowers” moment, her next speech is utterly terrifying, promising plenty of cookies for his silence if he wants to continue sleeping peacefully in his own bed, and remain safe within Alexandria. 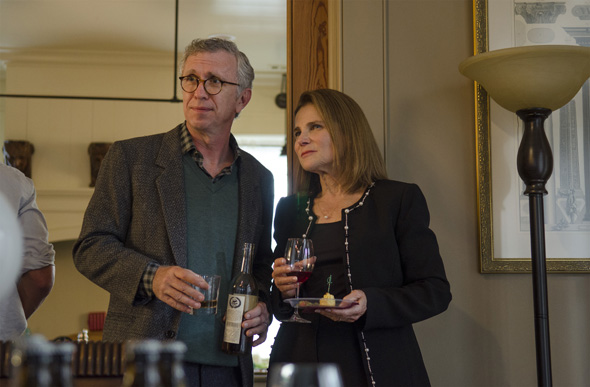 For another slower paced episode, quite a few unexpected events take place, plus the audience learns more about the mindset of the current population of Alexandria. Out of all the events the main stars have been through, a social gathering is by far the most foreign event they can be a part of, given their recent history. It is like they almost feel guilty for sharing a laugh or having a drink without a constant look over their shoulder. 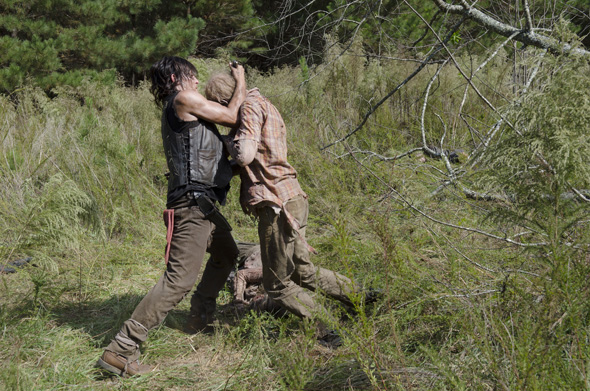 Michonne mounting her sword was a powerful moment, as she is the most optimistic out of the group, hoping for a better life from here on. She decides to remove herself of the weapon she has depended on for survival for so long, allowing it to display a part of her past much rather forgotten.

A heartbreaking scene to view was the demise of “Buttons,” a wild horse Aaron spent months trying to catch and domesticate. He gets help from Daryl, the one person with just as much, if not more, experience. With the idea of being in the open for so long and having a similar beast-like or animal instinct,  Daryl creeps in to lasso the horse, with no luck. The moment to follow is a strong symbol for the current situation. A life that managed to survive fine on its own, until others tried to help and tame it, shortly led to its termination. Could this possibly be a symbolism of what Alexandria may be?

After dealing with life threatening situations for so long, one can imagine that in order to survive a harsh and unforgiving world, at times, they need to become the threat. This can come at high costs, interfering with possible innocent lives, just to become one’s own enemies of the late past. CrypticRock gives Forget 4 out of 5 stars. 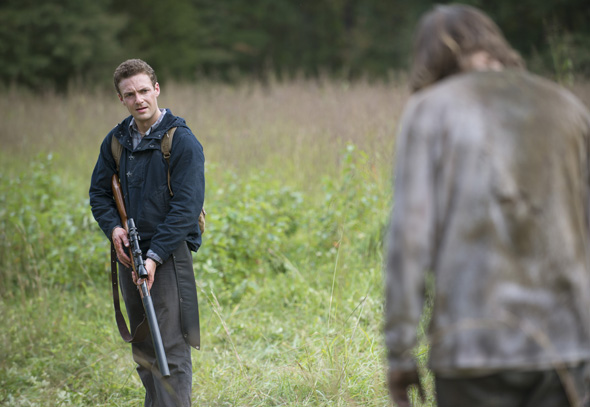